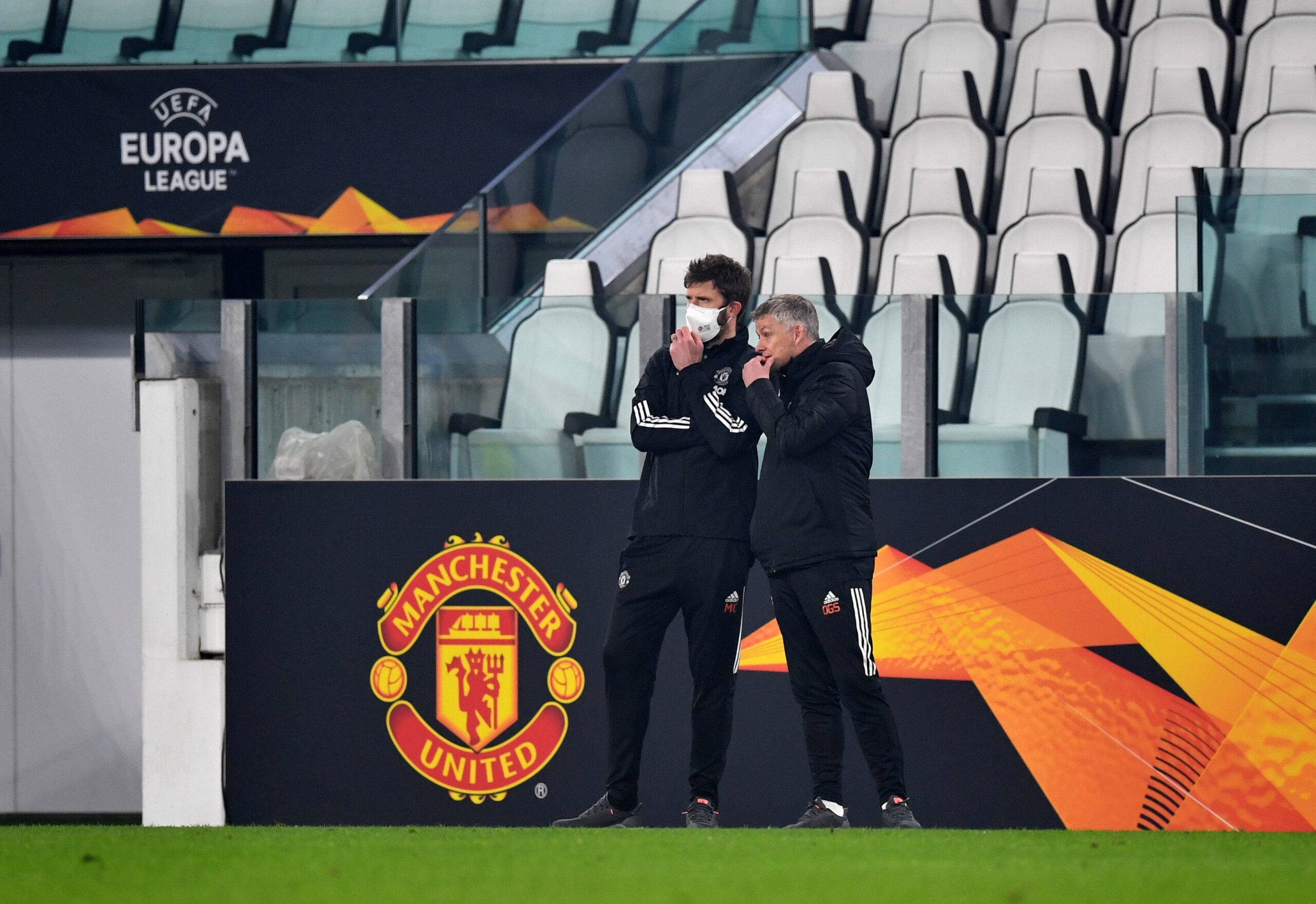 United’s Europa League campaign got underway in the neutral venue of Turin and against Real Sociedad, who led La Liga for some time earlier in the season. Given the nature of the competition and a number of injuries, the squad saw a few new names amongst its ranks: most notably youth signings, Shola Shoretire and Amad Diallo.

As was to be expected, Ole named a side with a few select changes. Starting with Dean Henderson between the sticks, the defensive line also saw the return of Eric Bailly and Alex Telles – both looking to fight their way into the starting 11. Beyond that, the only other inclusion of note was that of Dan James, playing off the right as Rashford was favoured down the middle for once.

Things started at some kilter, with decent chances for both Januzaj, Rashford and Isak, all within the first minute or so. Whilst it looked to be an exciting, end-to-end game already, both team’s defences looked to have familiar frailties. Either way, the game did look to suit United’s default counter-attacking game – the likes of Rashford, Greenwood and James primed to make the most of this.

After a slightly frantic opening five minutes, the next ten or so found the two sides try to calm things down somewhat. Both enjoyed their time moving the ball up field but most things tended to break down deep into the last third – the final ball just not quite there in these early stages.

The next big chance came just after a quarter of an hour and from McTominay, once again – oft amongst the goals this season. Making a simple run into the box, the angle for his shot was narrowing and though Rashford was there for a precise yet possible square ball, he had the confidence to take on the chance. Positive play all over the pitch so far.

A few minutes later, a really dangerous move on the break saw Rashford through on goal fail but still fail to test the keeper; going for neither power nor placement, he hit the ball straight at him and Fernandes’ second-ball header being cleared off the line. Signs of serious threat from United but yet another where the number ten should have done better.

Following this period of pressure, it was Sociedad’s turn to try and get up the other end. Despite many expecting David Silva to be the thorn in United’s side (as he has so many times over the years), it was Mikel Merino who stood out most for the Spanish Side. As well as his distribution, setting off a number of the forward moves they enjoyed, his awareness and calming temperament made sure the Spaniard’s stuck to their game and way of playing.

After withstanding this spell with relative ease, we eventually saw Bruno open the scoring in the 26th minute. After his spectacular volley against Everton, he didn’t have to do much to put this one home: simply stepping out of the way of the keeper and the chasing defender, the pair collided to allow the Portuguese to slot home a simple finish. 1-0.

Having now got the goal, the Reds were committed to leaning on the wound, so to speak. A criticism of Solskjaer’s team since he has been in charge is that the players only seem to half-commit to the press, however, they looked much improved in this respect throughout the first half. Nevertheless, Sociedad persisted with their passing-heavy playstyle, very nearly to their detriment when playing out from the back, in particular – Merino’s immense calmness, once again, willing out though.

The temperature starting to cool, the remaining 15 minutes or so progressed very much like that middle period, with both teams able to enjoy the ball and push out from their half. Admittedly, Sociedad continued to try and play possession-based football, whereas United constantly looked to play balls in behind and break quickly.

Apart from a challenge from Monreal on James that should have seen a straight booking, there wasn’t much else to report as the clock ticked on. One sight that would have pleased fans was some good tracking back from Greenwood in a slightly trickier spell for United; desperate to go in at half-time still 1-0 up, it was good to see everyone sticking to the task.

The second 45 began with the balance having shifted back to more of an even keel, with the first moments coming from the previous La Liga leaders. Key block from Maguire just a few minutes into the second half, snuffing out a dangerous ball into the box toward Isak.

A real source of frustration was the continued indecision and over-playing of Rashford. Even though he remains on track to net his best ever tally in terms of goals and assists, his performances of late have seen a real struggle to pull the trigger and play simple – regularly opting for body feints and intricate dribbles when the easy option would do. Then, oh so ironically, he switched things up.

In the 57th minute, he found the ball in left channel and rather than coasting toward the defender, played an incisive ball between the lines. Bruno was ever so slightly greedy and nicked the ball off the foot of James – who may well have still gone on to put it past the keeper – but did well to bury his finish even with the ball slightly behind him. It looked for all the world that he had rendered the move offside but after a quick check from VAR, the ever-aware Portuguese was in line. 2-0.

Almost as if to compound the point further, the counter-attacking set up allowed for Rashford to, once again, receive the ball out wide and off the shoulder of the last man. After a wonderful ball from Fred, he didn’t need much momentum to drag the ball back inside and, at last, was able to slot home a simple finish into the bottom right-corner. 3-0, United now cruising and much better from Rashford.

The floodgates now appeared open and they almost had their fourth only moments after, Greenwood this time finding himself running down that left flank. Nearing the net, he played a simple ball across the box to find James waiting, who easily tucked in what FIFA players would describe as a classic ‘sweaty’ goal. Sadly, Greenwood was just offside and it was chalked off.

As play was resumed, Rashford was ultimately given a rest as his reward for a goal and an assist, with Martial coming on to replace with around 20 minutes to go; the Frenchman is desperate to get back amongst the goals in what has been a difficult patch for him on and off the pitch – tonight looking like a good opportunity.

With around ten minutes to go, Reds around the world were surely wondering whether they might get a glance of either one of Shoretire or Diallo; the game already buried at this point, it didn’t feel like too much to ask. Sociedad weren’t making any real tracks offensively and United were very much dictating every aspect of the game now.

Maybe feeling the eyes of the bench bearing down upon him, James found himself with a good chance to secure his goal, though his strike was easily saved. He was involved in another promising move only a couple minutes later, combining well with Wan-Bissaka before the move ended in disappointment: Martial slowed things down and Greenwood had to settle for a half-decent shot.

Finally, in the 83rd minute, the fans got at least half of their wish, as Greenwood and Fernandes were replaced by Mata and the highly-anticipated, Amad Diallo – both of whom could easily look to get on the scoresheet in this game. A dream debut perhaps?

It nearly came to be in the 89th minute, as James once again went darting down that right-hand side, too quick for any opposition player to keep up. The Welshman looked torn between going for goal and putting the ball across to the back post for Diallo to tap in; ultimately, his slightly curled finish with the inside of the boot snook between the keeper’s legs to make it 4-0 – happy days either way.

James, Martial and Mata all had a few more half-chances in the fleeting five minutes of stoppage time, but the boys already looked as though they were ready for full-time and to get on the plane back home. They soon got their wish and the final whistle blew to draw a line under a much more commanding performance from Manchester United.

It turned out to be a fairly routine victory for Ole’s Reds who will be glad to be back to winning ways and starting to their Europa League campaign so comfortably. It may not be the continental competition they want to be but it’s encouraging to see them take the task and very real prospect of a trophy as seriously as they have the league and domestic cups.

Notwithstanding a mixed bag of a first half, the man of the match has to be awarded to Marcus Rashford. He pushed beyond his early misfires and had the determination and self-awareness to simplify his game in time to be involved in almost everything that United did well.