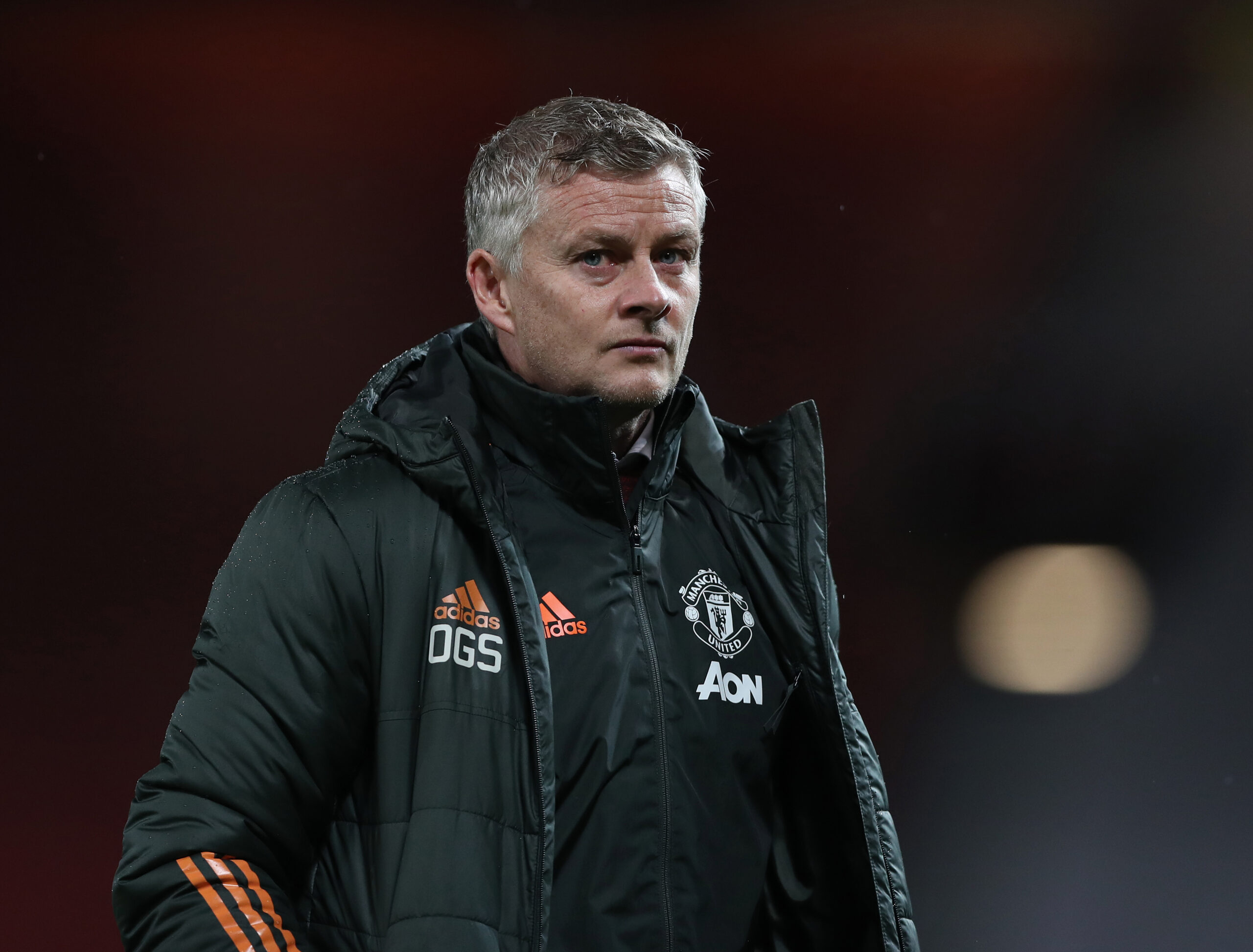 Too soon for a new contract?

Ole Gunnar Solskjaer has done a good job at Manchester United. He took over a squad in December 2018 that was riddled with issues, from overpaid ageing players to individuals lacking in confidence and fitness. That’s before you even get on to the fact that the overall ability in the squad was far from United standard.

In just over two years, he has a sorted a lot of these issues out. He’s removed the likes of Alexis Sanchez, Ashley Young, Matteo Darmian and Chris Smalling while bringing in better, younger and hungrier replacements such as Bruno Fernandes, Aaron Wan Bissaka, and Harry Maguire. Talk about price tags all you like, and make no mistake – United have overpaid for some players, but Solskjaer has done a fantastic job of reshaping the squad at Old Trafford.

On top of incomings and outgoings, he’s done a good job of improving some of the players who had been left hung out to dry by the previous manager. Luke Shaw is undoubtedly the best example of this, going from a player labelled overweight and useless by many to the second best performing player at the club this season behind Bruno Fernandes. Shaw’s renaissance has a lot to do with Ole Gunnar Solskjaer, with the full back mentioning earlier in the week that his manager had played a ‘massive’ part in his return to form.

The 25 year old said “He’s helped me a lot on the pitch, but more so he’s been one of the biggest influences on the pitch too, with the way he handles player. He knows what players need.”

It’s huge praise from Shaw and great testament to Solskjaer’s man management skills that he’s been able to resurrect the career of someone who looked like they were ready to quit football altogether a few years back.

For all the good work off the pitch, however, there are still question marks, for me, on the pitch. Yes, United have had spells under Solskjaer where they’ve been exhilarating to watch but that’s all they’ve ever been; spells. The form book will say otherwise and that United have been fairly consistent all season, but those of us who watch Manchester United week in week out will tell a different story.

There have been plenty of games won thanks to a moment of brilliance from Fernandes, Rashford or Pogba in otherwise drab affairs. This isn’t an issue if it’s happening every now and then, but it’s a regular occurrence.

Another problem that Solskjaer’s United have faced throughout his tenure is breaking down teams who play with a low block, something that is happening more and more often. On the counter attack, this United team are as good as anyone in Europe and that’s no exaggeration. But when teams sit back against us, we look slow, clueless and desperate. Solskjaer’s insistence on playing two sitting midfielders regardless of the opposition doesn’t help. And there seems to be a lack of quality coaching that top teams often require to find the answer to a ‘parked bus’.

Solskjaer’s in game subs are hit and miss and his decision making on team selection is often puzzling. Why he thought an FA Cup quarter final was the right time to rest his two best players is beyond me, as were his comments about not needing to win trophies. Yes, we’re going to end up with more points than we did last season but how are these players going to understand the importance of winning or get a taste for it if we never win anything?

There are rumours circulating that Solskjaer is to be handed a new contract and personally I think this is a bad call from the board. Solskjaer isn’t being courted by any other clubs and even if he was, this is his dream job; he isn’t going anywhere. By tying him down to a new deal, the club are boxing themselves into a corner that they don’t need to be in. I’d wait it out and re-assess this time next year.

I’m far from calling for Solskjaer to get the sack, I just wonder if this is as far as he can take us and there’s absolutely nothing wrong with that. Like I said at the beginning of this piece; Ole Gunnar Solskjaer has done a good job at Manchester United. The key could be finding someone who is better equipped to continue Solskjaer’s good work. I hope I’m wrong.

Right time to show Solskjaer he has full backing?

While mid-season extensions, especially at the head coaching position, are not ideal — more often than not they can be a good thing and spark that something extra in the players and the manager. At the end of the day, getting a new contract before your current one is up is the ultimate seal of approval for the work that you, your staff and the players have put in.

As most topics, this one too is subjective to opinion. But popularly, Solskjaer is arguably the best managerial appointment United have made since Sir Alex Ferguson stepped down from his throne. In advance, this is in no way an attempt to compare the current manager to the greatest of all time. But if you take a quick look at all of Sir Alex’s league finishes in the Premier League era, his success was built on stability. He cracked a sustainable winning formula. United never finished below third.

In spite of Solskjaer not having gotten his hands on any silverware just yet, he is the first manager post Sir Alex to bring back the belief that the United of old is not dead and buried. The four semi-final and one quarter-final loss will always be held against him, but perhaps those are just bumps and bruises along the way to achieving something greater.

One of the most frightening stats about post Sir Alex United is that no manager has been able to record consecutive Top Four finishes. From a perennial Champions League player, United turned into an inconsistent side that is known for bouncing around European competitions. Whether it was David Moyes, Louis van Gaal or Jose Mourinho, you could never really tell exactly what direction United as a club were heading in.

Now, that has changed. When Solskjaer said that winning the odd trophy can act as an ego feeder to manager’s rather than be a real reflection of a club’s progress, he was right — as outrageous as those quotes may have looked in a 280-character tweet by an agenda driven journalist.

You only have to perform in around 10 games in a cup competition (give or take) in order to be in with a good shot of winning. But what next? If you win a trophy but finish eighth that season and tenth the next, is that progress? Is that a promising sign for the future? Or is it short-term joy overshadowed by long-term suffering?

You can say anything about Solskjaer, but one thing is for certain, his ego has never been at play here. With the fickle fan culture of today, the Norwegian club legend has actually put his personal reputation at stake in order to try and fix his beloved club. A sleeping giant that has been wounded by many who did not have the club’s best interests at heart in the past.

Even though Solskjaer’s United have not won a trophy yet, you get the feeling they’re getting there. With the controversial trophy quote, Solskjaer also said that if you are winning every week in the league, trophies will come. Success comes with being consistent. And that’s why according to the manager, progress is best reflected in league position, the competition where you have to prove your worth every week, 38 times.

United have only lost in the league four times since February, 2020. Granted, there have still been too many draws. But Solskjaer immediately addressed United’s consistency issues with solid business in the transfer market. Winning consistently over the course of a season is a better way to lay down the foundations for sustained success than occasional glory.

Ultimately, winning the Carabao Cup and finishing sixth in the league is not good enough and not what this club is after. The fact that big name managers of the past could not, but Solskjaer is about to record consecutive Top Four finishes at his first time of asking speaks volumes to what their respective intentions were and are.

Third in his first full season and on pace for second in as many, Solskjaer wanted to first and foremost stabilize this enormous ship and direct it right back where it belongs, onto the biggest stage. The last two managers were finishing closer to mid-table and boasting new additions to their personal record books.

Solskjaer fixed the transfer policy, cleared out deadwood, revitalized a stagnant academy and refreshed the first team squad with a mixture of world-class and promising youth all in the space of just over two years.

With limited squad resources in comparison to some of his foes, Solskjaer has been able to achieve some big things, even though they don’t show up in the trophy cabinet. Now that the club feels more secure than ever before over the best part of the last decade, it is time to start making the next steps.

All the positive signs you need are there. The football is better, albeit not consistently enough yet, the results are better, the league progress is there and United are competing on all fronts in spite of the squad not yet being deep enough to do so to a point where it becomes a trophy winning machine again.

That is the next step. Giving Solskjaer a new deal and backing him with all their might is probably the best thing United could do this summer. He is the right man at the right time for this club. He has performed a cultural reset, put the club back on its feet and made fans believe again all without ever getting most of his first choice targets in the transfer windows.

While Solskjaer, like anyone, has his flaws; he has proved that he is a capable coach and capable of out-coaching better opposition, but that can only take you so far. There is, however, enough evidence to believe that if provided with better tools, United can take the required leap and get back to winning ways under the man who has already taken them this far.

What does Paul Pogba’s future look like?
The future or the present? United continue to look better with Greenwood as their No. 9
To Top