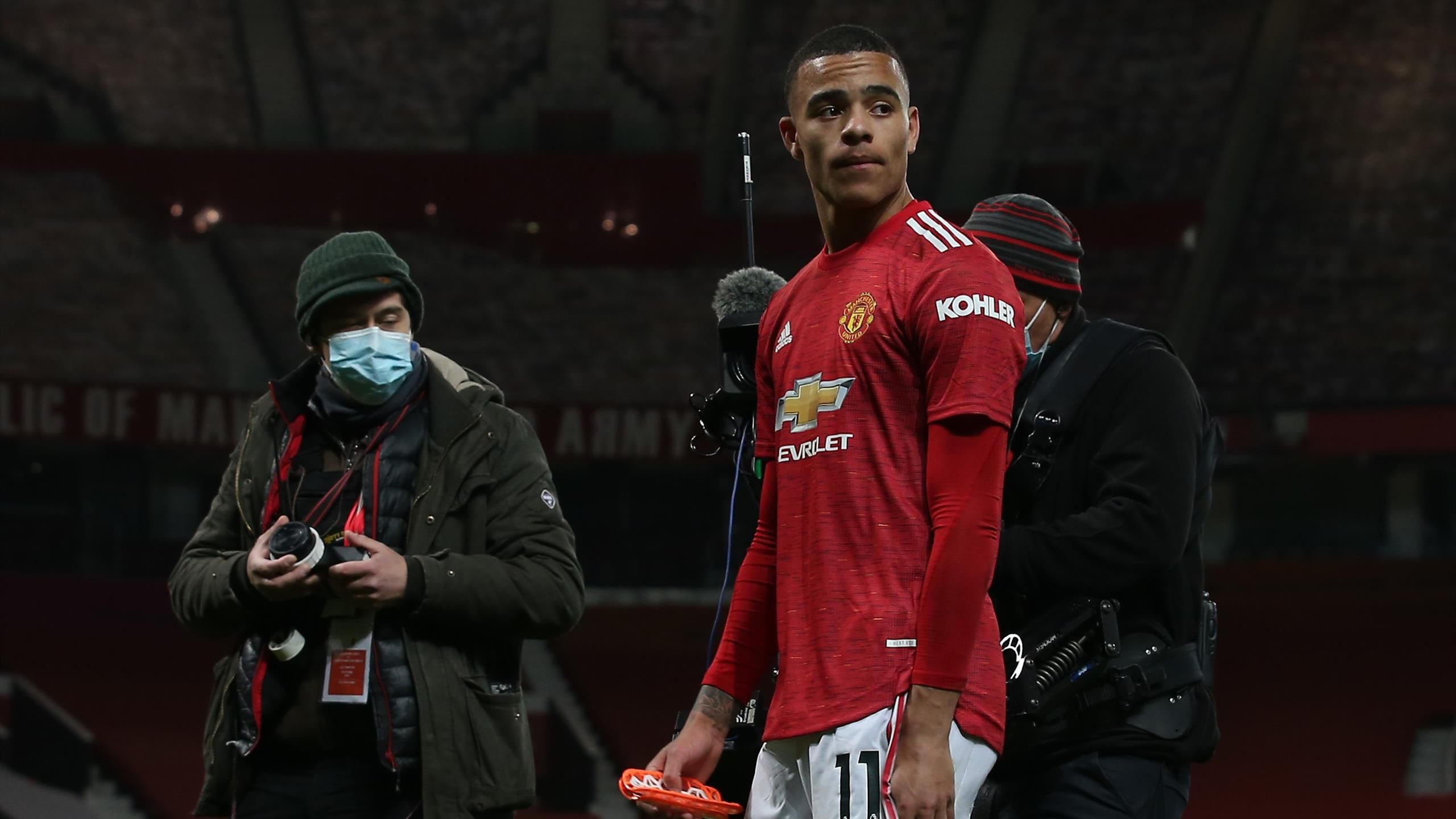 Being a professional footballer is an unforgiving profession, particularly in the Premier League. You can be the hero one day, villain the next.

But realistically, as exceptional as Mason Greenwood’s first full season in the top flight was, you had to expect some sort of a drop off in output — even if ever so slight — in his second go around. The rate at which he was scoring last season, as an 18-year-old, was somewhat unprecedented.

Netting 10 Premier League goals (4.6 xG), 17 in all competitions, Greenwood burst onto the scene and absolutely shattered the prediction metrics. He was a breath of fresh air in an often struggling United side prior to the arrival of Bruno Fernandes.

Nobody really knew what to expect from the extremely highly rated teenager. All that people knew was that his youth football goal scoring record was extraordinary — he was a machine. Greenwood outgrew U23 football in a matter of months and essentially forced his way into first team plans when really, physically, he wasn’t quite ready.

Ole Gunnar Solskjaer though did put his faith into his immense talent and expertly eased Greenwood into life as a senior player. The teenager only started 12 Premier League games last season (already on 16 starts this season) but he contributed heftily. Way more than anyone could have anticipated.

Breaking himself in and gaining valuable experience off the right wing, the consensus belief around the club has always been that the now 19-year-old will one day end up as the go to marksman at the club — leading the line. A few things had to happen first though.

One of them was bulking up. Greenwood and the club did a tremendous job at filling out his Robin van Persie-esque frame during the first lockdown caused by the coronavirus. When football resumed in June of last year, Greenwood looked like a totally different person. He was still a boy when the play got suspended; he returned a man.

The young forward went on to demonstrate his growth with his performances on the pitch too. Greenwood initially forced himself into Solskjaer’s plans before he even turned 18. Then, he made himself undroppable in the run in of United’s battle for Top Four by scoring some big goals and proving a valuable outlet out wide.

With United’s front three firing on all cylinders last season (Martial 23 goals all comps, Rashford 22 goals all comps), everything was lining up perfectly. Greenwood could continue to ply his trade on the wings — and occasionally up front — fill a big hole for United and get ready for a transition into the middle later down the line. But since the world works in mysterious ways, that whole storybook process has been drastically accelerated after the turn of the calendar.

Into the fourth month of 2021, United are comfortably sitting in second place in the league. And while the stats are not as kind to Greenwood as they were last year, recent months have shown that with Anthony Martial having a historically poor season and Edinson Cavani laid out on the treatment table more often than not, United have been playing their best football of the season with the youngster as the No. 9.

Greenwood himself, in spite of having a significantly worse season in terms of goal contributions, has looked a lot better and more comfortable when playing centrally rather than out wide where he was so dangerous last season.

From the eye test alone, he just looks and plays like a natural center forward now and the lack of numbers has not meant a stagnation in development.

In numbers, he has already created more big chances in the Premier League than last year (3) and doubled his tally of completed crosses — proving capable of playing in a fluid front line — with eight games to go. In that, the guidance from a sniper like Cavani over the past seven months is ever so evident.

Greenwood bagged only his second Premier League goal of the season on Sunday night. A big one though; the winner against Brighton to give the Reds a four point cushion on third placed Leicester and a nine point advantage over Chelsea in fifth. But most of all, Greenwood’s goal on Sunday proved the theory from just above.

United huffed and puffed against the stubborn Seagulls for a good 70 minutes but with not much to show for it. After going behind in the first half, Rashford drew the Reds level after a layoff from Bruno Fernandes, but a winner didn’t look all that likely.

Cavani suffered one of his more frustrating evenings as a Red Devil until he was relieved of his duties in the 82nd minute, replaced by Donny van de Beek. Until that point, Greenwood was deployed on the right — not having a fruitful night himself in spite of rattling the woodwork in the opening quarter of an hour.

The Uruguayan being hooked off with United chasing the game meant that Greenwood would slide into the middle and operate centrally for the remainder. The results of that in game adjustment came 60 seconds later.

Luke Shaw slipped Bruno into space on the left with a glorious outside of the boot pass before the Portuguese playmaker looked up and found Paul Pogba darting onto the far side of the box. Pogba latched onto the lofted ball and mishit a volley which wandered loosely towards the six yard box with the ball begging to be attacked. Then, in stepped Greenwood, and with true striker instincts leaped towards it and steered a diving header home to give United the lead.

Eerily reminiscent of Cavani’s equalizer against Southampton away at St. Mary’s some months ago, Greenwood netted his first career header but more importantly scored a goal that he probably would not have been associated with before Sunday.

“I know I haven’t scored as many in the league but I scored a header tonight and it is something I’ve been working on for a long time behind the scenes,” Greenwood emphasized in a rare post-game interview.

“It was one of my weaknesses I’d say and to be a striker and an attacker you have got to be able to do it all and that was one area where I was weak on. With practise and help from the coaching staff, it’s obviously strengthened now and I’m bringing it on to the pitch.”

That was Greenwood’s second goal in as many games. The first one also came thanks to clever movement in the box as he peeled off his defender and converted a low cross from the center of the penalty area against Leicester in the FA Cup before the international break.

Two goals that for most strikers would not be a reason to rave home about, but for Greenwood and United they are promising signs of progress. Signs which suggest that the future may not be as far out as we initially thought.

“I’m so happy for him (Greenwood),” said a jubilant Solskjaer in his post game media duties on Sunday. “I was pleased with his overall performance, again very good. He was bright, tidy, clean on the ball. And when he gets those goals, we know that he’s going to add another dimension to his game.”

Commonly regarded as the best finisher at the club, Greenwood hasn’t had all that many great chances created for him this season. His Premier League xG is a mere 4.6. But Solskjaer knows that if Greenwood starts getting in position to score scrappy goals, he will become a totally different proposition for opponents moving forward.

The 19-year-old is still far from the finished article.

Last season was all about worldies. This season has been more about development and learning to contribute in different ways. Clever movement, hold up, linking up play. With every passing month, Greenwood has improved at all of the above and looked excellent as of late, with only the goals missing.

Now, with two in the last two, the forward may just be hitting form when United need him the most — heading into crunch time and with Martial sidelined for an extended period.

Greenwood has already forced Solskjaer’s hand twice in regards to his playing time. And he may very well do it again if he continues to perform and score goals as the No. 9 for the remainder of the season — giving the Norwegian yet another big decision to make this summer.