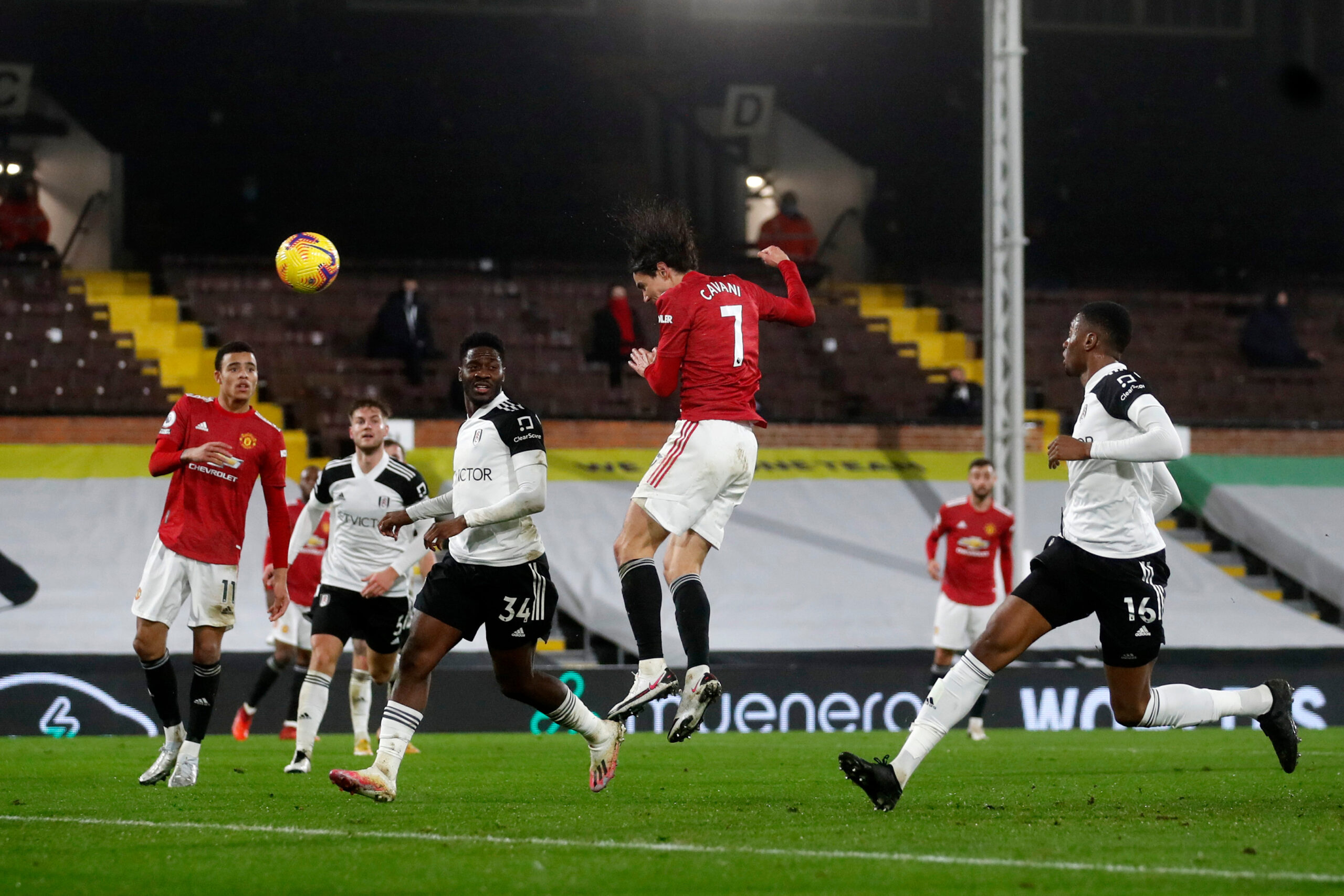 Manchester United will welcome supporters – and Fulham, obviously – to the Theatre of Dreams tonight.

Ole Gunnar Solskjær’s side suffered back-to-back home defeats last week and he’ll be hoping his team can get back on track against Scott Parker’s already-relegated outfit.

On what’s set to be a special occasion, the Red Devils can secure second place with a win.

Down near the bottom of the table for much of the season, and now out, Fulham have once again succumbed to relegation on their return to the top tier.

Despite an array of attractive football and a decent defensive record (albeit 50 goals conceded), their toothlessness in front of goal was where the damage was done.

Only survivors Brighton & Hove Albion boast a bigger difference in terms of expected points to reality than the Cottagers, who are themselves calculated to have picked up 13.3 more points than their measly 27 racked up so far.

It adds to the West London outfit’s 13.19 expected goals deficit, reflecting their lack of quality in the final third.

Now hoping to become the first Fulham side to triumph at the Theatre of Dreams since 2003 (14 visits ago), Parker and his players only have pride and professionalism on the line tonight, before welcoming fans back to Craven Cottage at the weekend.

One to watch: André Zambo Anguissa

As alluded to earlier, the Cottagers’ strength is in the rearguard but they have shipped 15 goals in their eight-game winless run, switching between a four and three-man back line formation.

Goalkeeper Alphonse Areola has done his reputation no harm, even racking up nine clean sheets in 35 appearances.

That’s in part down to fellow summer acquisition and skipper Joachim Andersen, who boasts a team-high 3.2 aerial duels won per-90 Premier League minutes, and whose 4.9 clearances are only topped by partner Tosin Adarabioyo (5.7).

The Dane shows his ability in possession more than Adarabioyo, though, averaging 5.9 long balls each outing (almost more than double the next-best in the outfield squad) with an 81.3% passing accuracy, meaning the 24-year-old may well stay in the top flight next term.

Right-back Kenny Tete (also signed from Lyon last summer like Andersen) keeps it busy at the back, with 2.3 tackles and 0.9 key passes per-90, and Joe Bryan should deputise for the injured Antonee Robinson on the left this evening.

In the midfield double pivot, Harrison Reed and Anguissa will be looking to build on good numbers, with the Cameroon international’s average of 2.6 dribbles (in a team that loves them) often driving Fulham on.

Going forward, Lookman’s 1.8 key passes rank highest of Parker’s players but the forward may not feature this evening with versatile forward Decordova-Reid, winger Ivan Cavaleiro, and playmaker Josh Onamah all line to start alongside 18-year-old Carvalho tonight like on the south coast.

The Cottagers’ young goalscorer was a bright spark on Saturday, completing the most dribbles in the match (five) and firing off three shots.

Fulham will be hoping something similarly special can occur in a few hours’ time, while their defence returns to its sturdy usual self.

“I think, for me, the most important thing is finishing this season and focusing on that really. What’s to be next year is a few months away. What’s vitally important for me and for the players, I need the players to understand that you’re in the biggest league and the best league, and the spotlight’s constantly on them. We need to finish this season the right way, really.” – Scott Parker

Although a dip in performance level was inevitable, limp losses to Leicester City and Liverpool in the space of three days last week have left a bitter taste.

Poor preparation leads to poor performance, and Solskjær needs to ensure that his players are on song heading to Poland next week.

Daniel James and Anthony Martial have each returned to training following their injuries, putting them in contention.

David de Gea could be given an Old Trafford farewell and kept fresh ahead of the final unless Dean Henderson gets the nod.

With Harry Maguire still ruled out, Eric Bailly (who started the win at Craven Cottage in January) will battle with Axel Tuanzebe for the available centre-back spot alongside Victor Lindelöf.

Aaron Wan-Bissaka and Luke Shaw are expected to start, although Alex Telles and Brandon Williams would benefit from the game time.

Pogba bagged the winner in West London, a stunning left-footed strike, and could start alongside Nemanja Matić or Scott McTominay in a double pivot, or with Fred as he did in the reverse fixture.

April Player of the Month Cavani will be eager to greet the returning supporters with a goal, much like Mason Greenwood, Bruno Fernandes, and Marcus Rashford.

Juan Mata (who, like Rashford, netted the last time the Cottagers come to town) may also be waving goodbye to the OT faithful, but Donny van de Beek and Amad Diallo will be saying hello if they feature.

With a crowd set to roar on the Red Devils for the first time in 436 days, victory would be the perfect gift on the first step towards normality.

The Premier League have confirmed that the 49-year-old will become the division’s first dedicated Video Assistant Referee from the beginning of next season.

“The mood in any club and the relationship between the team and the fans is vital to what happens on the pitch. Hopefully, the players will give the fans a reason to cheer. That’s what we have to focus on. It’s a big game for us in that respect.” – Ole Gunnar Solskjær

Next match: Wolverhampton Wanderers [A] Sunday, May 23