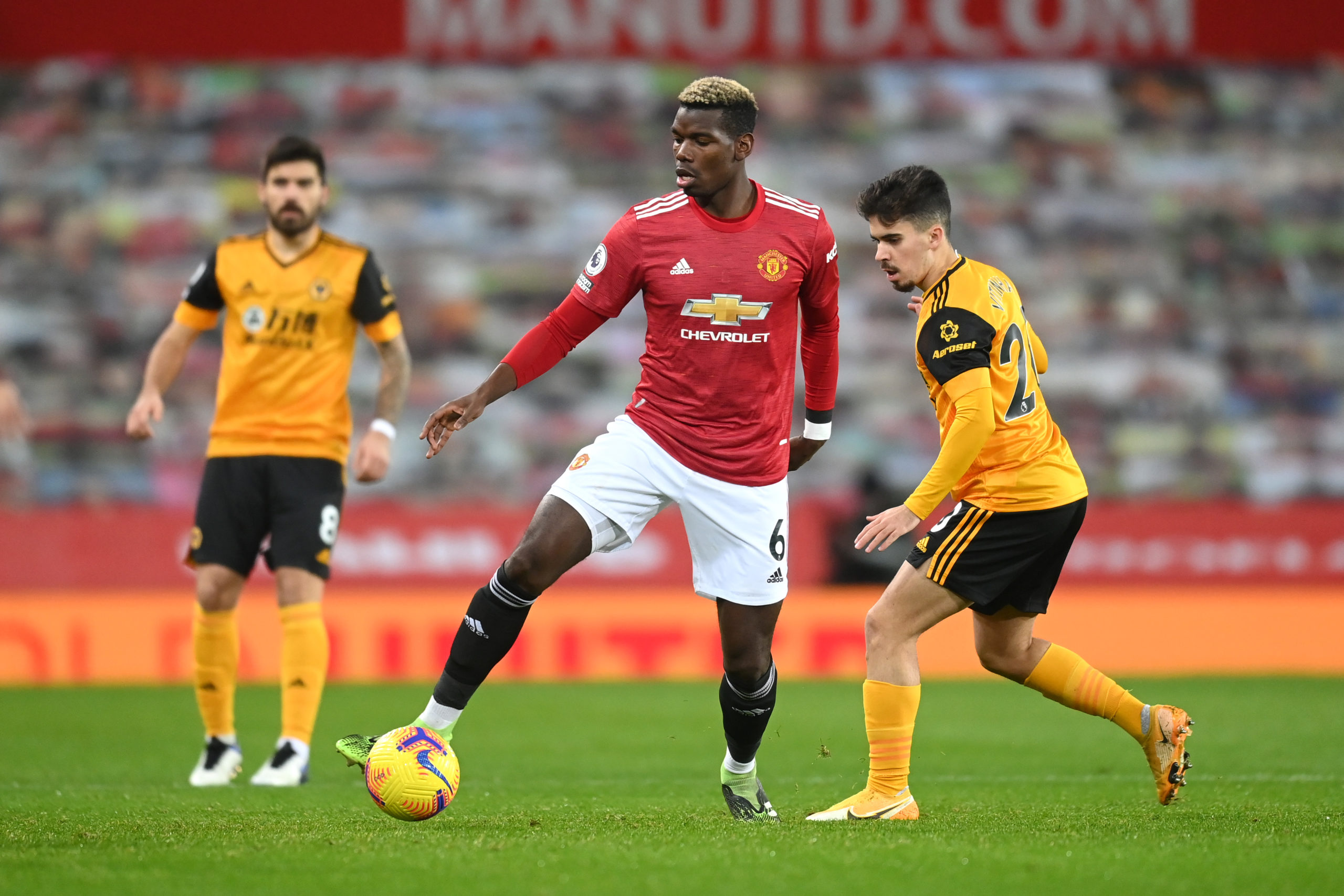 Manchester United travel to the midlands to face Wolverhampton Wanderers on the final day of the 2020/21 Premier League campaign.

Ole Gunnar Solskjær’s side will finish in second place regardless of the result but should still be keen to make it a full season without a defeat on the road, while Nuno Espírito Santo is aiming to end his time in the Black Country with a victory.

As the Red Devils ready themselves for the Europa League final on Wednesday, a first win in four league games would be welcome to regain some momentum.

Having made themselves a staple of the top half since earning promotion in 2018, Wolves caused a number of sides problems which saw them record two successive 7th place finishes.

However, this season hasn’t seen the exciting Wanderers football we were used to, with the departure of Diogo Jota last summer and Raúl Jiménez’s horror head injury in November two blows that the pack haven’t adequately recovered from.

On Friday, it was confirmed that Nuno would be leaving the club after the two parties came to a mutual agreement following his four years at Molineux.

The Portuguese boss (backed by a big budget and agent Jorge Mendes’ compatriot contacts) earned a comprehensive Championship title win in his first season and made the UEL quarter-finals last term.

Things have turned slightly sour since around the beginning of the pandemic but this match will bookmark a still successful period in the club’s storied history.

One to watch: Adam Traoré

Having employed a four-man back line in five of their previous seven Premier League games, the outing Nuno reverted to his favoured 3-4-1-2 formation last time out.

John Ruddy started in goal and if selected again over Rui Patrício, today could see his final appearance for the Wanderers.

Wily Boly and Conor Coady were alongside youngster Max Kilman in defence, who hasn’t been given as much game as some expected at the start of the season due to the form of Romain Saïss.

Morocco international Saïss joined Boly and Coady for arguably the Wolves’ lowest point in the season six weeks ago against Burnley, where they were hammered 4-0 at home.

All three struggled to deal with the Clarets’s directness, with long balls over the top repeatedly catching the rear guard out.

The back there usually rely on Portuguese pairing Rúben Neves and João Moutinho in midfield, who haven’t been able to dictate many games this campaign compared to the last two, but both still boast a host of quality attributes.

The versatile Leander Dendoncker can play in either defence or midfield, with his height a threat in both boxes.

Nelson Semedo hasn’t been able to replicate Matt Doherty’s work at right wing-back in the first three years of Nuno’s reign, recording just one assist since his £25m arrival from Barcelona last year.

Going forward has arguably been where Wolves have struggled the most, with only Burnley of the non-relegated teams to record less than their 35 strikes.

Without the focal point of Jiménez, it’s been up to youngster Fábio Silva and January signing William José to try and get the goals, but the pair have just five Premier League efforts between them.

Club-record acquisition Silva may often miss the mark, but the 18-year-old has recorded an average of 3.24 shots per-90 PL minutes this season, showing an inkling of his offensive prowess.

Adama Traoré had to wait until 2021 to earn his first goal and assist of the term (now on two of each), operating in a more advanced role to little success without Jiménez to play off.

The powerful winger did impress at Everton, though, managing seven dribbles and winning six fouls – both the most in the match.

Those seven completed dribbles made it 150 for the season, a whopping 54 higher than the next-best successful dribbler, Newcastle’s Allan Saint-Maximin.

Morgan Gibbs-White played as an attacking midfielder behind Silva and Traoré, while loanee Vitinha (who has averaged 2.16 key passes over his 500 league minutes) was left on the bench.

Missing from their attack for parts of this campaign has been Portuguese duo Daniel Podence, and more prominently, Pedro Neto.

Neto has also whipped in 59 successful crosses this campaign, the fourth-highest amount in the division and most for a winger.

The reflects the brand of football Nuno has opted to instil this season in a creative sense, consistently lacking end product.

Worn down by the rigours of the top flight, the Wanderers have shifted to a much more conservative style of play on the whole, over-reliant on a few stars to produce some magic – which hasn’t happened to much.

Hoping he can at least give the estimated 4,500 supporters inside the stadium more of what they felt like last time they were at Molineux, Nuno is aiming to bow out on a high.

“Sunday will be a very emotional day, but I am so happy that the fans will be back in Molineux and we can share one last special moment together, as one pack.” – Nuno Espírito Santo

Having sewn up second thanks to a disappointing draw with already-relegated Fulham on Tuesday, United will end their Premier League season at a ground which they’re winless at on their four visits since the Molineux men returned to the top tier.

Those trips in the PL and FA Cup were all made in the space of nine months, with two 2-1 losses and two draws making the stadium an unhappy hunting ground of late – even losing there in 2011 (meaning a 5-0 victory the following year is the only one in six).

Solskjær will understandably have one eye on the Europa League final against Villarreal in Gdańsk next week, but the chance to go unbeaten away from home for a full campaign remains on the cards.

The result itself might be labelled meaningless, but no wins in four before a European final isn’t exactly great preparation.

Harry Maguire remains out, and is unlikely to feature in the final according to Solskjær, so one of Eric Bailly and Axel Tuanzebe will get the nod, and both could start today.

Brandon Williams and Alex Telles may well see minutes, having looked rusty in recent outings, with Aaron Wan-Bissaka and Player’s Player of the Year Luke Shaw sure starters in Poland.

With reports linking him away from the club, Nemanja Matić might make his final Premier League appearance as a Red Devil, while Fred and Scott McTominay each nurse knocks picked up on Tuesday.

Sir Matt Busby Player of the Year Bruno Fernandes and Marcus Rashford will have played a part in all 38 league games if they feature, although both are expected to be rested, likely allowing Donny van de Beek and Dan James starting births.

Juan Mata may well also be making his final top-flight appearance for the club with his future still undecided, possibly like Paul Pogba.

Amad Diallo will be hoping for a second Premier League start, while youngsters Hannibal Mejbri and Shola Shoretire (each recent award recipients) will be involved in some capacity.

Finally, Mason Greenwood could lead the line over Edinson Cavani, while Anthony Martial remains out.

As Solskjær alludes to, striking a balance between rotation and squad rhythm will be the order of the afternoon on this final day.

“You want to go in to the final with lots of energy but also confidence, so we will make changes, freshen up a few, rest a few that have really been playing and been regulars in the team. We know that we have done really well away from home and go and enjoy it and get some minutes into a few who might need it before the final.” – Ole Gunnar Solskjær

Next match: Villarreal [N] Wednesday, May 23