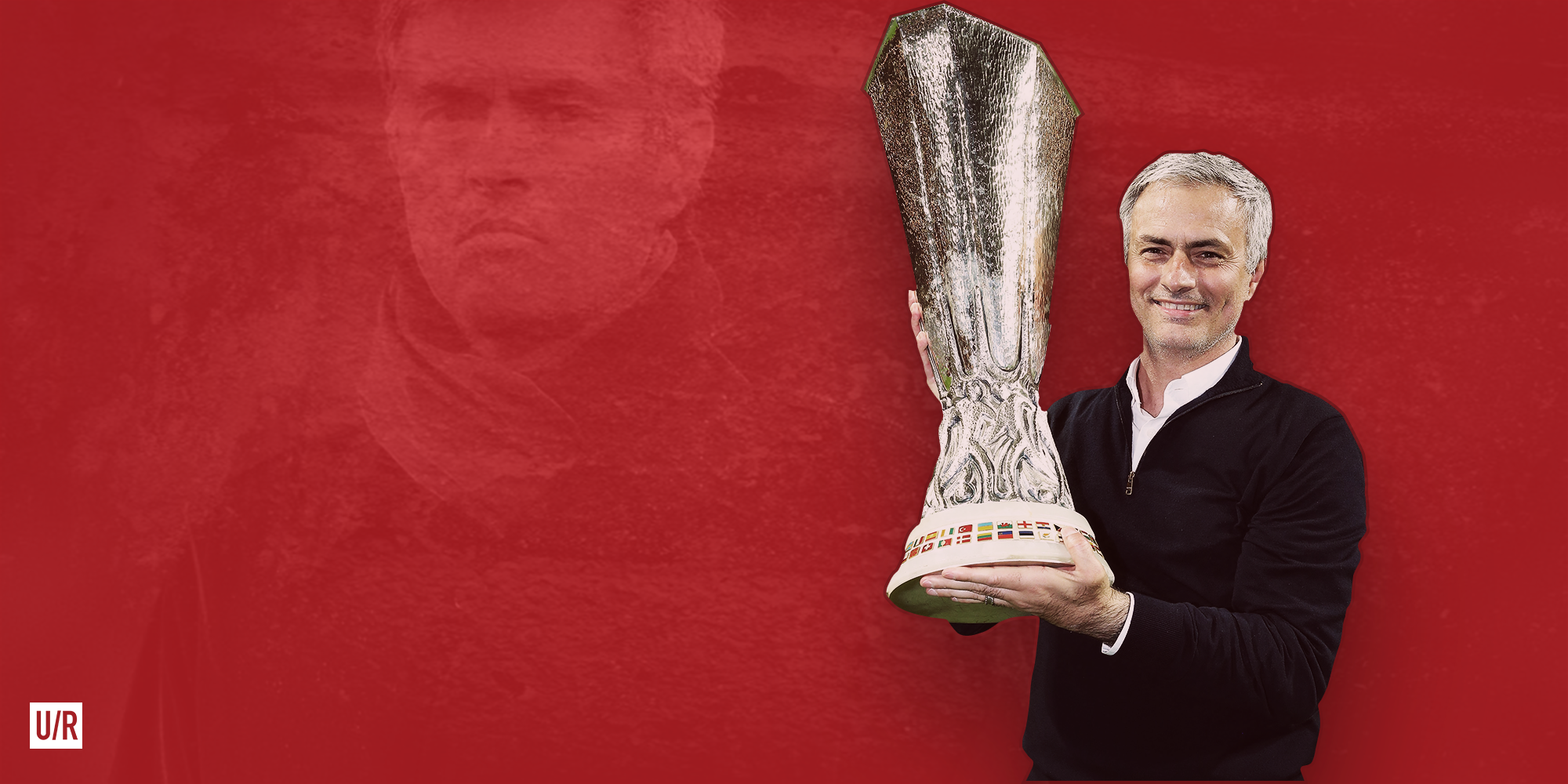 Zeniths and nadirs. The highest points to the lowest. We all face them, multitudes of them, some all at once and it is what shapes us.

He is decisive just by his nature. Either he has fervent supporters who will see nothing but the good in him or he gets detractors who refuse praising him. It has become the archetype of the Jose Mourinho experience. Because of it, there is never balance in what people say regarding him. The whole season has been an exercise in either pushing your agenda to defend him or support him. Such myopic views in such a mixed season for Mourinho and Man Utd means that there has be an attempt at balance in what we can assess of this season and what to come of the next.

The expectations were to compete for the title and in the Europa League, perhaps picking up one of the domestic trophies along the way. Manchester United’s minimum expectations, courtesy of our financial forecast, is always 3rd place in the league, one of the two domestic cups and quarter finals of the European competition that we are in. Mourinho completed two of these objectives, even winning the Europa League but fell way below expectations in the League, finishing 6th, 24 points behind Chelsea.

Some will attribute the lack of competing in the league due to Europa League involvement. Four of our five losses in the season did come directly after Europa League games. However, five losses in a season are hardly anything to sniff at, Tottenham being the only ones who lost less and Chelsea losing just as much. It was actually the inordinate amount of draws, 15 of them, that really characterised the poor league campaign. Only five of these draws came away from home and two came after Europa League games, in home matches. That still leaves 8 games where we threw away points without true extenuating circumstances, distinctive in our lack of dispatching enough chances. 16 points lost because our chance conversion fell below our usual standard

It brings us to our biggest and most prevalent issue within the season: finishing and attacking play. While the improvement has been clear from last season, it would have taken true incompetency to continue or even worsen the offensive play that our eyes were blighted by throughout the reign of the Dutchman. So we can put that caveat to one side when addressing our offensive issues. It has been egregious compared to the standards that have been established in Man Utd’s history. Chances have been created for the players to finish and they simply have not been doing so to an acceptable rate. Correct to the 34th game of the season, Man Utd had the second lowest big chance conversion rate in the league (34%, only Stoke behind with 31%). Just to compare, the average of the whole league was around 50%. In fact, of all the clubs to finish above the Red Devils, only Arsenal had a big chance conversion of less than 50% at that time and even the North London club were finishing these chances at a rate of 48%.

Not only that, if we look at xG, the expected goal metric that looks at the quality of chances being created and how likely a player should be at scoring, it points even further to the issues up top at Old Trafford. Correct as of the 29th match day, United had created chances that should have yielded 57 goals. That is a rate of just under two goals per game, a rate only Man City, Spurs and Chelsea bettered by the season’s end. However, at that point, only 42 goals had been scored by the men in red. Of the 12 teams selected, the best 6 xG performing teams and 6 worst, Man Utd underperformed the most, closely followed by Man City.

The top scorers for each of these teams were taken and it showed Man Utd’s top scorer, Zlatan Ibrahimović, under-performance was the 2nd worst, only outdone by Christian Benteke. In fact, the chances they had were broken down by quality. 75% chance of scoring considered a superb chance, 40% great, 25% very good and so on. Ibrahimović did not have any superb chances to speak of but he did have great and very good chances, a lot of them in fact. He measured the worst on great chances out of the selected top scorers and 2nd worst for very good chances, only Sergio Aguero performing worse, in terms of conversion rate. Strangely enough, the shocking finishing has actually been headed by the man who scored 28 goals in 46 games.

More than the superficial

Whilst the statistics support that the biggest problem is the finishing, the attack as a whole can be subject to huge improvement. Chances have been created yes but we have to look at how it has been courtesy mostly of individual brilliance, particularly Paul Pogba. Having a system heavily reliant on individuals in general, let alone just two, is highly fallible and has been shown this season with the reliance of Pogba in midfield and Ibrahimović up top. Without the Frenchman’s presence, the midfield lacks the necessary magic to create chances and without the Swede’s presence, the poor finishing has still persisted but the ability of running in behind and stretching defences has been discovered in performances from Rashford and Martial being somewhat encouraging. Attention still needs to be pointed at the manager however. Ibrahimović, as shown, is profligate. Martial and Rashford are young players who are subject to inconsistency issues, including in front of goal. Henrikh Mkhitaryan’s finishing leaves a lot to be desired, as does Jesse Lingard. Rooney has hardly been playing games. Only Juan Mata can truly be relied when it comes to clinical goal getting and has probably been the only attacker this season who has performed to any kind of level near their optimum in terms of finishing.

So knowing all of this, that he had flawed attackers when it came to putting the ball in the back of the net, Mourinho still employed a system that did not encourage the best attacking play. Leaving players to their own devices in attack simply does not work anymore and most of those finishing above United have managers that employed some sort of coached positional play to get the best out of their attackers. For example, Manchester City had the second worst under-performance in terms of xG in the earlier info-graphic. They were creating chances that should have yielded 65 goals, scoring 54 goals. Still behind the other 4 top teams in the league but within 7 goals of the highest scorers, Liverpool. Pep Guardiola had similar problems in that Aguero is also guilty of missing big chances(He missed all of his 11 very good chances!), Sterling and Sane are young and are even less goal orientated than Rashford and Martial. Gabriel Jesus was unavailable for the majority of the season, Silva is more of a creative player than a goal scorer and Kevin de Bruyne can only chip in with so much. So he allowed a system of greater attacking potential, to the detriment of Man City’s defence, to negate these issues as best as possible, in order for the team to compete. It is in this that Mourinho failed last season. The players had chances they should have buried but were they enough chances? Going back to the big chances in the CIES, Man Utd were averaging two big chances a game. Spurs, Liverpool and Man City, considered the best attacking outfits in the league, were averaging three suggests the Man Utd manager is not.

In terms of personnel, the attacking issue is looking to be sorted this transfer window. Older, more experienced players are being looked at to give the clinical edge that was so dearly missed this. Andrea Belotti, Romelu Lukaku, Pierre-Erick Aubameyang and Alvaro Morata have all been linked as being given the typical Mourinho No.9 role at Old Trafford, while Kylian Mbappe and Antonie Griezmann have been offered more diminutive options up top. Ivan Perisic has been heavily linked to give Man Utd the width that harkens back to the best days under Ferguson whilst James Rodriguez has been touted as being the balancing act between guile and cutthroat that United have missed in those behind the central striker this season.

But even with the personnel introduced, the Portuguese man has to dedicate more hours to enhancing the players’ ability to create good quality chances on a regular basis. United have been employing a system where the wide players have constantly looked to operate in the half space, only congesting the central areas, making it harder to operate for the players in there. Maintaining width would allow better space for the more creative players and have the wide players as outlets that would run in behind. This was done during one period of the season, in the November-December months, where Martial and Mkhitaryan were the ones maintaining and creating width, coinciding with a six game league long winning streak. Defensive teams at home, the games that cost us the most points, are broken down by stretching them and it is the reason they have found it so easy vs us this season.

Zenith, nadir or neither?

One of the things that make Jose so decisive is his attacking style of play. It is not and has not been conducive to the most attractive football, often being of the more efficient variety. It is an issue he needs to improve. There is a general rule in statistics that everything regresses to the mean and in United’s case it would be the idea that we would progress to our mean because in terms of converting our chances, this has been the biggest nadir, even more than the three seasons previous. Improving to the optimum or our zenith is not even needed to get us to the level we thought we would be at under the Special One.