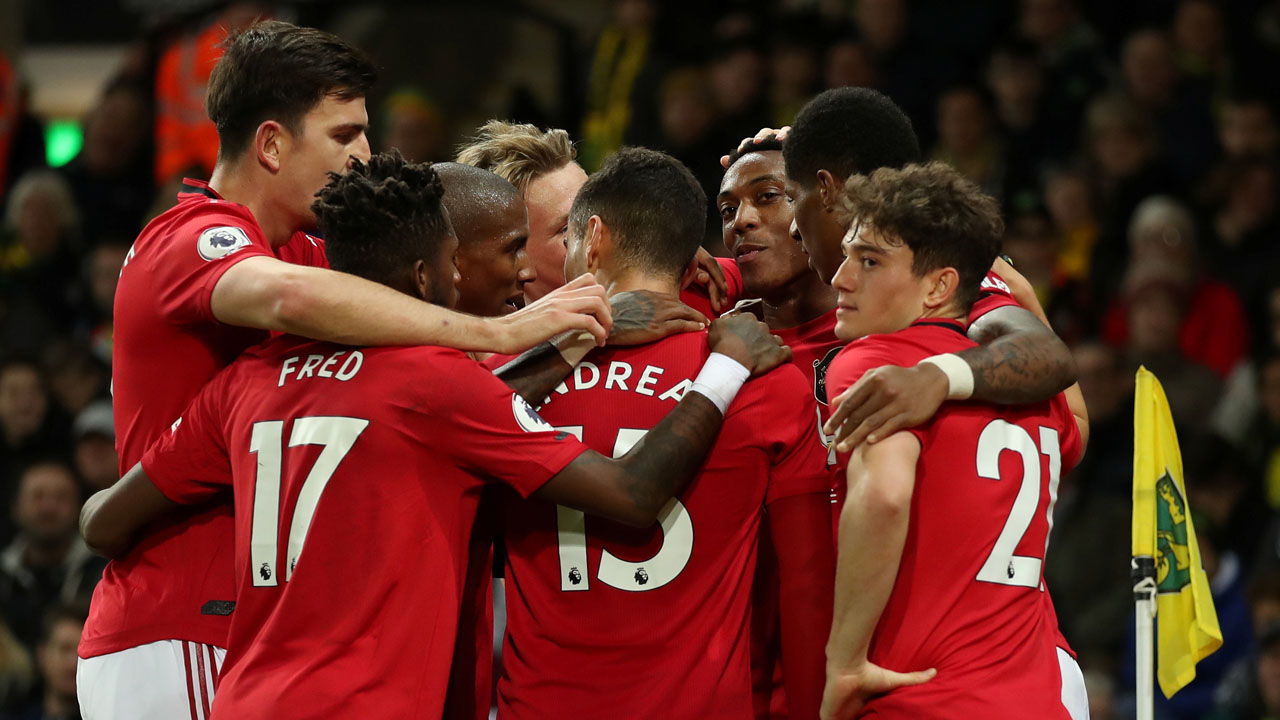 Looking to make it three consecutive wins on the road, United travel to face Chelsea at Stamford Bridge tomorrow in hope advancing to the fifth round of the Carabao Cup.

Ole Gunnar Solskjær never won the league cup in his decade in Manchester but was successful last season in the FA Cup in South West London before Frank Lampard took the wheel at Chelsea.

These Premier League sides have had contrasting campaigns since their 4-0 opening day meeting 79 days ago, but a cup competition could offer some success for two clubs in transition.

Seven wins on the spin, which started with putting seven past Grimsby Town, have seen Lampard’s side fly up the Premier League table as well as take control in their Champions League group – a far cry from back in August.

On their opening day thrashing, Lampard said: “I have said nothing about that. It feels like a million miles away. I am not disregarding it. When you play a top team like United, they can hurt you. They did it four times despite us playing well.”

Now in just over two months, Tammy Abraham has begun to fire and boasts eight goals, while Christian Pulisic’s recent emergence is one of a plethora of Pensioners positives.

The 34-time US international, who played for Brackley Town during a childhood year living in England, struggled for game-time following his Borussia Dortmund move. An influential performance and assist for fellow substitute Michu Batshuayi in Amsterdam last Wednesday led to a hat-trick at Burnley on Saturday evening.

The Pennsylvania-born winger revealed that his manager’s backing has been key to his form, telling Chelsea’s website: “He believes in me, he has told me that. I wanted to be on the field as much as I could right from the start, that’s everyone’s goal. I didn’t come here expecting everything to be easy and to start every game. I had to work for my spot, just like anyone does, and I am proud of the journey I have had so far.”

Although competition for places is hot, the players who impressed in the third round may well retain their spots.

Lampard is expected to shuffle his pack, with Olivier Giroud earmarked to start while Callum Hudson-Odoi could start along with fellow youngsters Reece James, Fikayo Tomori and Mason Mount with Willy Caballero in goal.

“The points total does speak [for itself]. Our points total since then [the opening day] does speak. We want more but it is nice. United are still a top team. They have made three good signings and have players who are already top drawer.” – Frank Lampard

Like London buses, United have two away wins on the bounce despite a seven-month wait.

There was some bitter post-match news, as Solskjær ruled out Paul Pogba until December. The Frenchman was seen with a boot around his foot recently as he recovers from an ankle injury.

Scott McTominay, who scored the club’s 2000th Premier League goal, Fred and Andreas Pereira all impressed, while Martial was back on the scoresheet along with Rashford – who made it 50 goals for his boyhood club.

The Red Devils boss has won 77% of his league games when Martial has started, compared to 29% without the French forward.

Acknowledging it, the manager said: “He’s a top striker and to have him back, fit, smiling, enjoying his football is a big thing for us.”

However, two missed penalties – by both the latter goalscorers – and a poorly-conceded the goals slightly blighted the afternoon in East Anglia.

Speaking of penalties, one of the rare United ones to be scored this term was that high-game opening game as Chelsea were blasted 4-0 at Old Trafford.

Rashford scored twice, Martial once and Daniel James netted on his debut to seal three points.

Sergio Romero is expected to start in goal, behind a back four which could either see Phil Jones, Marcos Rojo, and Axel Tuanzebe return.

Jesse Lingard may replace Pereira and Rashford could sit out given the pair’s recent run of games.

Following their starts last week in Belgrade, and involvement with the squad on Sunday, youngster James Garner and Brandon Williams are expected to once again be included.

Although Mason Greenwood scored in the third round, he featured in the Leasing.com Trophy victory at Doncaster Rovers last night as Ethan Galbraith hit a late double to make it a perfect group stage for United’s U23s.

In his pre-match press conference conducted post-match at Carrow Road, Solskjær commented on how the opposition’s young players are now benefitting from crucial loan experience, stating:

“Frank has got players that have been on loan for one or two seasons in the Championship.

The difference between my youngsters is that they are almost stepping right now onto the scene. Axel Tuanzebe has missed the last couple of games for us [through injury] but he has been out on loan and you can see the benefit and I think Chelsea’s young players benefit from that now. They are a mature young team.”

“We’ve not made a decision on who is going to play [at Chelsea] but you’ll probably see the two of them [Garner and Williams].” – Ole Gunnar Solskjær

Almost seven years to the day in the same fourth round, Chelsea welcomed United on Halloween and a 5-4 thriller with extra-time was witnessed at Stamford Bridge in this competition.

A young Red Devils defence were considered ‘too young’ by Sir Alex Ferguson as The Pensioners haunted them through David Luiz, Gary Cahil, Eden Hazard, Daniel Sturridge, and Ramires.

Ryan Giggs grabbed a brace either side of Javier Hernández and Nani goals but United were victorious the league fixture at Stamford Bridge four days earlier.