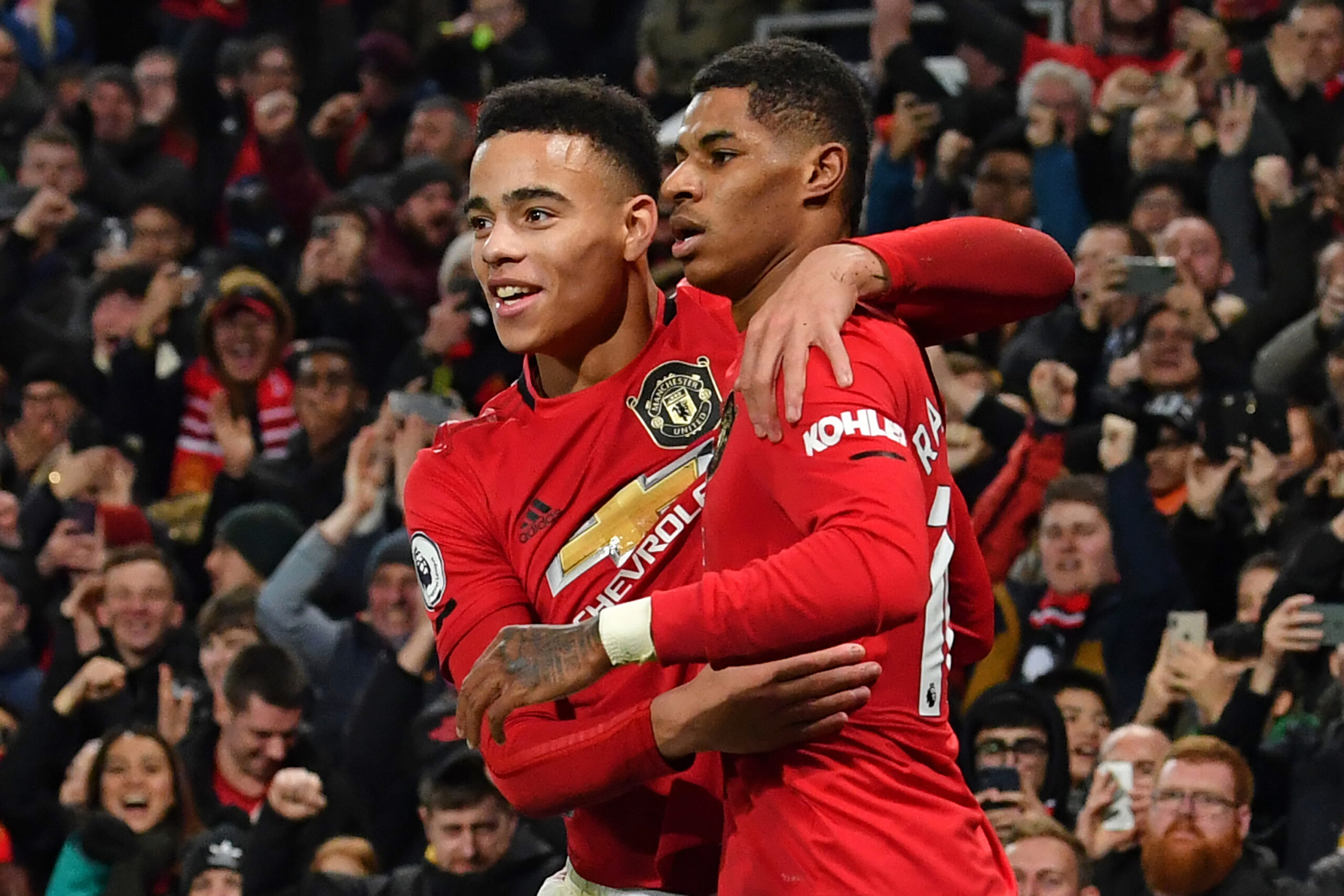 For the first time this season, Manchester United made it three Premier League wins on the bounce last weekend. The 5-2 victory over Bournemouth means Ole Gunnar Solskjaer’s side have now scored fourteen goals since the restart – only Chelsea have registered more, having played their game in hand.

Another significant stat also transpired on Saturday, as it was the first time since 2006 that United named an changed XI in three consecutive league games. Consistent team selections coinciding with positive results? This season certainly has earmarked a corner being turned at the more settled, and organised environment being implanted at Old Trafford.

Within these recent starting XIs has been the exciting front three of Marcus Rashford, Anthony Martial and Mason Greenwood. The trio are the top three scorers for United this season, and having each forward on the field transforms United into one of the most dangerous looking sides in Europe.

The latter, in particular, has drawn in praise for his recent showings, registering three goals and an assist, in his three starts. Greenwood has been utilised as the right-inside forward during this time, and his ability to operate down this channel has restored some much needed balance to United’s frontline.

Prior to lockdown, 42% of the Red Devils’ attacking play came down the left flank. Rashford has so often been the main attacking output in this side that such a weighted number is expected, but it had begun to take a toll on the team. With Martial also having a tendency to drift towards this channel, oppositions would find it all to easy to crowd out this area of the field, as there was such a limited direct threat elsewhere in United’s XI.

Bruno Fernandes’ arrival shifted the dynamics to a more central focus, with Greenwood now occupying the right-side. There are now numerous figures for opponents to encounter for, and United’s attacking blueprint is far from predictable. Against Bournemouth, we can analyse (via WhoScored) how effective the latter’s positing can be for Solskjaer’s free-flowing system.

Although he is not confined to this right channel, his ability to hold the width is clearly highlighted. The Englishman thrives in drifting inside and attacking that half-space between the full-back and centre-back, a method that saw him put United 4-2 in-front on Saturday.

More significantly, having this direct threat down the right-flank has positively impacted Aaron Wan-Bissaka, whose attacking influence continues to grow every game-week. When we take a look at the duo’s heatmap vs Bournemouth combined (below), we can finally see a prescence being formed down this channel.

Although Solskjaer likes to grant his frontmen a license to interchange and drift off the ball, setting up with a balanced structure leaves room for space to be exploited. The current system accommodates for the attacking trio to maintain a high position inside the final third, and this balance across the line is a key factor in doing exactly that.

WhoScored’s graphic below showcases each player’s touches against Bournemouth. Purely from a visual standpoint, there is clearly no flank nor position on the field, outweighing the other.

This attacking force is now something that oppositions have to try and prepare for, with not may getting it right so far. United next face Aston Villa in the Premier League, the side with the second worst defensive record in the division.