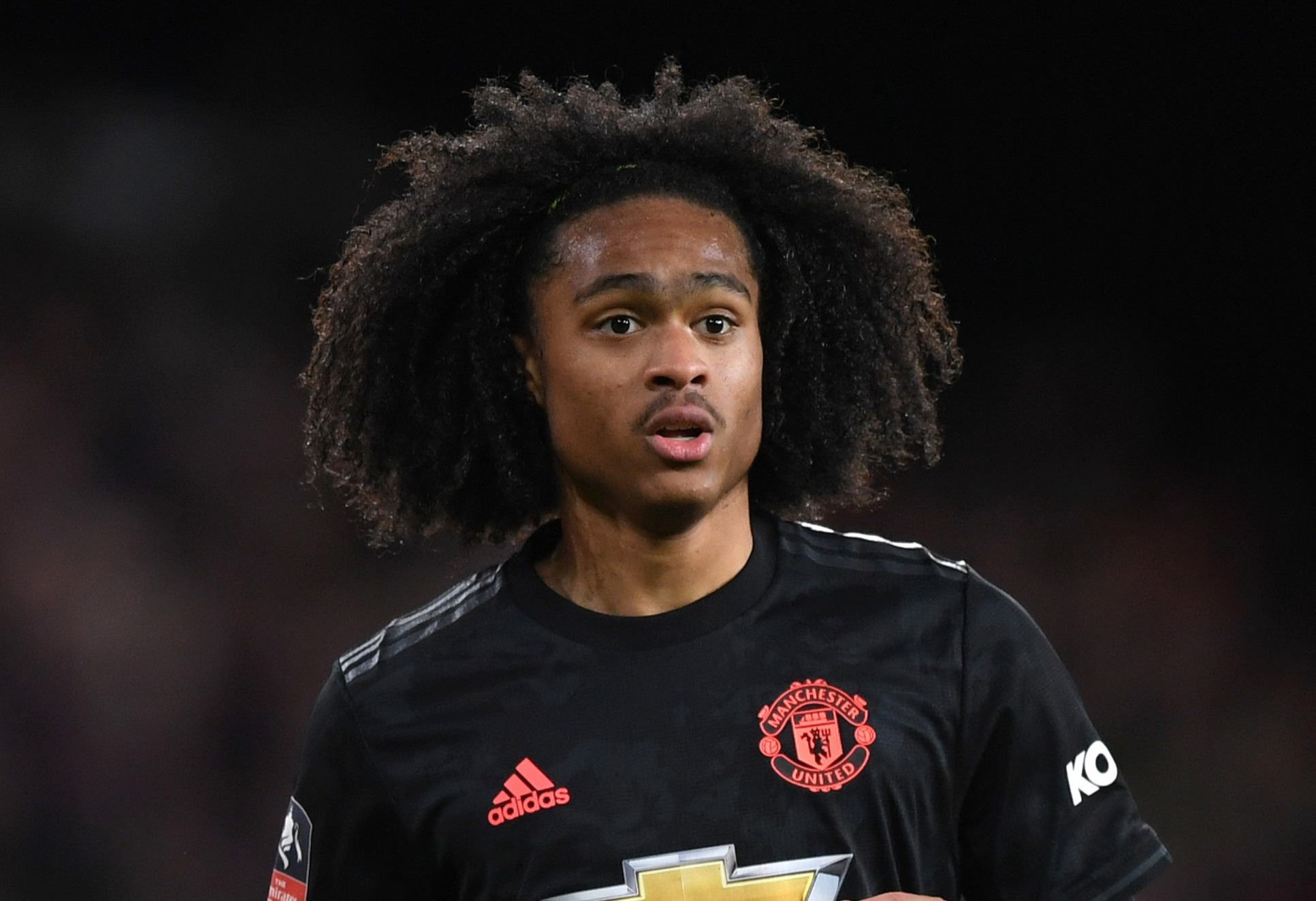 The status of representing Manchester United is incomparable to any other football team in England, and this includes the academy level as well.

Even for Premier League youngsters, many youth players could walk around their club’s cities and be unrecognised by most onlookers. For those at Carrington, this isn’t the case.

From both the rise of social media and United’s global brand identity, to the superstars that have previously emerged from their setup, those that represent the Red Devils across any age range, have weighted expectations placed on their shoulders.

Tahith Chong soon found this out when he joined the club as a 17-year-old back in 2016, with his big frizzy afro making him quite the recognisable figure. He also arrived with a pre-existing reputation, considered one of the most promising talents to emerge from the well-established Feyenoord academy.

The winger stated upon his departure that the club ‘failed to make a plan for him’, after wanting to break into the first-team picture. He opted for United instead, not because a pathway into their senior squad was by any means an easier task, but because he had a ‘good feeling’ about joining.

Given the club’s history in treating and nurturing of their youngsters, one could’t argue with his decision. Fast forward to the present day though, and Chong is yet to make his mark on the first-team. He has outgrown the youth level, as shown through his seven goals and six assists in ten games for the U23s this season, but has looked off the mark in his limited appearances with the senior team.

Although such a sample size is selective (three starts this campaign), the Dutchman has failed to impress enough to warrant a permanent stay in Ole Gunnar Solskjaer’s squad. This contrasts with Brandon Williams and Mason Greenwood, both of whom have made the step-up and adapted comfortably, at the first time of asking.

Chong’s lack of game-time has raised eyebrows this season, particularly given the heavy load placed on Daniel James at the start of the campaign. United were in poor form leading up to the New Year, with Solskjaer still not opting to draft the winger in, not even for any cameo appearances off the bench.

It seems an age ago that the Red Devils were in such a situation, given their strong end to the season, but the decision to ignore Chong cannot be overlooked, particularly given Solskajer’s eagerness to integrate youngsters where possible.

Breaking into the first-team has only been made more difficult too, given Greenwood’s development and also the potential arrival of Jadon Sancho. The latter would offer first-team depth in quality across the frontline, adding another stumbling block to Chong’s pathway, with James already waiting in the wings as a useful squad outlet.

The obvious conclusion that the club have resorted to is to loan the 20-year-old out. Bild have recently reported that Werder Bremen are interested in the youngster, with their club Director publicly addressing the matter too.

Moving to the Bundesliga in the search for first-team minutes has become a popular trend amongst Premier League youngsters in recent years – Ethan Ampadu, Rabbi Matondo Ademola Lookman and of course, Sancho, are just a few that spring to mind. These aforementioned names were all frustrated with their game-time in England, leaving their respected clubs on a permanent basis.

Chong hasn’t reached this point yet, with the Red Devils adopting a more liberal approach to loan deals. They haven’t typically been utilised in the modern era of the club, but Solskjaer and Nicky Butt have implanted this pathway for their youngsters to take – one year with the U23s, before being sent elsewhere.

The Dutchman looks set to embark upon this path, but by no means should it be classed as the ‘comfortable’ option. As the above context shows, Chong is in a position of needing to impress, if he is to eventually breakthrough into Solskjaer’s thinking.

His contract expires in 2022, meaning when he returns, a decision next summer will be made on his future. The club do have the option to extend by a further year, but such an action will only be taken should he showcase the ability to perform at the senior level, on a consistent basis.

Upcoming Talents: Five under-23s to follow on loan next season
United vs. Sevilla – 3 keys to victory
To Top