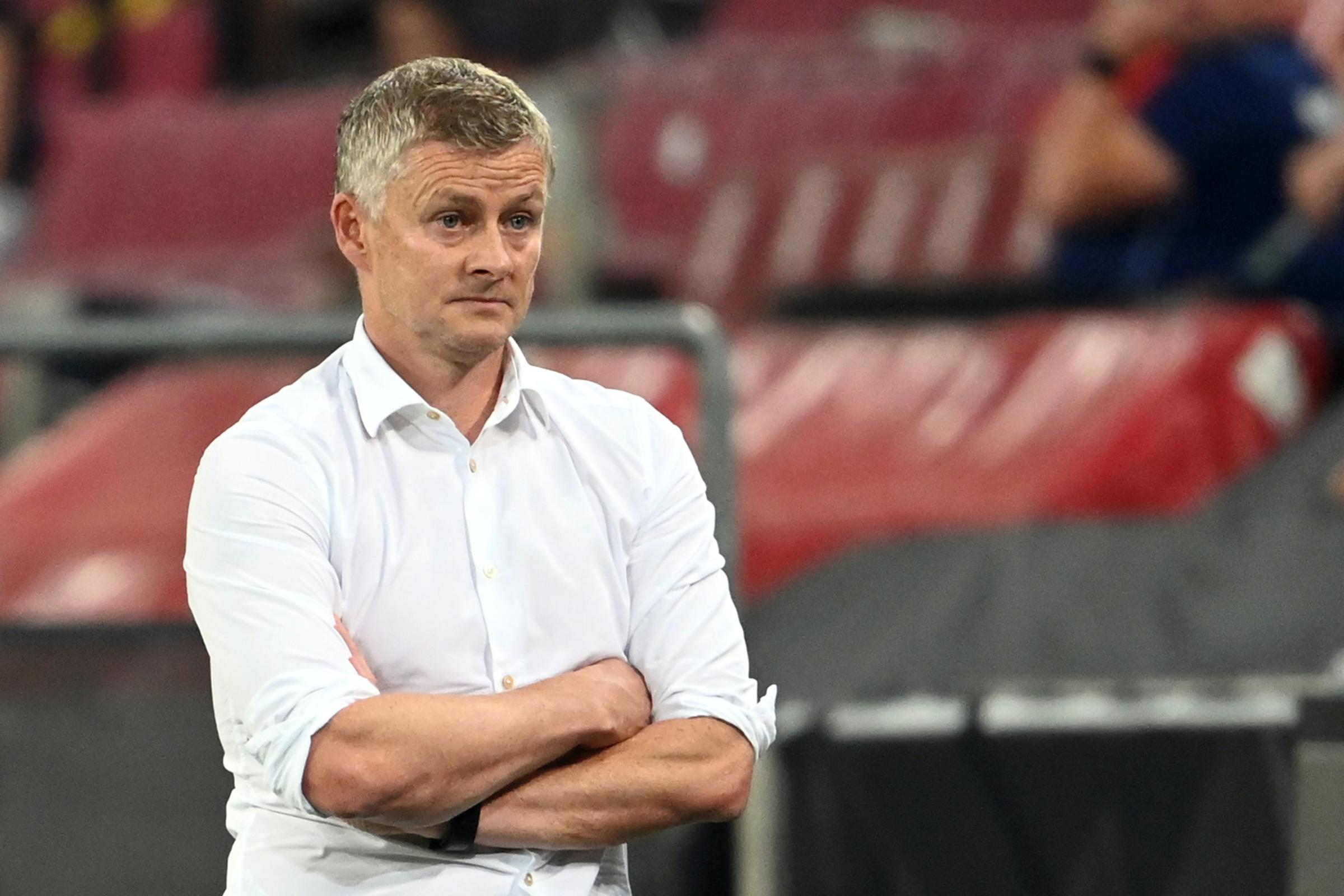 Ole Gunnar Solskjær has had his say after his Manchester United side lost 1-2 to Sevilla in their Europa League semi-final this evening.

Meanwhile, the Red Devils failed to take any of the 14 which they created and their 20 shots in Germany count.

The first half was everything from frenetic to frantic.

Suso’s all-to-easy tap-in cancelled out Bruno Fernandes’ ninth-minute penalty, which was his team’s 22nd spot kick in their 61-game season.

In the second, Sevilla were clinical after soaking up pressure and their inspired goalkeeper Yassine Bounou made six saves.

Luuk de Jong scored on 78 minutes, leaving United with only themselves to blame as the substitute striker found himself free inside the penalty area.

Speaking to BT Sport post-match, Solskjær said: “It’s one of them that if you take your chances, you’ll win, comfortably.

“That’s not always the case in football. I’ve got to say we’ve had moments in both halves where we should’ve/could’ve scored.”

The manager then highlighted the difference in European experience between the teams, saying: “We’ve got a young team; I think three years average age less than them.

“I thought in some spells it maybe showed, and that this group of players will have to learn and get the consistency.”

“We’ve should’ve cleared the ball when it came into the box… Two crosses to concede from is disappointing.”

It was arguable some decisions went against the Red Devils, which Solskjær also discussed.

“That’s what I mean about experience, when you don’t get it [the throw-in that lead to the equaliser] you can’t stop, you’ve got stick with the game.”

He went on to say: “I’m just accepting that both players and referees can make decisions that might not be the right one.”

On the campaign as a whole, Solskjær was balanced in his view and he told Darrell Currie: “Since February, we’ve been fantastic. But then again, it’s disappointing to go out.

“We’ve come quite a distance. It’s exciting to work with these boys but then again, you [saw] how tired they were; tired legs, tired minds.

“We’ll need the break we can have now and go again very soon.”

In his post-match press conference, Solskjær told reporters: “We need to strengthen the squad, of course, because it is going to be a long season. But we need to improve day in, day out.”

On his late substitutions, he revealed: “With games like this, its difficult to take players with goals in them out of the pitch… They created enough to score.”

Also speaking to BT Sport was Fernandes but firstly Harry Maguire, who lamented: “We should have finished our chances. The best team lost.

“We need to get better. Losing is not acceptable.

“A lot of people will say we’ve had a good season but do we want to finish third again next season? No, for sure.”

Fernandes then followed: “We do a great game, create a lot of chances, but in football that is not enough.”

He continued: “It is not enough because we are playing for Manchester United to win some trophies and this season I win nothing. For me it is not enough, I need to do much more.”

The Red Devils will now have less than a month’s break before the 2020-21 season kicks offs, while the inquest into how to better this campaign is well and truly underway.