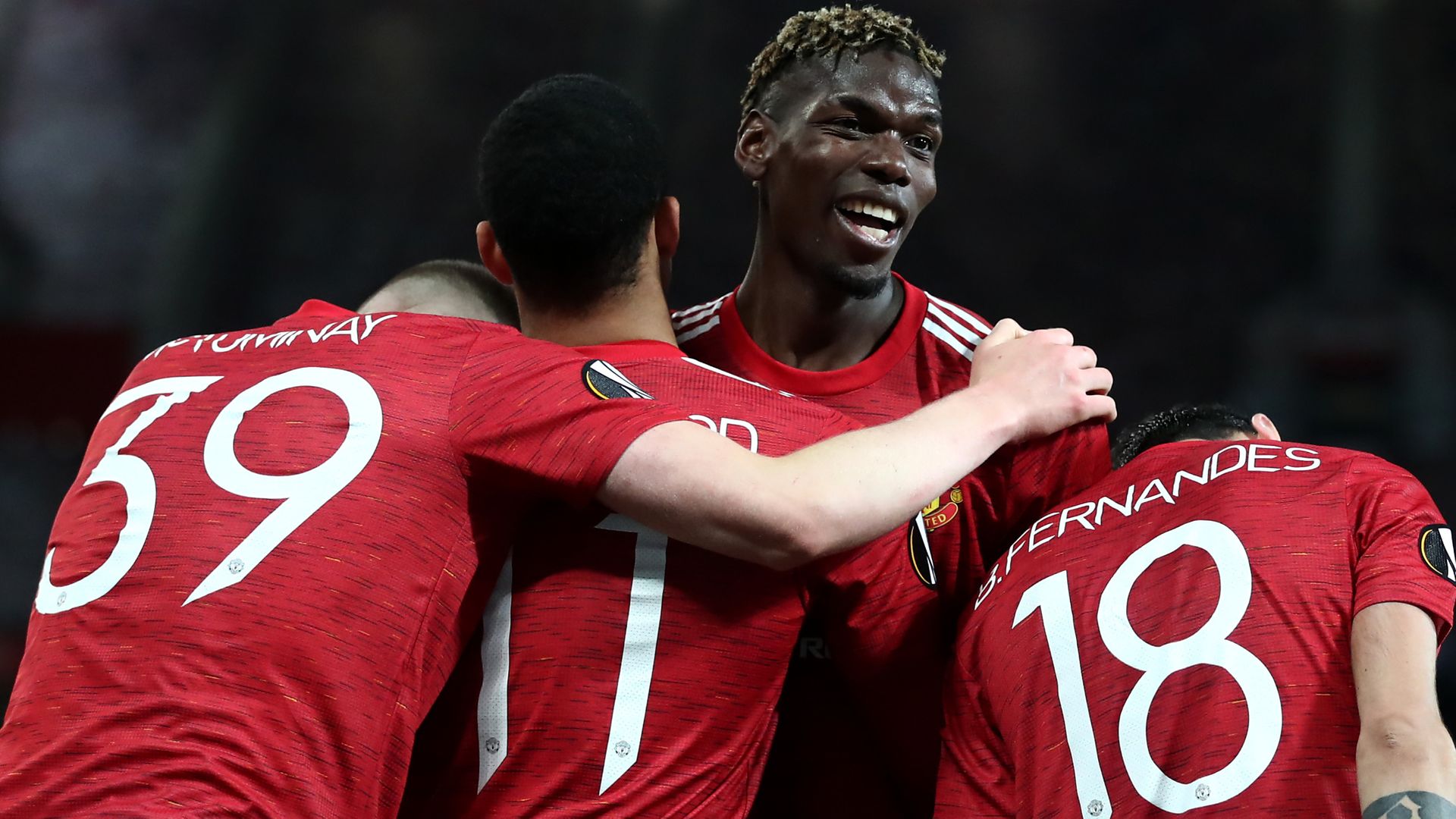 Manchester United are back in Italy this evening for the second leg of their Europa League semi-final tie with Roma.

Ole Gunnar Solskjær’s side boast a ferocious four-goal lead heading into this one, while Paulo Fonseca’s men are hoping for another miracle, in what could be the manager’s final European game in charge of the team.

Winless in their last six games (two draws and four losses), it’s certainly not the end-of-season slump Fonseca and Roma would’ve wanted, as the dawn of a new era approaches.

The announcement of Fonseca’s impending departure on Tuesday was made just hours before news of their incoming boss broke – and it’s going to be José Mourinho.

The former Internazionale gaffer, who won the treble in one of his two terms at the San Siro, will return to the country to pick up a team potentially plying their trade in the Europa Conference, a new competition for clubs who fail to qualify for the UEL or Champions League.

However, the Giallorossi will still be keen to finish this campaign strongly, with this clash and four league fixtures left at present.

They’re expected to give everything to get to Gdansk against the odds and part ways with Fonseca after a final.

One to watch: Lorenzo Pellegrini

As we witnessed at Old Trafford in the drubbing, Roma were decimated by three injuries in the first half, although did lead at the break.

Their dominance down the centre was key, as Fonseca’s side didn’t allow the Red Devils much room until the latter stages of the affair in a classic game of two halves.

The Giallorossi’s weakness was the wide areas, thanks to their formation, and Leonardo Spinazzola’s early departure only exacerbated that.

Brazilian Bruno Peres is expected to line up in his place, and Gianluca Mancini (no relation to the ex-Manchester City) manager looks set to replace Bryan Cristante in defence following his suspension.

That could see the Canadian-Italian move into midfield, with Amadou Diawara out injured to compound their woes.

Moving forward, Lorenzo Pellegrini gave United plenty of issues between the lines and dispatched a superb penalty to equalise, but fellow wide attacker Mkhitaryan struggled to make an impact.

Edin Džeko showed his predatory instinct with a goal which gave Roma the lead in Manchester, getting the nod over Mayoral to lead the line.

Attacking options are sparse tonight, too, meaning that’s the only real selection dilemma for Fonseca.

Although the Portuguese gaffer wasn’t in charge of the side then, the Giallorossi’s historic 2018 comeback against Barcelona will no-doubt be on the minds of those in the capital.

Roma lost 4-1 in the Camp Nou before winning the return leg 3-0, so if Džeko gets the first goal, maybe fasten your seatbelts.

“We have to be realistic; obviously it won’t be easy to win 4-0, but in football, I have seen and experienced many things. There is nothing that is impossible. Compared to us, they will certainly be fresher and, in addition, they have the advantage of the first-leg result, which will make them feel safe. However, we want to win and fight to the end.” – Paulo Fonseca

Next match: Crotone [H] Sunday, May 9

In what can only be described as a landmark moment for English football, United’s hosting of Liverpool on Sunday didn’t go ahead, following mass protests outside and inside the Theatre of Dreams.

Supporters quite literally decided ‘when their club played,’ and the fixture has been moved to next Thursday, making it four games in the next seven days for their beloved football club.

With Arsenal or Villareal awaiting in Poland in 20 days’ time, it’d take something of a collapse for United not to be there and lose another semi-final.

Still, there’s an Italian job to do.

After last night’s confirmation that next week is going to be an especially busy period, rotation seems inevitable tonight.

It would be an ideal game to play Donny van de Beek and Nemanja Matić in a double pivot, with the encounter set to be an open one thanks to the Giallorossi’s uphill task but Fred or Scott McTominay will probably push the Dutchman up the pitch.

With Paul Pogba still fasting for Ramadan, a start on the bench would make sense, having made a great impact last week.

Mason Greenwood is in fine form and it would be naive to risk Edinson Cavani, so the striker position seems set.

Anthony Martial stepped up his rehabilitation and returned to training on Monday, although he hasn’t traveled and may not be ready for Villa Park at the weekend.

Daniel James is also a fresh absentee and will be out for ‘a little while’ according to Solskjær, meaning Amad Diallo’s chances of starting are significantly increased.

Juan Mata could also make an appearance, being included in the squad with young forward Anthony Elanga.

“We’re not going to play on the result; we’re going to play to win the game. That’s the only way I think we can play this game. Of course, there might be one or two changes in the selection, but we have to get into the final. Everyone says it’s done but I’ve seen bigger upsets than this. Roma beat Barcelona in a second leg after being 4-1 down.” – Ole Gunnar Solskjær

Next match: Aston Villa [A] Sunday, May 9