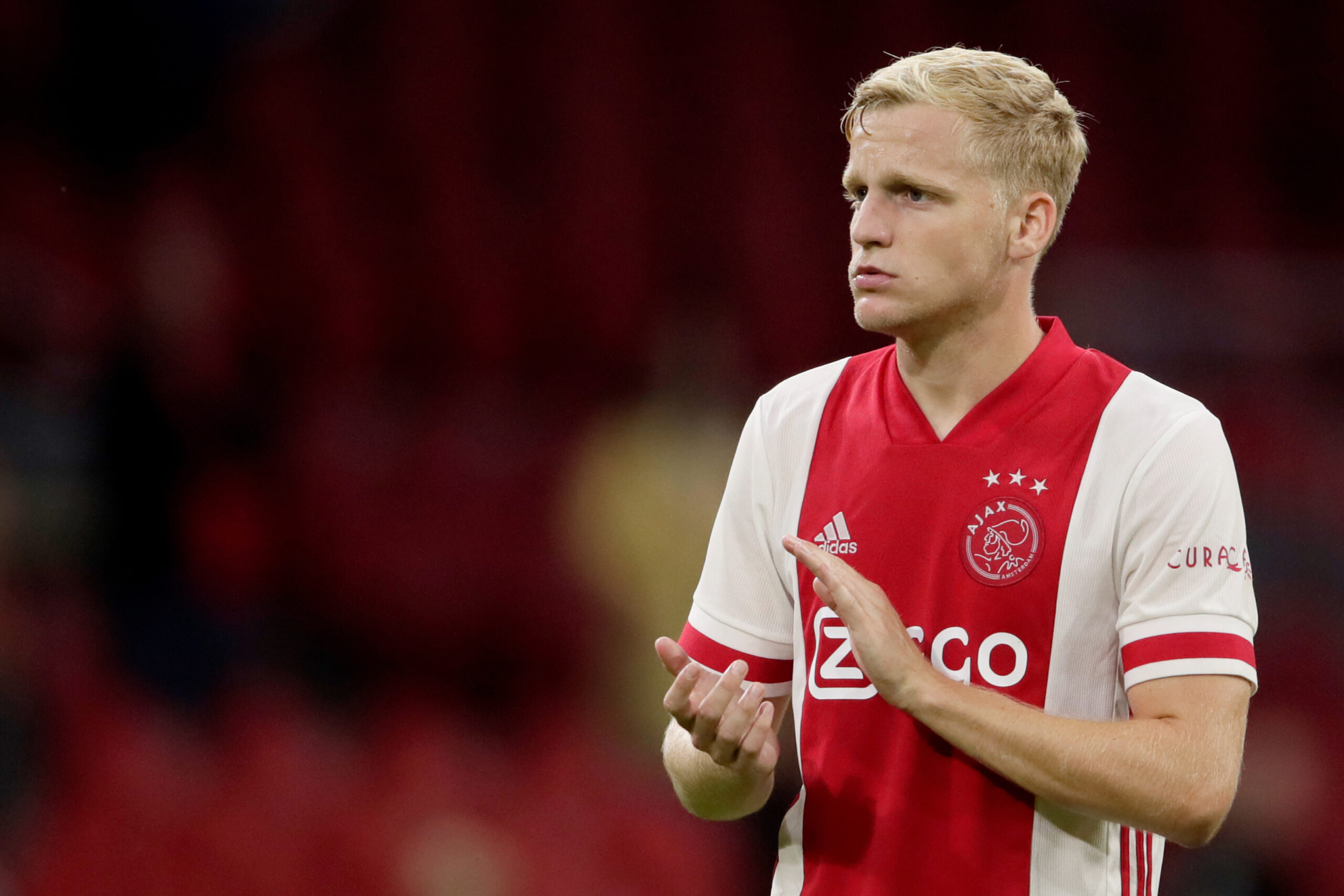 Manchester United officially announced their first signing of the summer in the shape of Donny van de Beek today.

The 23-year-old joins from Ajax for an up-front cost of €39m, with an extra €5m to be paid in performance based add-ons.

It’s taken six weeks since the opening day of the transfer window for the Red Devils to welcome their first recruit through the doors, with the eventual reception online inevitably breaking the internet. United’s official announcement on Twitter registered well over 150,000 individual interactions in just under half-an-hour.

One figure that was certainly happy to see the new man officially become part of the squad was Ole Gunnar Solskjaer. Speaking to the club’s official site, the manager stated: “His ability to see space, time his movements and read the game will really complement the qualities that we have in midfield and his arrival really strengthens the depth of talent we have in that position.”

This type of profile was high on the Norwegian’s list coming into this summer, with United’s midfield department lacking any real creative depth, beyond Paul Pogba and Bruno Fernandes.

Solskjaer’s reference to Van de Beek’s ability to ‘see space’ is an indication that he will grant the Dutchman a license to advance inside the final third, similarly to how he has been doing at Ajax. Operating down either channel of a midfield three, the 23-year-old has been an important part of Erik Ten Hag’s set-up, missing a total of just four games last season.

In the middle, Van de Beek likes to operate as a box-to-box midfielder, with his off-the ball work receiving notable recognition. Running from deep, the Netherlands international likes to attack the space in-behind the lines and pin oppositions back.

Such a trait can be played upon in a United midfield that contains Bruno and Pogba, two players that like to pick up the ball and feed their front-runners further up the field. It would no doubt be an attacking set-up, if the trio started together, but Van de Beek is experienced in being flexible with his positional play, roaming around the field and covering all areas of the park.

Below are heatmaps (via WhoScored) taken from two of the midfielder’s last ten games at Ajax. Although his action areas appear relatively spread-out, his attacking intent is highlighted inside the final third.

His positive movement off the ball is a key factor behind the club’s investment, with Solskjaer wanting to see this kind of progressive mentality from all his players. The front three are instructed to sit high up the field, creating pockets of space for the likes of Bruno and Pogba to move forward into – Van de Beek will benefit from exactly this.

Setting an aggressive tempo, expect the Dutchman to be making frequent runs and joining up with the frontmen. His 14 goals across all competitions highlight just how effective his attacking output can be from the middle.

United fans will take to this progressive style of play, and his willingness to penetrate stems from his industrious, hard-working attitude. Coinciding with such, the midfielder does not shy away from his defensive responsibilities either.

He averaged 2 tackles per game in the Eredivise last season – the second highest from the Ajax squad (counting players with 20+ starts only). He also ranked second for the club in the interceptions department in the Champions League, with his high work-rate establishing the 23-year-old as one of the most effective pressers in Europe.

Van de beek has continuously received praise for his tenacious attitude, and his hungry, driven work-ethic is exactly the kind of personality that Solskjaer is looking to add to his squad.

The manager has a fantastic success rate in the transfer window – three of his four permanent signings so far have grown to become key starters in the side. Each player has addressed long-standing issues in the squad, and have replaced stagnated figures in the process.

United’s latest addition will contribute to the rebuild, with Jesse Lingard and Andreas Pereira looking to be on the move. It looks to be another piece of efficient business from Ole and for €39m up-front, one with very little risk.

Click here if you wish to read more on Donny van de Beek’s style of play and how he will fit into United’s team.