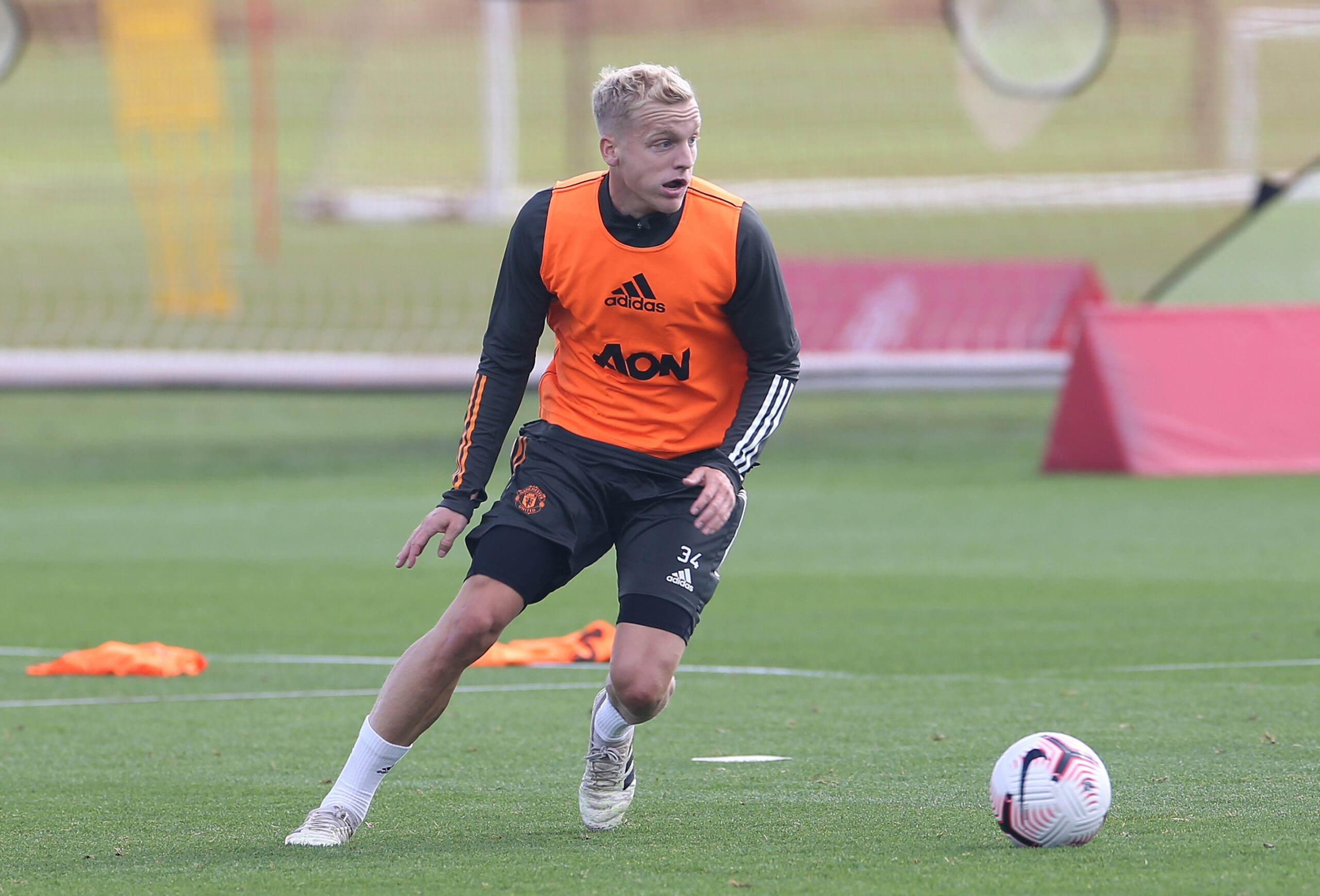 Ahead of Manchester United’s opening 20/21 Premier League fixture against Crystal Palace, new signing Donny van de Beek has been discussing what it will be like to represent the club for the first time.

The Dutchman arrived from Ajax earlier in the month for a reported fee of €40m, initially describing the move as a ‘dream’. Any fresh face coming through the doors of Old Trafford will inevitably spark excitement, and fans can’t wait to see the technical midfielder in action.

Looking ahead to the new season, the player himself can’t contain his excitement. Speaking to Inside United magazine, he said: “It’s a family club, I feel this already from the first seconds I have been here. Old Trafford is an amazing stadium. The nicest thing will be when the fans are there too and I cannot wait to play for the first time in front of them. I hope to see them soon in the stadium because for our team they will give us a lot of power when we can have them with us.

“I watched United a lot [when I was younger]. Because a lot of Dutch players have played here and this was nice to watch if you’re a young kid and you see the Dutch players there. Daley, Edwin, Robin van Persie… you see them. They won a lot of titles and United always played nice football, which was always good to see.”

Representing the badge will evidently be a huge honour for Van de Beek, who is certainly making a step up in his career. Whilst Ajax are the biggest club in the Netherlands, playing for United is a whole different ball game.

It’s a prospect that the 23-year-old is relishing though, particularly due to the young and attacking squad that Ole Gunnar Solskjaer has created. He continued to say: “I cannot wait to play many games with them. There are a lot of young players in the group, around my age, and I think this is a really big opportunity for me to help the team.

“It’s always good to play with these kinds of players, you can learn from everybody. Everybody has their own qualities and you have to pick things up from them. I’m really happy I can play with them. That is what I want and I hope together we can make a really nice future for the club.”

Such words are certainly refreshing to hear, and the midfielder holds the potential to become quite a fan favourite at Old Trafford.