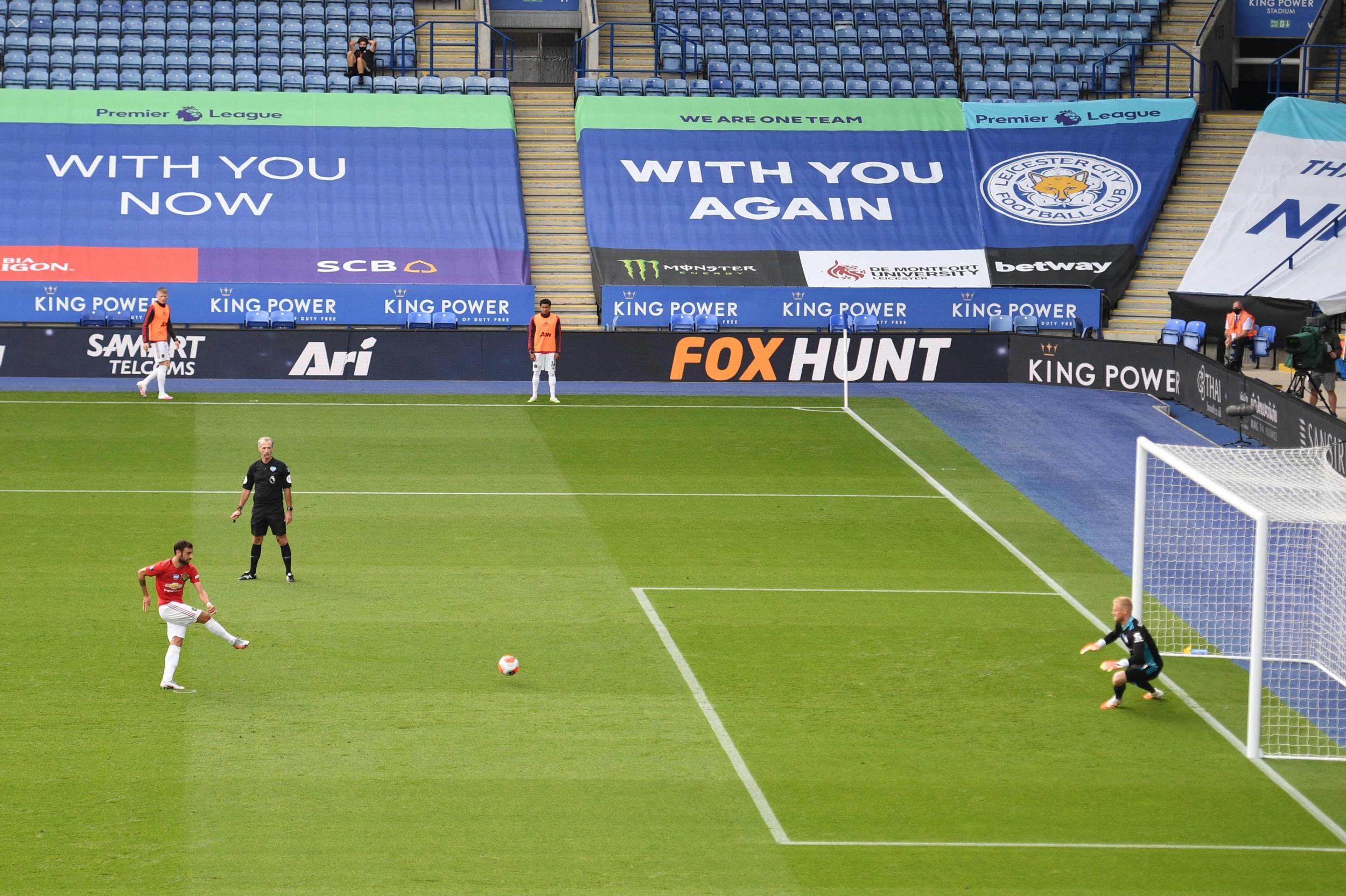 United head to Leicester on Boxing Day, looking to extend their 100% domestic away record and climb over the Foxes into second spot.

Ole Gunnar Solskjær’s side are in good form, having reached the Carabao Cup semi-finals in midweek but now face Brendan Rodgers’ outfit, who have top four ambitions of their own.

Faltering toward the end of last season, Leicester haven’t felt sorry for themselves this time around and are well in the summit’s mix at the beginning of this campaign.

Topping their Europa League group and being the current best of the rest in the Premier League, Rodgers’ roster is outperforming expectations once again.

However, the Foxes have already lost as many home games this season as they did in the entirety of last term (4), having been defeated by Everton 10 days ago.

That fourth quashing last campaign came courtesy of the Red Devils on a nail-biting final day, where a Bruno Fernandes penalty and Jesse Lingard’s late strike secured Champions League football for United and sent Leicester down to 5th at the last hurdle.

Now, their Northern Irish manager is looking to go one better than qualifying for Europe’s second-rate competition, with shrewd buys and a deeper, healthier squad meaning the second half of 2020 has looked much better than the first.

One to watch: Youri Tielemans

Throughout the injury-hit end of the season and opening of this one, Rodgers has experimented by deploying different shapes to suit his available personnel.

A 3-4-3 was often used but since the arrivals of the versatile Timothy Castagne, young centre-back Wesley Fofana and return of Wilfred Ndidi, Leicester look comfortable back in their familiar 4-1-4-1 formation.

In the absence of right-back Ricardo Pereira, James Justin has played every Premier League minute across a variety of positions but is now in his natural spot where the 22-year-old has constantly impressed.

Fofana, who arrived from Saint-Étienne in the summer for around £30m following a breakout campaign last term in Ligue 1, has formed a solid partnership with Jonny Evans as Çağlar Söyüncü remains on the sidelines.

Evans, who spent seven years as a first-teamer at United, is close to extending his stay at the King Power according to his boss, meaning he should spend plenty of time at their new training ground.

Someone who hasn’t been at the club for a while is Belgium international Castagne, who started brightly at wing-back but played at left-back against Spurs and should keep his place ahead of veteran Christian Fuchs.

Marc Albrighton continues to feature prominently, with the ever-improving Harvey Barnes operating on the left flank.

The triangular trio of Ndidi, Maddison and Tielemans are back together again like the start of last season, and their complimenting qualities are key to the majority of their play, suppling a certain striker.

Proving the doubters wrong again, Vardy has hit 11 goals in 13 top-flight games so far, scoring a hat-trick at Manchester City in a memorable early win.

Despite middling for most statistics in the division, they’ve scored more and conceded fewer goals than expected goals had calculated.

In all of their recent victories, though, Leicester have boasted the higher expected tally, showing that their form is no fluke.

Vardy’s continual and consistent quality means the former England striker is integral to almost everything his side do, and has been passed fit for the encounter.

Last Boxing Day, they were crushed at home by Liverpool to all-but end their dreams of repeating their 2016 title success and know a win here would be a small statement of intent.

The Foxes’ festive form down the hears doesn’t make for happy memories either; losing five of their six fixtures on Boxing Day since returning to the top-flight in 2014, with their sole win coming at home to City in 2018.

“Ole has reshaped the club in terms of the values, and he’s looking to develop young players. I think he’s done a very good job. They’ve got big quality.” – Brendan Rodgers

A late Wednesday win on Merseyside secured United’s place against their rival Mancunians in a League Cup semi-final next year, but 2020 still contains two more matches – this and Wolverhampton Wanderers at home next week.

The Red Devils have a famous Premier League record on Boxing Day – 21 wins with a win rate of 81% – and have beaten the Foxes in their last four meetings.

United can break the English record for successive top-flight wins on the road in this clash, making it 11, having scored two goals or more in the previous 10.

Title chase talk has subsequently followed the recent improved form but Solskjær isn’t getting carried away before Christmas (earlier in the campaign than usual this year).

“There is noise around [the club] anyway. For us, it’s about improving as team, take it game by game – we have to,” said the manager.

“That’s the name of the game, that’s the only way you’re going to challenge for anything at the end of the season anyway.”

David De Gea is expected to return between the posts, while Aaron Wan-Bissaka is set to retake his place at right-back.

Eric Bailly and Axel Tuanzebe both did well in midweek but Victor Lindelöf looks likely to return alongside Harry Maguire at the heart of defence.

Alex Telles started at Goodison Park before being replaced late on by Luke Shaw, leaving Leicester and us guessing as to who’ll get the nod.

Fred and Scott McTominay (if he’s recovered from a groin injury) should hold down the midfield in a double pivot and Wednesday’s substitutes – Bruno Fernandes, Anthony Martial and Marcus Rashford – are all ready for recalls.

Having beat the Foxes in both games last term by an aggregate score of 3-0, United need to be wary thanks to the Red Devils’ sturdy defence and conservative approach.

It’s likely Solskjær will employ his favoured system again to try and repeat those successes, hoping to make use of the transition as always.

However, their opponents have kept three clean sheets in their last five outings, showing their progression during the course of the campaign.

A win before the other 18 teams play would be hugely beneficial, boosting confidence for the straining period and further displaying their title-racing credentials.

“It’s going to catch up with you if you keep letting the other team take the lead, and Leicester are one of those teams who you don’t want to give a one or two-goal lead to because they have got so many players on the transition.” – Ole Gunnar Solskjær