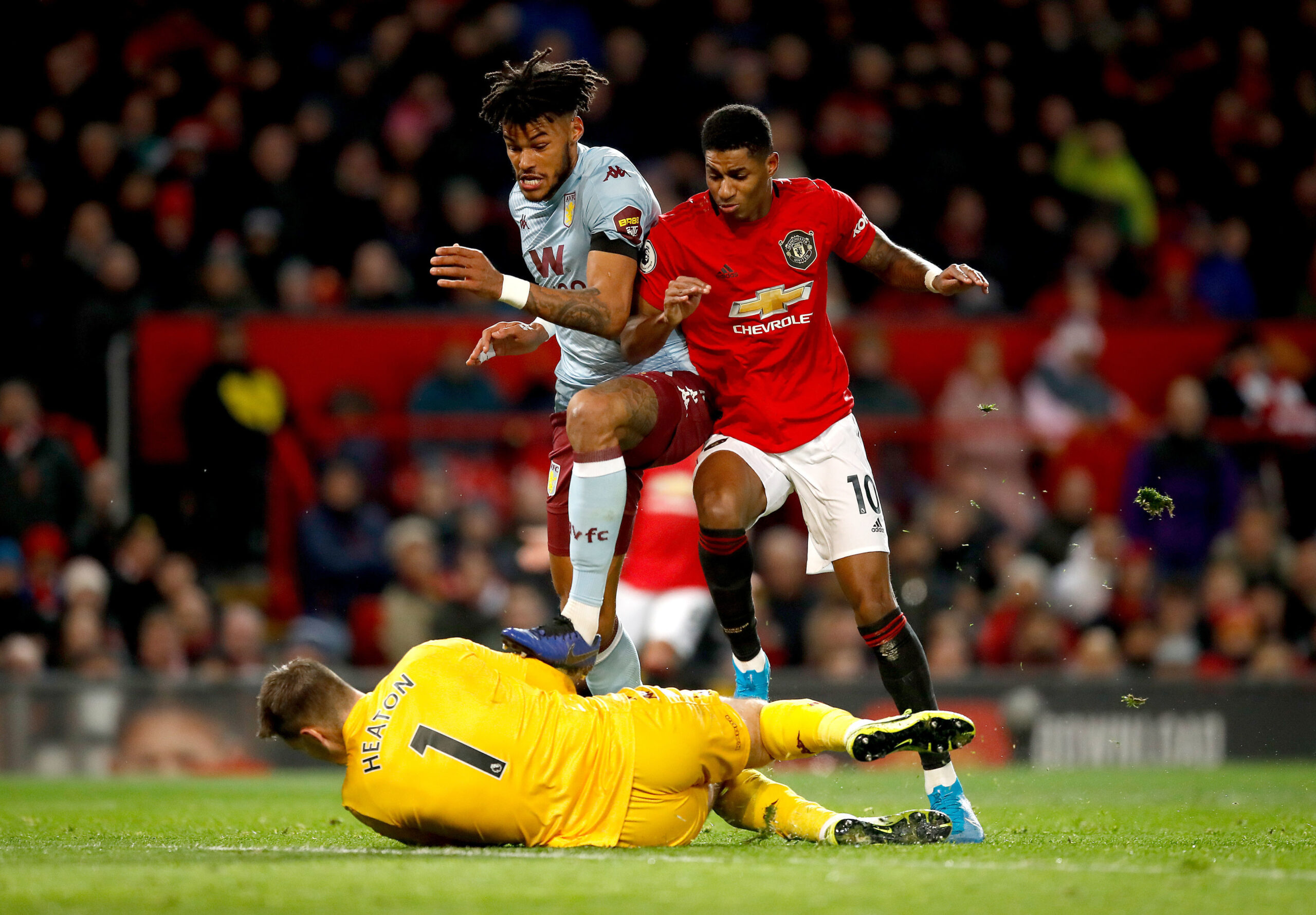 Happy New Year – United have the chance to go level on points at the top of the Premier League tonight against high-flying Aston Villa.

Ole Gunnar Solskjær and Dean Smith’s sides have both exceeded early expectations this season, with the latter now looking at European qualification rather than avoiding relegation.

The Red Devils have bigger plans in 2021, though, and they face a tough test at Old Trafford to start the year.

After escaping the drop by one point and place last term, Villa have made the most of survival and have wasted no time in attempting to re-establish themselves as a Premier League staple.

Backing Smith again in the transfer market, but this time with a different recruitment strategy, things are looking up for the fan favourite gaffer, who supports the club.

Their two main pick-ups at either end of the pitch have helped them overcome the odds to sit seven points off the summit with two games in-hand.

With the most clean sheets and second-least goals conceded, Martínez’s arrival has had a massive impact on their form and the Argentina stopper is as reliable as they come in the division right now – just as Fantasy Football punters.

Up front, Watkins has contributed to 10 goals in the Premier League and given them a whole new dynamic at the top of the pitch, scoring only six despite with an expected goals of 8.58.

The 25-year-old striker and his goalkeeper are two of five players to have played every minute of their campaign thus far, showing just now import recruitment can be compared to their shoddier signings last term.

With their statistics for goals, shots on target and big chances created per-match all ranking in the Premier League’s top respective four, Smith’s coaching also deserves plenty of praise.

These sides last met in August for a pre-season friendly, the month after United won 0-3 at Villa Park before their upturn in form following a 2-2 draw in their first meeting post-promotion.

One to watch: Anwar El-Ghazi

Having played twice within 48 hours over Christmas, Smith hasn’t shuffled his pack much and benefitted from a largely consistent lineup.

Tyrone Mings missed the draw at Stamford Bridge due to suspension but is likely to return at the heart of defence today, the fixture which he scored in last term, and replace Kortney Hause.

Matt Targett got an assist that aforementioned evening and is expected to start at left-back, with summer signing Matty Cash (right-back) and Ezri Konsa (centre-back) completing the back line.

Douglas Luiz has been the solid base of the midfield all season, while John McGinn’s energy and technical nous makes them a dynamic duo.

Ahead of them, Grealish has been causing havoc, with five goals and six assists this season allowing him to finally break into the England setup.

Grealish’s goal at Old Trafford in December 2019 broke the deadlock, producing a special striker from an unlikely angle to stun the Theatre of Dreams.

Since then, heavy reports of the boyhood Villain moving to Manchester came but were put aside this summer when he committed to the club with a new contact but he may well move on soon.

Solskjær today said of him: “He is a player of Aston Villa and England and has only improved. I don’t want to say too much about other teams’ players but, of course, he’s a player we know we need to look out for.

“The goal he scored last season was a brilliant goal and we’ve faced him enough times to know it is going to be a difficult game.”

The mercurial playmaker is central figure in the vast majority of Villa’s attacks, drawing fouls and defenders out of position for the wingers to exploit the vacant space.

Both of their wide men are in red-hot form, with Bertrand Traoré boasting three direct goal contributions in as many games and Anwar El-Ghazi scoring five goals in the same amount of outings.

Watkins has been unfortunate in front of goal lately but his all-round player, work rate and pace makes him a tricky customer for any defender.

Although, stopping their forwards will come back to stopping Grealish, whose 3.4 key passes per-game show how much he orchestrates the Villains’ play.

Unbeaten since November, Villa are not to be trifled with and their attack is capable of cutting open any side – just ask Liverpool.

As shown in recent weeks, they won’t be content with just turning up, but instead will want to put another marker down as Europa League (or maybe even Champions League) qualification challengers.

“Manchester United is probably one of the first fixtures all players look for. We had a good result there last season and we feel we’re in a better place now but we know the talent Manchester United have got.” – Dean Smith

Despite a less than impressive performance against Wolves on Tuesday, Marcus Rashford’s deflected effort in the dying embers brought United within two points at the top of the table before it extended to three on Wednesday.

The goal was United’s latest winner at Old Trafford since Michael Owen’s added-time strike against Manchester City in 2009, who the Red Devils are set to face next in a Carabao Cup semi-final barring any Covid-19 repercussions.

Now, more men from the Midlands come to town and will be looking to make it difficult for Solskjær’s side to start 2021 maintaining their past-year momentum.

Despite finishing 2019 in decent fashion, the Red Devils got the abnormal 2020 off to a stuttering start 366 days ago with a loss at Arsenal, something the manager will be aware of on top of the draw between these teams exactly 13 months back.

On the opposition, Solskjær said: “They’ve been brilliant, I have to say Dean Smith has done a fantastic job.

“We played them pre-season, they beat us then. When you beat Liverpool 7-2, you know it’s not just defending it’s counter-attacking and quality players.”

Edinson Cavani will miss the match as his three-game ban begins following a social media post in November, which will continue over the next two cup games.

Victor Lindelöf is still unavailable through a back injury, while Phil Jones and Marcos Rojo are nearing returns to training.

Having been taken off at half-time, Alex Telles is ‘fine’ according to Solskjær, who was speaking in his pre-match press conference this morning.

The midfield duo rotation is expected to swing back to Fred and Scott McTominay, and the manager commented: “When you leave out Scott and Fred, it’s not easy because they deserve to play every game.

“But Nemanja and Paul played so well against Everton that I wanted that midfield against Wolves.

“We’ll be getting injuries and suspensions, that will happen, but our squad is well capable and ready for every game.”

Mason Greenwood, Daniel James, Mata and Anthony Martial are all in contention for the forward spots, who will need help unlock the best statistic defence in the division.

Without Cavani, Odion Ighalo may even we called upon before his loan spell expires if United need a plan B.

One thing is for sure, though, the Red Devils will need to better execute their plan A than last time out to avoid needing a bit of late luck on New Year’s Day.

“Everyone has realised they are privileged to be part of Man United, such a fantastic club with a fantastic history. When you’re here, enjoy it as much as you can and maybe you’ll experience some fantastic times.” – Ole Gunnar Solskjær