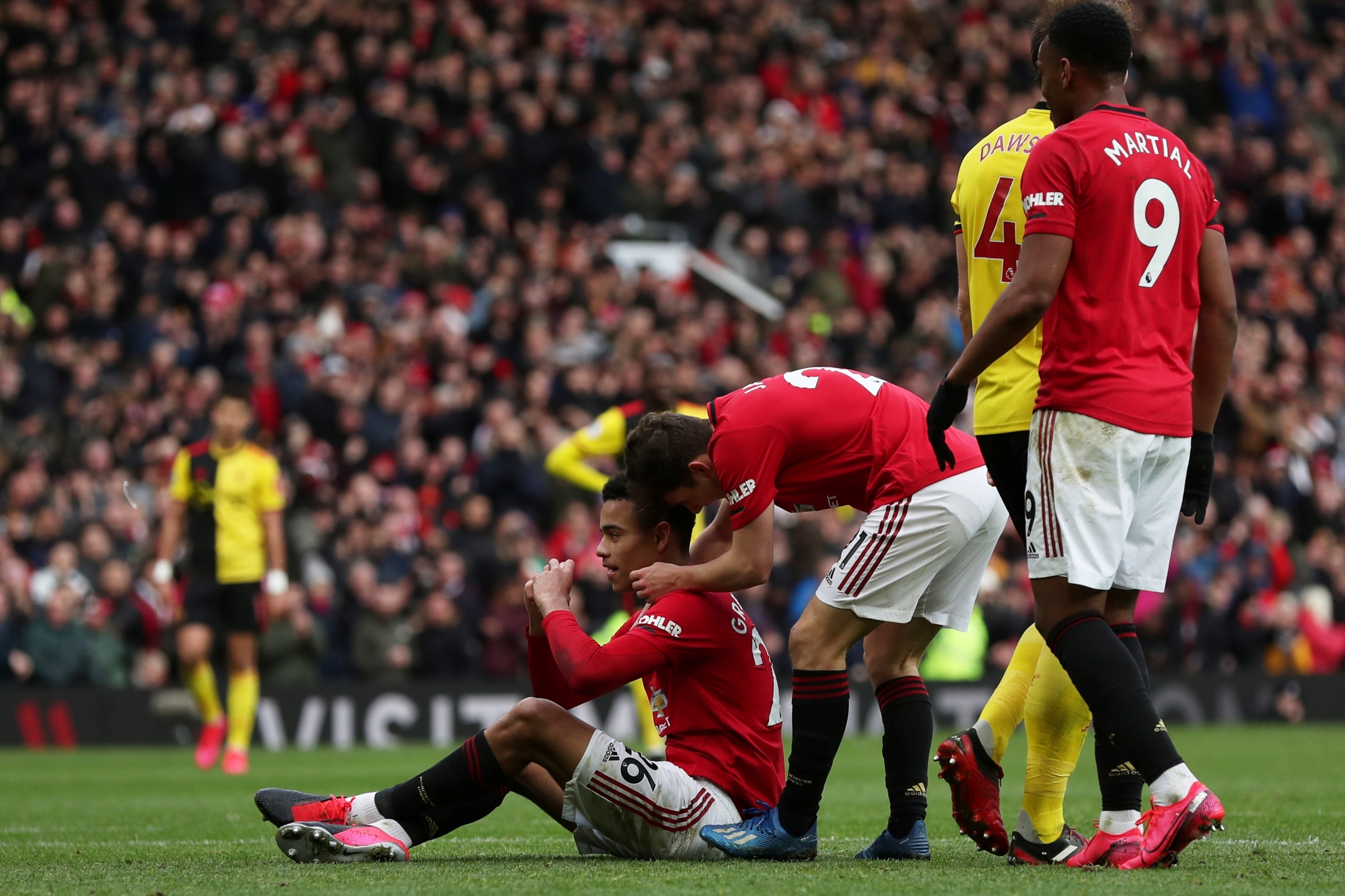 After crashing out at the semi-final stage for the fourth time in a row, United now turn their focus to another cup competition – the FA Cup.

Ole Gunnar Solskjær is still searching for silverware in his third year at the Theatre of Dreams, while Xisco Muñoz is only just getting started with Watford.

The famous Third Round won‘t be the same without supporters in the stands, but the same historic prize is up for grabs.

Following relatively surprise relegation last season – along with the usual managerial merry-go-round – Watford have continued chopping at changing as they search for promotion back to the Premier League.

The Championship campaign hasn’t been too disappointing, with the second-lowest goals conceded in the second tier, but it was more the lack of them that saw boss Vladimir Ivić sacked last month.

Muñoz – referred to as ‘Xisco’ – is his replacement having recently arrived from Dinamo Tbilisi following a five-month stint in which he secured the Georgian top-flight title.

The 40-year-old Spaniard’s first two results have been mixed; beating league leaders Norwich City 1-0 on Boxing Day in his first match at Vicarage Road before losing on the road to second-placed Swansea last Saturday.

With a squad full of players with international and Premier League experience, many punters will fancy Xisco to achieve promotion with the Hornets.

The squad includes Red Devils loanee James Garner, who was a starter under Ivić but has lost his spot so far under his new boss.

Former United midfield prodigy Tom Cleverley scored their only goal in Wales at the weekend – one of three he’s netted this league campaign.

Other notable names such as Troy Deeney, Andre Gray, Glenn Murray and Ismaïla Sarr supplement the strong squad who will be prioritising promotion this term.

Two other former Reds are in their ranks, with goalkeeper Ben Foster – who’ll likely document the game on his YouTube channel – and Craig Cathcart (inured) still mainstays at Vicarage Road.

Those two were involved in the Hertfordshire club’s run to the final in 2019, something they’ll be looking to replicate with an early giant killing despite their domestic ambitions.

One to watch: Ismaïla Sarr

As Xisco looks to build momentum and consistency, Watford are expected to field a largely first-choice lineup but the manager will likely be tempted to look at other options.

Xisco has deviated from Ivić’s different shapes to a flat 4-4-2, with three of the back four being 23 or under.

Alongside right-back Kiko Femenía, central pairing Ben Wilmot (21) and Francisco Sierralta (23) have played together next to left-back Jeremy Ngakia (20), who was hauled off at half-time for Moroccan Adam Masina at Swansea.

Centre-back William Troost-Ekong has featured in 12 of their 22 league outings and with Christian Kabasele ruled out, will be the main rotation option in the rear guard.

One man who won’t play but was involved in their Boxing Day victory is Frenchman Étienne Capoue, who left for Villarreal this week, leaving to Nathaniel Chalobah replace him and partner Cleverly last time out.

Speaking ahead of his reunion, Cleverley told reporters: “It’s great to see how well [United] are doing in the league again.

“I think it’s good for English football that Manchester United are title contenders so I’m looking forward to it.”

The 31-year-old continued: “Ole was my reserve team manager for six months to a year, so I’ve crossed paths with him.

“I played with Fletch [Darren Fletcher] and Michael Carrick so, like I say, there’s more familiar faces on the staff than the playing staff.”

If Cleverley sadly doesn’t get the chance to start back at Old Trafford, playmaker Will Hughes is an alternative in the middle of the park, with Garner ineligible to be involved due to his loan.

Out wide, highly sought-after Sarr will operate on the right while Ken Sema should start on the left.

Although both are capable of cutting inside, the Senegalese and Sema play on their stronger sides to optimise delivery into the strike pairing.

Sarr’s chance creation was impressive in the top-flight last term and while his heavy influence in build-up remains, is now producing a better output, being the Hornets’ highest direct goal contributor (four goals, five assists).

19-year-old top marksman João Pedro has been sidelined with a knock since mid-December, leaving Englishmen to lead the line.

Captain Deeney and Gray have been Xisco’s preferred choice up front, with Murray expected to depart this month.

Statistically, Watford’s defensive quality dominates their division rankings, with Foster making the fourth-least amount of saves per-match with 2.1 and the team is conceding a Championship second-best 0.8 goals every 90 minutes.

Their creative churn of 27 ‘big chances’ overall (eighth in table) has still left fans frustrated as the Hornets rank in the same spot for missing them, with only four being converted.

Watford are calculated to have scored 32.6 goals in the Championship compared to their middling 25 in reality.

However, the Herts outfit have conceded 6.5 fewer goals than expected – a statistic supporters will be happier to see but not shocked given Ivić’s overly-defensive style.

Now under the ‘guidance’ of their sixth manager in 15 months, a win here would be a good start to another tenure.

“We go there with maximum ambition. I know it will be difficult, because Man United is a perfect team, but we need to give our best and try very hard. This is our objective and it’s important we continue with the same attitude, work and spirit.” – Xisco Muñoz

Solskjær’s men travel to Turf Moor on Tuesday with the chance to go top of the Premier League, prior to a trip to Liverpool next Sunday.

The Red Devils have failed to make it past the FA Cup Third Round on just three occasions since they first entered in 1963 – when they won the tournament.

All of those losses have come at Old Trafford, with Tottenham Hotspur winning a replay 0-1 in 1980, while this century, Leeds (2010) and Swansea (2014) have inflicted defeat.

Let’s hope it’s more like the last five years, then.

Solskjær is expected to rotate heavily after various players looked burned out in midweek but is unlikely to switch things up between the sticks following Dean Henderson’s stellar display.

Brandon Williams and Alex Telles are expected to come in and right and left-back, respectively, while Eric Bailly and Axel Tuanzebe are in contention to play between them.

Nemanja Matić will be fresh to partner Paul Pogba in a double pivot, with Donny van de Beek possibly playing in the number 10 role.

Daniel James and Juan Mata could play on the flanks, with Jesse Lingard also available for selection.

Lingard hasn’t played since the Carabao Cup tie at Brighton at the end of September, where he got his sole nine minutes of action this season as a substitute.

Forward Facundo Pellistri has impressed with the U23s since joining in the summer and the 19-year-old was pushing to make his senior debut tomorrow.

Unfortunately, though, the Uruguayan won’t due to testing positive for Covid-19

Fellow one for the future Amad Diallo completed his move from Atalanta to Manchester yesterday but we won’t be seeing him for a few weeks yet either.

The club’s homegrown star Mason Greenwood is expected to lead the line with Edinson Cavani serving the final match of his three-game ban.

Odion Ighalo could potentially make his final appearance for the club before his loan expires on January 31.

Ighalo has largely been anonymous this term but could see minutes against his former employers, and the Nigerian’s manager says he ‘has not let himself down as a professional and a human being’ during his absence.

Greenwood bagged a stunning strike against the Hornets in February, adding to Bruno Fernandes and Anthony Martial’s goals.

Marcus Rashford is the only player to have featured in all of United’s games this season, so should sit this one out.

Solskjær has said regarding team selection for the tie: “We go into the next game wanting to win this, we enter this competition wanting to win.

“There are a few players that had a few knocks, there’ll be a few changes but we’ll still field a team I’m confident in.”

Although it’ll be long run to get another chance of reaching a final, this is the first hurdle for the Red Devils to overcome.

“The reaction has been as expected, you’re disappointed when you go out, always are, wanted to go one step further but have shown many times this season we can bounce back after disappointments.” – Ole Gunnar Solskjær

Next match: Burnley [A] Tuesday, January 12