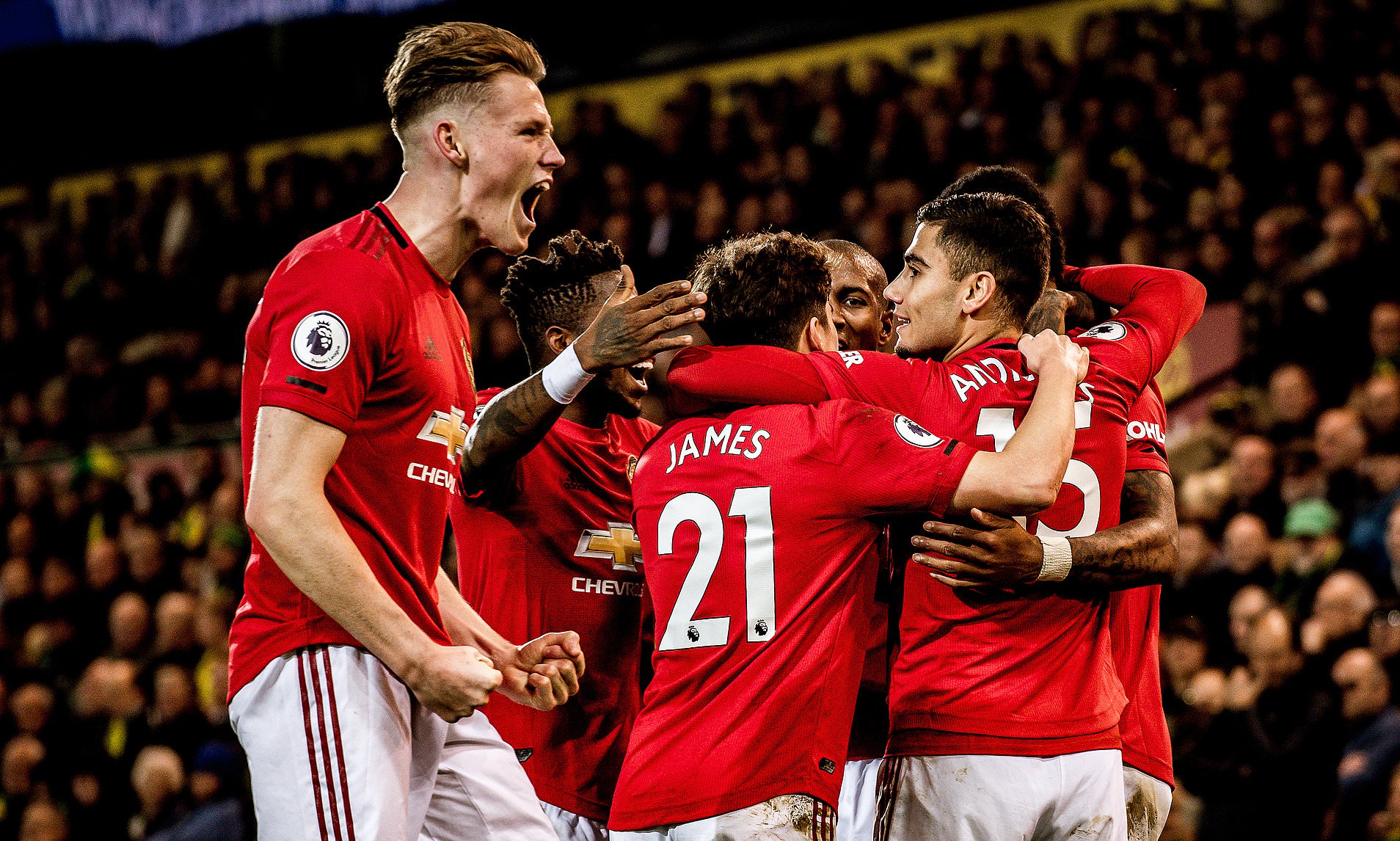 After the Premier League found its winner midweek, the FA Cup now returns as eight other English sides in this weekend’s quarter-finals look to get their hands on a trophy.

Ole Gunnar Solskjær has his sights set on his first silverware in charge of United while Daniel Farke wants some rest bite in a rough season at Norwich.

Although whichever team goes to Wembley won’t be bringing any fans, it means just as much in such an iconic competition.

Road to the round:

Winless and goalless since Project Restart, Norwich’s survival hopes in the Premier League are dim.

Six points behind 19th place and safety in a tight battle, it’s no wonder Farke says the Canaries need a ‘miracle.’

However, it’s been known for relegated clubs to thrive against the odds in the cup competitions – think Wigan Athletic shocking Manchester City in 2013, the year they dropped out of the top-flight.

Their last ‘win’ came in the competition, beating Tottenham Hotspur away on penalties thanks to Tim Krul’s heroics between the sticks.

Krul was also a thorn in United’s side from the spot in the league fixture at Carrow Road, as the Dutchman stopped both Marcus Rashford and Anthony Martial (even if United did still win 1-3.)

To add to their misery, Rashford got his revenge in the return fixture by scoring a penalty in January’s 4-0 win.

Nevertheless, Norwich showed their rare prowess when they beat Leicester City in February, the only league victory that they boast in their last seven outings – and who can forget claiming City’s scalp at in East Anglia back in September?

In terms of tomorrow, Josip Drmić is a doubt after picking up a knock against Everton and has been key in their cup campaign so far, scoring crucial goals in the last two rounds.

If ruled out, the Swiss striker will be replaced by Pukki, who started the term strong but faded fast and a goal in this one would go a long way to kickstarting another scoring streak.

Their youthful trio of Max Aarons, Ben Godfrey and Jamal Lewis will need to be in top form across their back line to stand a chance.

Moving forward, Todd Cantwell can be dangerous when roaming but has dropped to the bench lately.

Two in Farke’s favour are Onel Hernánez and Emilano Buendia, who can cause problems with their pace and creativity in wide areas.

Finally, Ondrej Duda, who recently extended his loan spell from Hertha Berlin, will be hoping to etch his name into the club’s history books.

“A special and unexpected win is always good for the mood and the confidence so there could always be a spark that helps you keep going. But this is a different competition, this weekend we are just concentrating on the cup competition, it is our only topic.” – Daniel Farke

Next match: Arsenal [A] Wednesday, July 1

United are on their best run under Solskjær, unbeaten in 13 games; winning nine of them, scoring 33 and conceding just three.

The 3-0 demolition of Sheffield United at Old Trafford included Martial’s hat-trick, the Red Devils’ first league triple since Robin van Persie’s to wrap up the 2013 title against Aston Villa.

Aaron Wan-Bissaka showed his attacking ability with an assist and when asked about him in his pre-match press conference, his manager said:

“He’s providing more assists, chances, crosses – the best full-backs at the moment have been wingers before.

“We rely on full-backs to go forward and we’re pleased with his progress.”

Solskjær told reporters on Friday to expect a ‘few changes’ and one of this will surely be Sergio Romero in goal.

In front of him, Eric Bailly and Brandon Williams could come into the starting XI for the chance to stake their claim as regulars.

Given it was Paul Pogba’s first start since September and the danger that Nemanja Matić could end up overused, Fred and Scott McTominay, the latter scoring in the aforementioned away fixture, could replace them in the middle of the park.

As well as rotation, some youngsters are expected to travel, with Teden Mengi potentially serving as a new defensive option given the sole two injuries United have.

The manager was also quizzed on Jesse Lingard, who fell ill last week, and confirmed he’ll be involved after scoring the winner in 2016 final.

“I think first of all the FA Cup is a fantastic tournament and fantastic final to play in, a fantastic trophy to lift, our team is a new team and to get hands on a first trophy would be fantastic and hopefully a catalyst for more things to come.” – Ole Gunnar Solskjær