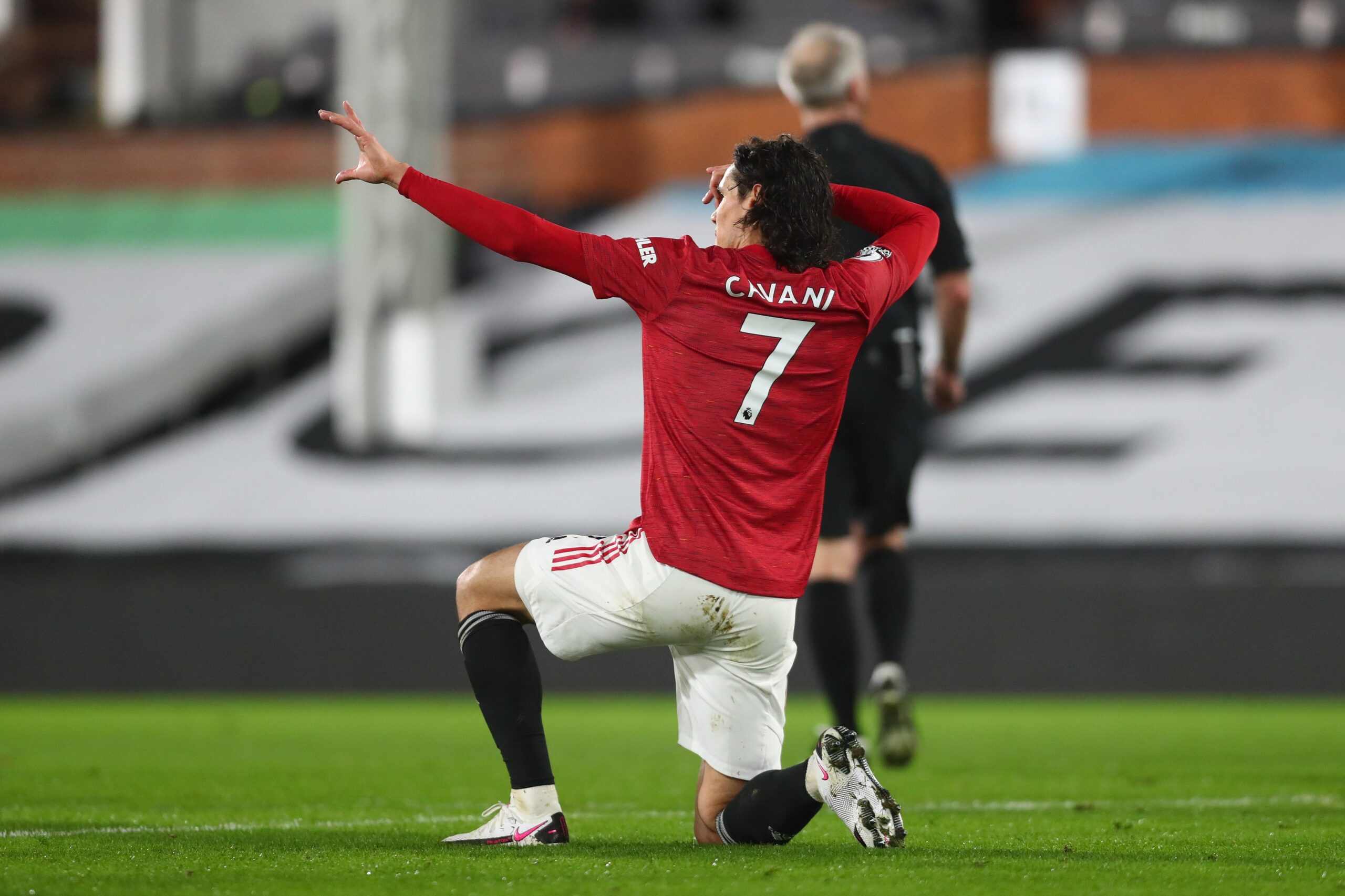 Since his arrival, Edinson Cavani has taken up the mantle of the hallowed number seven shirt with some aplomb. Fans have joked over recent years about the ‘number seven curse’ but there’s no doubt the reputation it comes with carries some weight.

Nevertheless, as a veritable veteran of the game at the age of 33 (a young 33, at that), it seems the Uruguayan’s years of experience playing at the top level have made pressure and expectation simply part and parcel of the profession – one he handles very well.

Since joining the club and only enjoying a handful of appearances so far, Cavani has scored four and assisted twice in 504 minutes – that’s a goal contribution every 85 minutes in the Premier League. Safe to say, the seasoned striker is often on the mark and rarely hits fires off target, so his recognisable archer/bow and arrow celebration only seems fitting.

It was pulled out yet again in United’s latest win over Fulham, as his natural number nine-play say him score the equalizer and almost bag another if not for a good save from his former teammate, Alphonse Areola. However, it would seem that, similar to the story behind Bruno’s celebration, there is a much deeper story behind this one too.

In a recent video with United, Cavani revealed that once again, like Bruno, his choice of celebration largely comes thanks to his daughter. He had the following to say on the meaning behind it:

“It’s a bit of a long story and it’s kind of wrapped up in our country’s history, and the indigenous population, the Charrúas […] When my little daughter, India, was born, her name is just a small reference to our native Uruguayans, the Charrúas.”

He went on to explain that every time “I take out [that arrow] and fire, it sort of encapsulates all these things: a mix of my daughter’s name and the indigenous peoples of my country.” It’s already a fan-favourite celebration, now with an even greater story behind it, and he even joked about teammate, Eric Bailly, reminding him to do it against Southampton

The Charrúas were South American Indians who once inhabited areas throughout Uruguay, Brazil and Argentina) and are rooted in early civilization, hunter-gatherer traditions, one of the most obvious tools they used being that of a bow and arrow – hence the archer.

Cavani is in fine form and I’m sure Reds all around the globe won’t tire of seeing that celebration be pulled out again, hopefully, as United face Liverpool for the second time in the space of a week. His natural movement and attacking instinct might have been one of the things missing in the previous fixture – could he be the one to United go through to the next round of the FA Cup? We’ll soon find out.