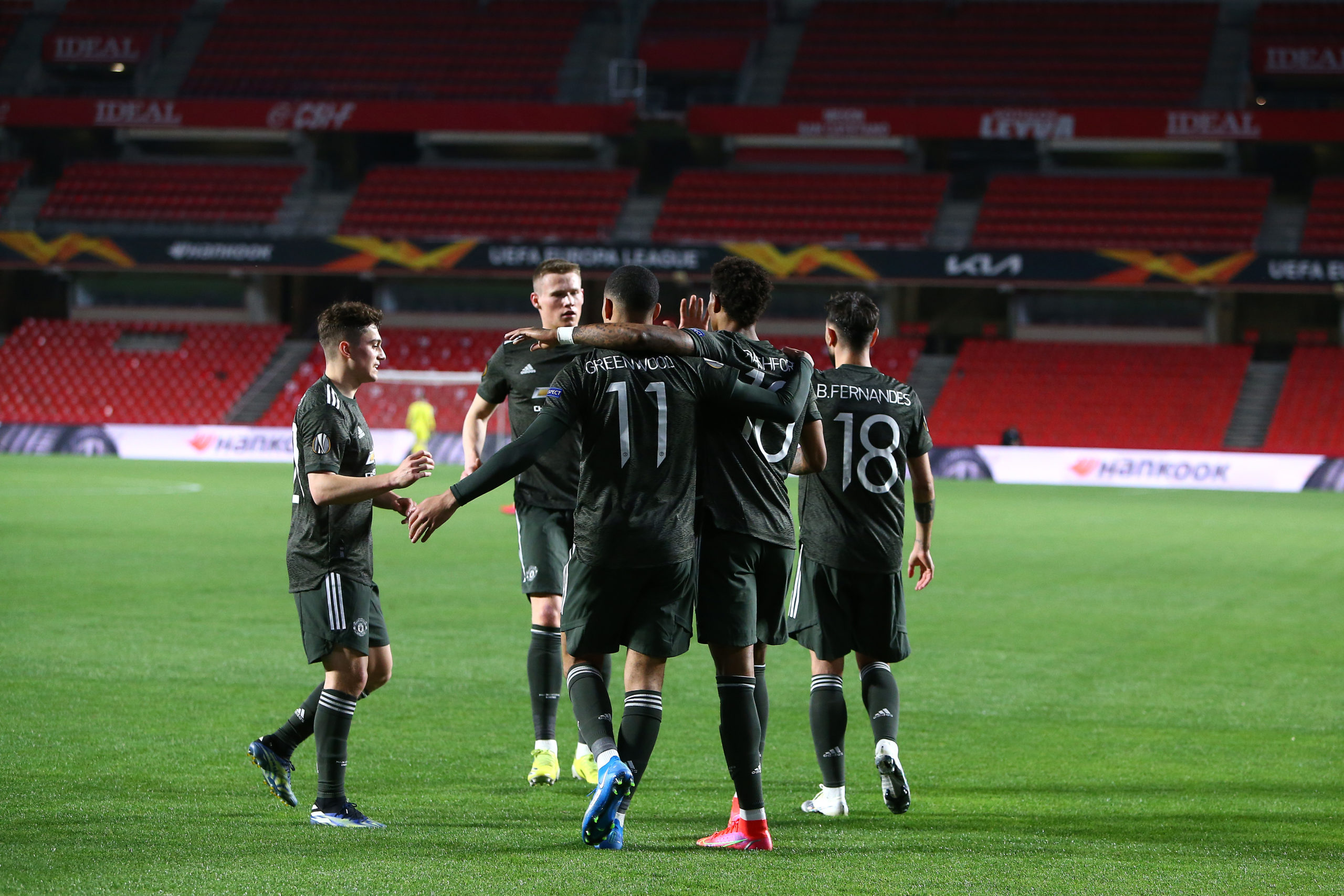 Manchester United return to the Theatre of Dreams with a two away goal-lead as they welcome Granada in the second leg of their UEFA Europa League quarter-final.

Ole Gunnar Solskjær’s side eventually enjoyed an immensely satisfying result on Sunday to cement second place in the Premier League and sit on a great advantage ahead of this meeting, while Diego Martínez’s men have a mountain to climb if they want to continue their continental conquest.

Mountains are there to be climbed, though, so the Red Devils need to ensure that they stay at the summit and advance to the final flour.

Having lost their fourth successive match in round one of this last eight tie, Granada got back to winning ways at the weekend and climbed the La Liga table.

That was on the road, too, which will boost confidence after losing both away legs in their previous UEL knockout bouts.

Martínez’s men are well away from playing any European football next season as far as their top-flight ambitions go (eight points adrift of 6th with eight games remaining), although making the Spanish top six would be less of a miracle than making it through tonight.

Far ahead of where should be, statistically, desire and fortune have blended enough time for Los Nazaríes not to take a famous comeback off the table.

One to watch: Darwin Machís

We’re expecting more or less the same setup that Martínez employed in Andalusia seven days ago, but Granada will be without centre-back Domingos Duarte, who came off injured in the second half and has subsequently not travelled.

Man of the match and Sunday scorer Quini is ineligible, so club captain Carlos Neva is set to be named at left-back.

Maxime Gonalons managed just over an hour in their recent La Liga trip, as regular partner Yangel Herrera came on for the second 45 to replace Yan Brice Eteki in the double midfield pivot.

Central creator Ángel Montoro also started from the bench but is expected to return to the starting XI in place of Fede Vico.

Wide men Puertas and Machís both impressed against an albeit struggling Valladolid, with the latter Venezuelan completing the most dribbles in the match and won the most duels.

Jorge Molina’s crucial equaliser took him above Roberto Soldado in Los Nazaríes scoring charts and could take him into the side for this one.

The 38-year-old powerhouse created two chances to boot, showing his creative qualities in a team who make the most of set plays, having scored six from corners this domestic season.

Granda’s division-worst defence was once again breached on Sunday, and despite their low block being largely effective last week, the Andalusians are easily caught out by speed.

As alluded to prior, Los Nazaríes’ spirit has gotten them through a lot, and manager Martínez made that point in his pre-match press conference, saying: “This team, what they’ve managed to achieve, are things which were almost impossible to consider in years before and so we’re convinced about our chances.”

“We trust in our possibilities to do well. When you go out with a determination you can do anything and that includes the game tomorrow night. We believe in ourselves. Someone has to win the game and we trust our own players.” – Diego Martínez

A sweet victory at Tottenham Hotspur gave United a boost of their own on Sunday, coming from behind once again to win in the Premier League thanks to goals from Fred, Edinson Cavani, Mason Greenwood.

It was Marcus Rashford and Bruno Fernandes who netted in Spain, however, giving Solskjær’s side a comfortable cushion heading into this clash.

With a rare free midweek next week, it’s a good opportunity for the squad to take stock and prepare for the run in, which won’t be as hectic in comparison to the rest of 2021/22.

With a trio of players suspended and this being match no. 51 of the term for the Red Devils, expect some rotation.

David De Gea is set to retake his place between the posts and had little to do at the Nuevo Estadio de Los Cármenes.

Harry Maguire, Luke Shaw, and Scott McTominay were all shown a yellow card in Spain, ruling them out of this one.

Fellow defender Will Fish has joined the senior squad from the academy, so could be involved, and Phil Jones was back out at Carrington yesterday to continue his lengthy rehabilitation.

With Eric Bailly still unavailable, Axel Tuanzebe is set to parter Victor Lindelöf in the rearguard, with Alex Telles coming in for Shaw.

Brandon Williams, on a booking like Paul Pogba, may give Aaron Wan-Bissaka a rest at some point if Solskjær feels confident enough without the right-back.

Nemanja Matić is set to start alongside Fred, with Donny van de Beek and Juan Mata expected to play ahead of him to help give Fernandes and Rashford much-needed rests.

The same goes for Cavani, as Greenwood looks likely to take up the no. 9 role again, with Dan James fit to feature again.

MUFC haven’t managed a home win in this competition so far, drawing both games compared to three wins and a trio of clean sheets on the continent.

“We’ve seen them against Barcelona and Real Madrid and seen how dangerous they have been. We have to play a very good game. If they come and press us, we have to be ready for that. If they sit back and it’s more counter-attack, we have to play a good game and not give them those opportunities. It’s all up for grabs.” – Ole Gunnar Solskjær