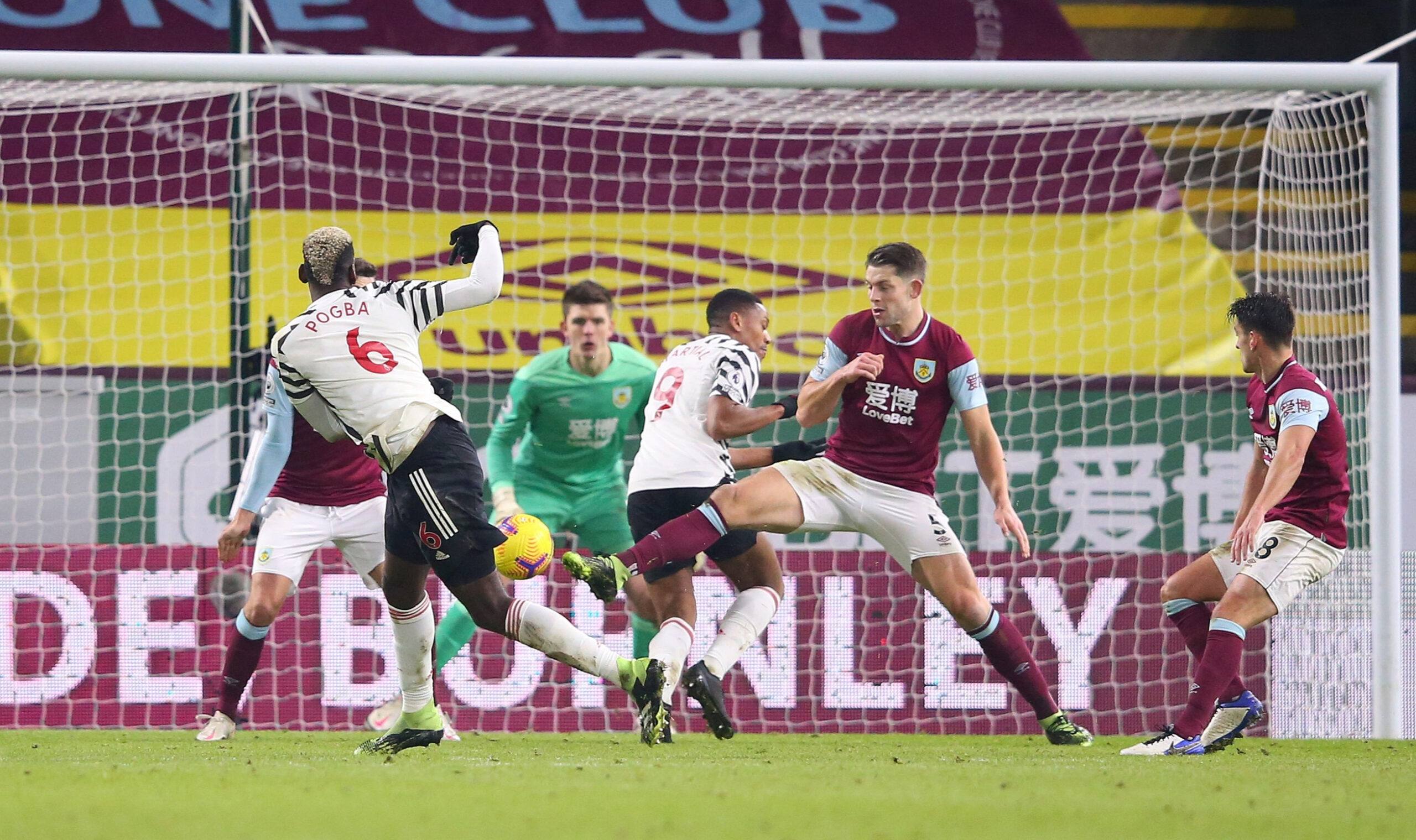 Manchester United welcome Burnley to the Theatre of Dreams this afternoon for a match with implications at both ends of the Premier League table.

In midweek, Ole Gunnar Solskjær and his team reached their fifth semi-final in two seasons, but now Sean Dyche and co come to town hoping to taint the current feel-good factor.

As a fixture which the Red Devils haven’t come out on top in since their opponents returned to the top flight five years ago, three points would be as much of a statement and consolidating second spot.

A staple of the modern-day Premier League, Lancashire outfit Burnley have hustled and bustled their way to safety for the last half-decade but now sit in arguably their most vulnerable position at this stage of the campaign since their return to the English top tier.

As one of the founding members of the Football League, which was created 133 years ago yesterday in Manchester, the Clarets shouldn’t be dismissed as undeserving of their stature, which is why American businessmen Alan Pace decided to acquire the club this year.

In terms of on the pitch, though, miracle-worker Dyche is still the man in charge.

Hindered by a lack of recruitment and an abundance of injuries to key players in his small squad, the Burnley boss has managed to keep them out of the relegation scrap for most of 2020/21, sitting seven points above 18th-placed Fulham with a superior goal difference and one more game to play.

Expected points would see them in the first drop zone spot, with the metric suggesting that the Clarets should’ve shipped in 5.62 more goals than their 42 this term, though.

Letting leads slip at Southampton and at home to Newcastle – in which they had the better of xG – in recent weeks has Dyche’s men needing another win or two to realistically ensure safety, and they have a knack of picking up points from the supposed big boys.

Despite their dismal return of five points from a possible 27 against the aforementioned pair of opponents and Brighton & Hove Albion, Fulham and West Bromwich Albion this season, Burnley’s four points taken from Everton and Arsenal, as well as a win at Anfield, is cause for optimism today instead of concern.

Something else that’ll supply plenty of confidence to Clarets supporters is their record in this fixture.

Having lost the 2014/15 iteration, they managed three consecutive draws (pegged back by United in the last two) before a famous win last January, making it an unbeaten ground since being re-promoted in 2016.

Unsurprisingly, Dyche hardly ever deviates from his favoured 4-4-2, with even 4-4-1-1 a rarity.

He usually can rely on Nick Pope between the posts but the England international is ‘touch and go’ due to injury, so Northern Ireland no. 1 Bailey Peacock-Farrell could once again fill in.

Erik Pieters has recently usurped Charlie Taylor at left-back, while Matt Lowton remains a mainstay on the right-hand side of defence.

Ben Mee and James Tarkowski are set to continue their partnership, and the pair’s power is a large reason why only one team in the bottom eight have conceded less goals than the Clarets this term.

As well as giving their side a solid base to build on, English duo Mee and Tarkowski also help their team to 4.6 shots by opponents blocked per-90 minutes of top-flight action, the highest average in the division.

Mercurial wide midfielder McNeil has whipped in the second-most amount of successful crosses by wingers during the current PL season, frequently linking up with Wood and the injured Ashley Barnes to good effect.

The former MUFC trialist is a doubt like Pope, and his absence could see interception machine Josh Brownhill shift out wide, with Jóhann Berg Guðmundsson operating on the opposite flank.

Jack Cork and Ashley Westwood should anchor the midfield, and the latter ranks highest in the squad for key passes per-90 (1.36).

Something that will sorry the Turf Moor faithful interested in their side’s underlying numbers is that Burnley have failed to manage over 2 xG in any Premier League outing this campaign, even registering 0.72 in a 3-2 victory over Aston Villa in January.

Playing the most long balls in the division by far this term, the Clarets’ game plan is often simple as an XI but individuals are carefully instructed by Dyche and his staff every encounter, commonly coming good when the pressure is on.

Don’t be fooled by Burnley’s predicament and prepare for a battle.

“It is still a very difficult place to go. We have had a few good results there but it is difficult. They have one loss in sort of 23 or so. They are a very good outfit.” – Sean Dyche

By repeating what they did in Spain a week prior, United beat Granda 2-0 on Thursday to secure safe passage to the aforementioned Europa League semi-final stage, with Roma awaiting in the final four.

That comes after next Sunday’s grudge trip to Elland Road and between the hosting of Liverpool, but next week is a rare free midweek for the Red Devils, who’ve been playing (for what feels like) every three or four days since Project Restart just 10 months ago.

In those 10 months, United have made great strides and have been in the top two since December 29, but the squad will know a sound end to the domestic season and a continental trophy is the expected requirement to make it a truly positive period.

Solskjær’s side are, additionally, looking to make it five successive PL wins since the Norwegian boss’ interim period at the turn of 2019, which was ended, ironically, by Burnley.

Let’s find out who’ll be looking to equal that feat for the Red Devils.

Three of Thursday’s back five are set to change, with Dean Henderson, Harry Maguire and Luke Shaw all set to slot in and replace David De Gea, Axel Tuanzebe and Alex Telles respectively.

Captain Maguire will be looking to continue his record of starting and playing every minute of all 69 of the United’s top-flight games since arriving at the club, and had a goal harshly chalked off for what was deemed a foul in the reverse fixture.

Scott McTominay is also fresh after serving his suspension like Maguire and Shaw, meaning he should line up alongside Fred.

However, the double pivot of Nemanja Matić and Paul Pogba was highly effective at Turf Moor, as Solskjær sacrificed stability for forward firepower in the narrow but deserved win.

Marcus Rashford was named on the bench as a ‘last resort’ in midweek, not being needed as Pogba, Bruno Fernandes – who both donned the armband at different points – Mason Greenwood and Cavani all started.

With Leicester City on their on their FA Cup adventure, the Red Devils could extend the gap between them and the Foxes to 10 points before Brendan Rodgers’ men play on Thursday.

“It is a massive game for the players. Massive game for them to show the mentality that they have shown over the last 13-14 months [since the January 2020 loss] because I think the attitude has been spot on. The determination, the bounce back ability the of not letting one defeat derail your season or lose the momentum. Get straight back on getting points or a win.” – Ole Gunnar Solskjær