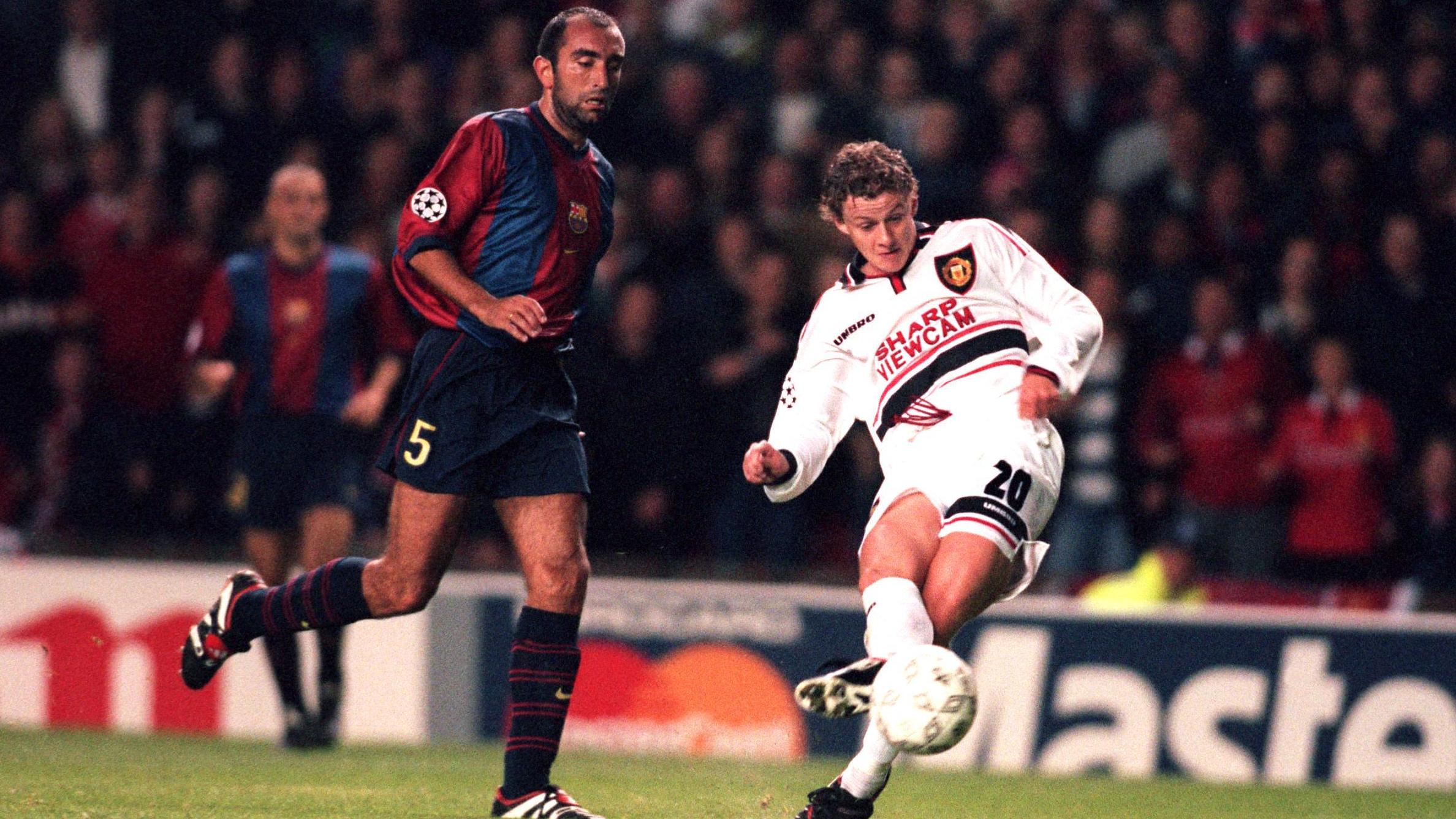 Fate has once again drawn Manchester United and FC Barcelona together, this time in the Champions League quarter-finals.

Ole Gunnar Solskjær will be keen not to make things as difficult as in the last stage and lift confidence at Old Trafford once again, while the often criticised Ernesto Valverde is on the verge of delivering another league title at the Camp Nou.

A fixture that is etched into European football history, these are the matches which can be remembered for generations.

One to watch: Luis Súarez

On the brink of another La Liga crown, Barça managed to breach Atlético Madrid twice in the closing stages to secure a crucial victory.

That win came courtesy of a stunner for Luis Súarez – a man who his own history at Old Trafford – and a lovely nonchalant finish by, you guessed it, Lionel Messi.

Top of the league by 11 points, La Blaugrana are comfortable domestically and are aiming for European triumph once again – something Messi stated at the Camp Nou back in summer, calling it ‘our’ trophy.

Messi is one of the last remaining members of their iconic 2011 Champions League winning team that is still part of the Barça squad – a haunting Wembley memory for United.

The Argentine boats a whopping 45 goal contributions this season – making it one of his best ever campaigns when it comes to getting the ball into the back of the net.

Messi is joint-top in the goalscoring charts with Robert Lewandowski, who was eliminated in the previous stage.

Academy product Gerard Piqué will return to Old Trafford for the first time since leaving in 2008. The centre back is also a survivor of the side which beat the Red Devils twice in three years to put La Blaugrana top of the football pyramid around the turn of the decade.

The now Catalonia international described his return as special and described his former club as ‘the most important in England.’

Solskjær joked that some needles should be put out for the defender as his former teammate ‘isn’t a fan of them’.

Sergio Busquets, who claimed it was the ‘ultimate high point’ of his then Barcelona young career, also started that night and battled Michael Carrick, who is now on the touchline while the Spaniard continues to dictate play.

That was not the only time the Catalonia natives crushed red Mancunian hopes. Barça inflicted United’s heaviest ever Champions League defeat, 4-0 in the 1994/95 group stage in which Hristo Stoichkov scored twice as La Blaugrana gave the red youngsters a lesson in the Camp Nou; but they have never triumphed at Old Trafford.

In terms of team news, forward Ousamane Dembélé trained as normal on Monday and traveled the next day following a thigh strain which has kept him out since March 16.

Midfield maestro Arthur has been a stand-out performer this year since arriving from Brazil, helping to keep play ticking over in the middle.

Phillip Coutinho scored for Liverpool in the Europa League back at Old Trafford in 2016 but is not assured to be starting with long-time rumoured Red Devils target Arturo Vidal sometimes starting on the left wing, which highlights Valverde’s conservative approach on various occasions this term.

Centre back Clement Lenglet’s rise to stardom at Old Trafford last season with Sevilla in the round of 16, and is now often keeping fellow Frenchman Samuel Umtiti out of the starting XI – the World Cup winner has struggled with injuries since the summer.

Quote from the born

“All teams go through periods. Fans know this, players know it. All players signing for Manchester United know what sort of club they are joining. United haven’t been getting to Champions League finals like they were in the past but now they are looking up the table.” – Ernesto Valverde

Abject displays from key men and defensive errors cost United at Molineux for a second time this season as Solskjær suffered a third defeat in four games.

Scott McTominay scored his first goal for the Club to give his team the lead but goals from Diogo Jota and a Chris Smalling own goal rendered it worthless.

Ashley Young’s rash red card puts him out of the weekend’s fixture as West Ham United visit, while Luke Shaw will miss the next two Premier League games due to an accumulation of 10 yellows cards thus far.

Phil Jones and Smalling (an unused substitute in that 2011 final) came under fire for their performances but have both recently been awarded new contracts at the Club and Smalling confidently claimed: “bring it on” with the prospect of facing Messi.

It is over a month since the Parc de Princes comeback and that night in Paris is still fresh in the memory for the reds, with Solskjær claiming that “the outcome of the second leg against PSG has given the players and supporters belief that the same is possible against Barcelona.”

Out-of-favour man Marcos Rojo claimed ‘everything changed’ after the historic achievement in Paris.

Paul Pogba has continued to make the headlines, with the cover of this month’s France Football claiming his “way” is to Zinedine Zidane’s Real Madrid.

Although, his current boss spoke about him in his press conference and said: “Paul’s job is to be the creator and to drive us forward. I expect him to perform tomorrow.”

Barça president Josep Maria Bartomeu was recently quoted as saying that he made contact with Pogba’s then-club Juventus in 2015, saying they were interested whenever he becomes available.

Mike Phelan and Solskjær did go to Barcelona at the weekend to watch them claim a vital victory, entertaining fans on Twitter in the meantime.

Not sure who’s at the wheel on this damn iPhone pic.twitter.com/EO1t2aAhAd

Last Thursday, Conditioning coach Robin Thorpe announced his departure from the club via social media, joining Atlis after 10 years at Carrington – with head Strength and Conditioning Gary Walker also leaving for Cincinnati a few weeks ago.

As regards to tactics, Diogo Dalot could be deployed at right win in order to prevent Jordi Alba’s marauding runs from left back.

Fred and Brazilian compatriot Andreas Pereira shined in Paris but neither may make the starting XI.

Alexis Sánchez was training on Tuesday, after taking a trip to Llandudno over the weekend.

Marcus Rashford missed out at Molineux but also trained in the session that was open to the media and is in contention to start.

However, the was no sign of Eric Bailly, Ander Herrera, Nemanja Matić and Antonio Valencia at Carrington.

Matić is hoped to be fit but Herrera is ‘probably out’ according to the boss.

Herrera, soon out-of-contract, has commented on speculation surrounding his future by saying: “today Manchester United and I aren’t thinking the same and there is no renewal agreement, but my duty is to keep listening to United.” to ABC.

Those two midfielders will be suspended for the next match if they are booked before the semi-finals, while Luke Shaw, Valencia and Young are also in the same predicament.

“Everyone is focused on the game tomorrow because we can create a special atmosphere,” says the boss. “We’ll need the crowd in a game like this because they can be special. Hopefully, under the floodlights, it can be a special evening.” – Ole Gunnar Solskjær