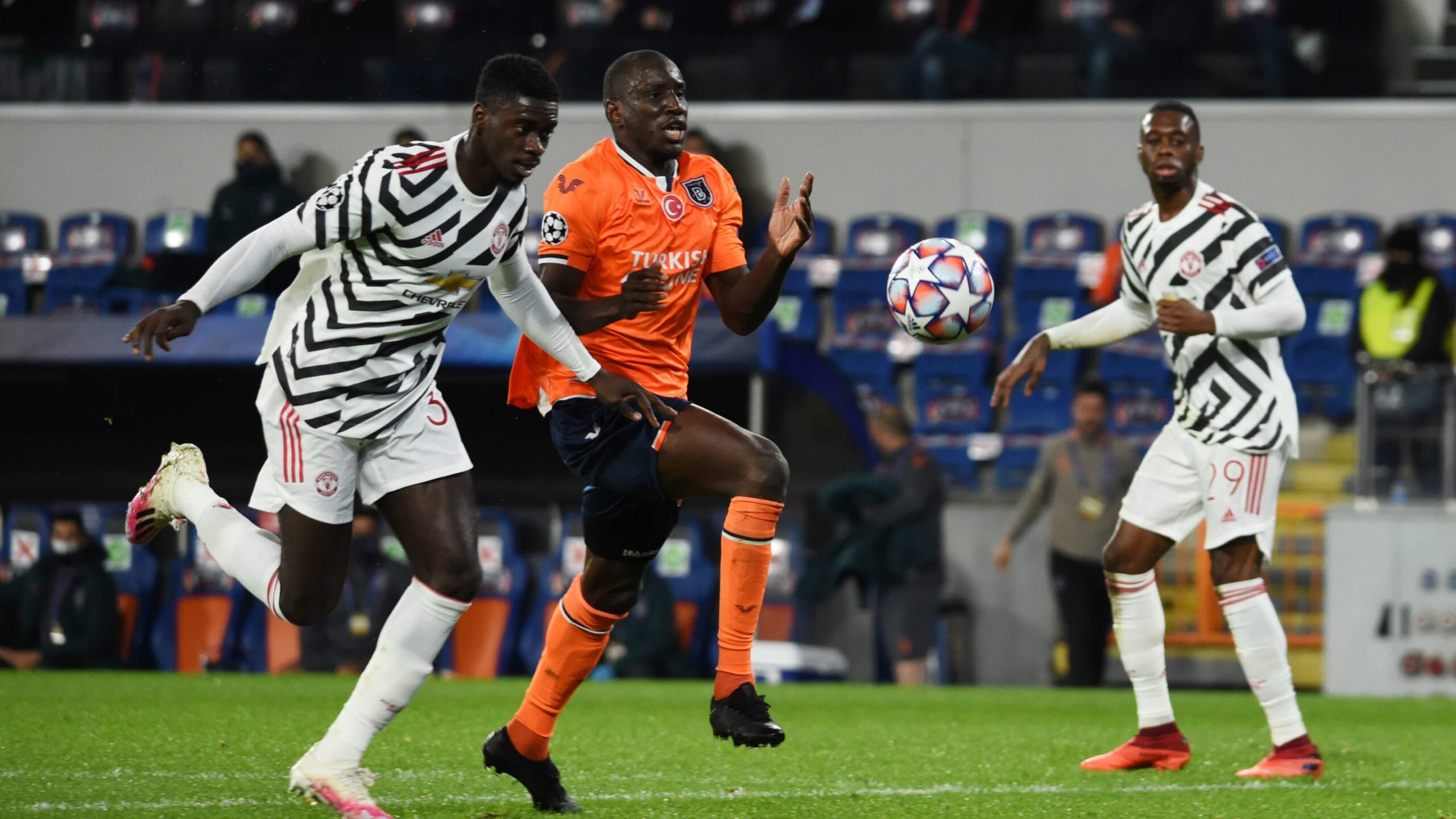 Unlike the winter weather, the Champions League group stage is hotting up and United are hoping to avenge an embarrassment at the hands of Turkish champions, Başakşehir.

Ole Gunnar Solskjær’s side have won their two Premier League games since the loss in Istanbul and are still in a relatively good position to qualify, but Okan Buruk’s boys know that’s still an uphill task for them.

Old Trafford might not be without fans for much longer but the anthem will still echo around empty seats tomorrow night.

Having recorded the historic result at the start of the month, Başakşehir have since suffered a setback back home in Turkey.

Despite following up the win with another 2-1 victory over Genclerbirligi, this past weekend saw them beaten by city rivals Beşiktas and lose ground in the title race thanks to a 3-2 loss.

Former Molde man Fredrik Gulbrandsen grabbed a consolation brace from the bench to tighten the Istanbul derby margin, leaving the Owls 6th in the Süper Lig table, as their good run of domestic form came to an end.

Sitting on three points in Group H, the odds are still vastly against the much-maligned club as we enter matchday four, knowing they’ll still have to pick up another shock result to stand a chance.

One to watch: Demba Ba

Fan-favourite Rafael will return to Old Trafford for the first time since leaving in 2015 after 170 appearances in red and will be hoping to have another impressive performance at right-back.

Experienced central defensive partnership Martin Škrtel and Alexandru Epureanu were near-imperious in the reverse fixture, with the latter producing a last-minute goalline clearance to deny an own goal equaliser.

Mehmet Topal was sent off in the weekend defeat but should anchor the midfield in the lone pivot role behind creator Irfan Kahveci and Bernat Özcan.

Gulbrandsen has scored three in his last two games and is set to reunite with Solskjær, who managed him for the 2016 Eliteserien season before a move to Red Bull Salzburg.

His fellow Norwegian and former boss said: “I mentioned to all my coaches here that Fredrik was a a real threat with his pace, his directness and his quality.”

He continued by noting one of his other attributes, saying: “He’s one of the better volleyers of the ball that I’ve coached.

“It was a great strike for the first goal [vs Beşiktaş] and his second was also a good goal.”

Gulbrandsen’s current boss Buruk also has Nacer Chadli – another ex-Premier League man – back at his disposal and the Belgium international played the second half on Saturday.

Knowing they can kill United on the counter, the Owls will remain compact in their 4-1-4-1 like they did in Istanbul and hope to break in blistering fashion to catch the Red Devils out again.

“We have to win for our club, Turkish football and ourselves. We are going through a very difficult period. We must be tolerant of football players and coaches.” – Okan Buruk

Having got the job done on Saturday against West Bromwich Albion, who themselves had a penalty overturned and hit the crossbar, United will be looking to win this one more convincingly.

A victory would see the Red Devils one point away from the magic 10 mark, with a visit from Paris-Saint Germain coming next Wednesday, before a trip to Leipzig the following week.

In the 2-1 loss in Turkey, United were often too lethargic and allowed Başakşehir to hurt them with two easy counter-attacks before sitting deep down the centre to frustrate Solskjær’s side.

Only three points tomorrow would be enough to rid the demons of Istanbul and the team to do it may well be a one with a few changes from the weekend’s winning one.

Dean Henderson is set to start in goal amid links of a loan move away in January.

His manager commented on the notion that this match might be his last appearance before the transfer window opens, saying: “He is training well, he has potential to be one of the best.

“I don’t buy the argument it is make or break from him [tomorrow].”

Alex Telles, who made his first appearance at Old Trafford on Saturday, will be tasked with keeping track of Višća.

The long-serving Bosnian can go either way down the right-hand flank and doubled his team’s lead in Turkey.

Victor Lindelöf is still battling with a back injury, so Axel Tuanzebe may well replace him and help prevent Başakşehir breaking due to his pace.

In his pre-match press conference, Solskjær broke the news to reporters that Jesse Lingard is currently self-isolating due to contact with a positive case of Covid-19.

Edinson Cavani could finally make his first start for the club, while Donny van de Beek should also see some minutes if both Marcus Rashford and Bruno Fernandes are rested, like they were to start with in the 5-0 thrashing of RB Leipzig.

Paul Pogba is also in contention to play, having missed the weekend’s fixture due to a knock, as is Mason Greenwood.

Daniel James’ speed in wide areas, rather than Juan Mata, may well work for the Red Devils, due to the narrow shape the Owls employed a fortnight ago.

“More and more teams drop back, we need a team which can break teams down. Against Everton, we scored from crosses, from long attacks, and winning goal from a counter-attack. We don’t want one style of play, but to have players expressing their talents.” – Ole Gunnar Solskjær

Next match: Southampton [A] Sunday 29 November