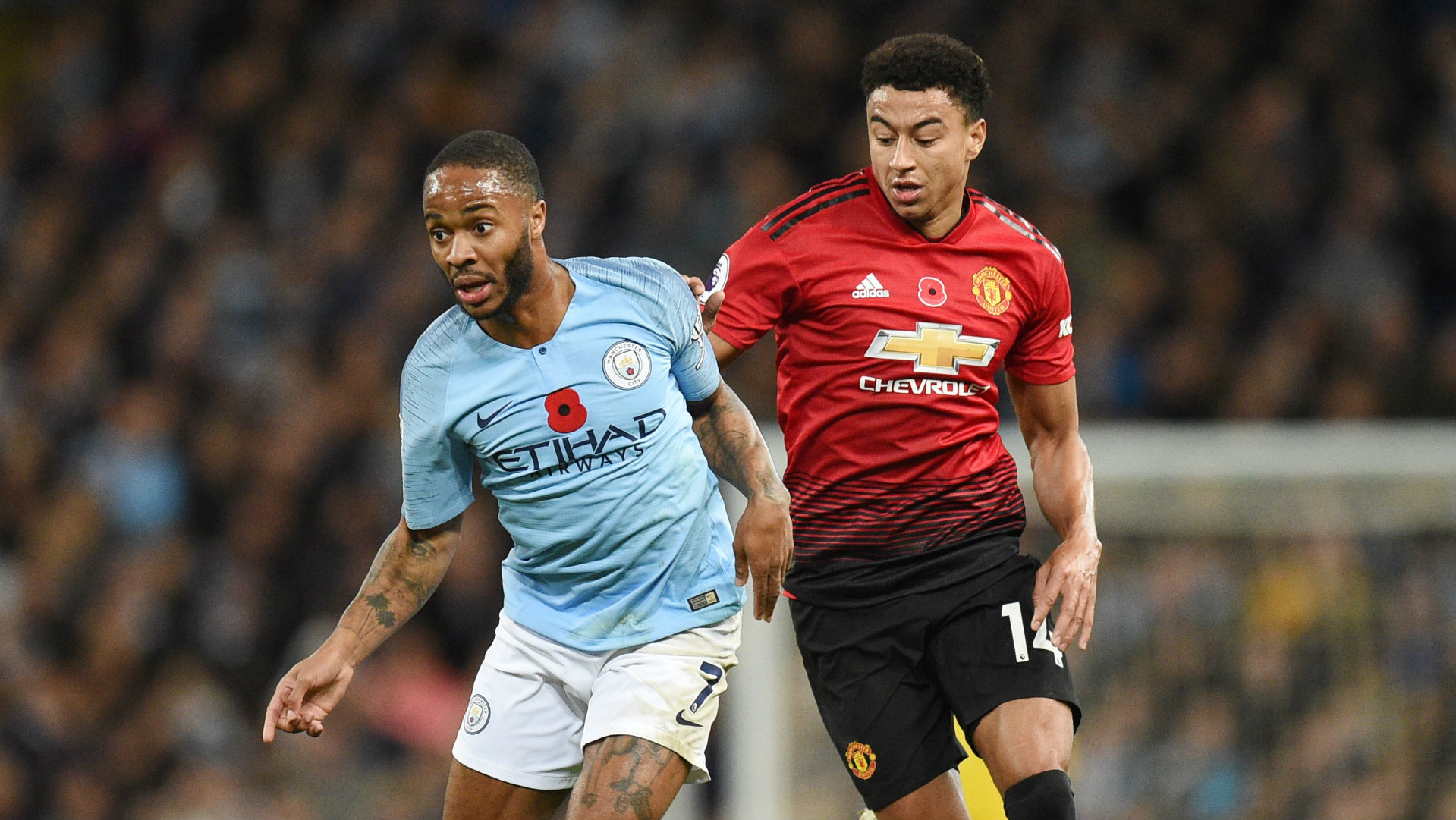 Humiliation on Merseyside for United means a top four finish is now in serious doubt, as rivals City visit Old Trafford in hope taking a giant leap in retaining the Premier League title.

The result compelled Ole Gunnar Solskjær to apologise to the traveling supporters in what was undoubtedly his darkest day in charge; while Pep Guardiola knows this game in-hand will be vital to their quest for domestic success.

It may be the most important night of the football season in Manchester as neither will want any laughing in Liverpool again.

Eithad legends David Silva and Sergio Agüero hit either side of the break before İlkay Gündoğan finished off a 44-pass move after Anthony Martial calmly dispatched a penalty.

The Citizen’s quality was too much to handle for a Red Devils side which was missing Paul Pogba and nearing the end of the José Mourinho era, but the team had conquered Juventus in Turin four days prior.

One to watch: Raheem Sterling

Revenge against Spurs was earned on Saturday for City as they grafted to move back to the top of the table for around 26 hours.

Stockport-born Phil Foden started and scored his ever Premier League goal for his boyhood club, with the 17-year-old guaranteed to be relishing the prospect of featuring in this iconic North West clash.

The first team manager described him as “special” on Saturday, an adjective which he has used to describe the academy product on various occasions including a 2017 Manchester Derby pre-season friendly.

However, it was not all good news as the recent rejuvenated Kevin De Bruyne picked up another injury which could keep him out for the rest of the campaign.

Liverpool knocked the Citizens off their perch on Easter Sunday which means this final game in-hand of the term is evermore crucial.

Sergio Agüero and Bernardo Silva along with the ever-improving Raheem Sterling were nominated for the PFA Player’s Player of the Year award over the Bank Holiday weekend and are all set to feature at Old Trafford.

Bernardo, who signed a new contract last month, has been a revaluation this season, with him and fellow workhorse Fernandinho consistently putting in the hardest yards to maintain City’s relentless attacks from midfield.

The Portuguese international who Guardiola persistently praises broke the 2019-19 record for distance covered in their win against Liverpool in January – racking up a whopping 13.7km.

Guardiola hit back at Solskjær’s claim that “They [City] will snap at your ankles and heels and kick you, they are not gonna allow us easy counter-attacking because there will be fouls.”

The Citizens boss responded by saying “Never have I said to one player to make fouls to avoid something for the other ones. That’s [influence referee] the reason why, of course. But I don’t think so, because we don’t do that.”

Also in his press conference, the Catalan native said that Old Trafford is a “nice place to go” and is no longer “scary.”

“I am close to Solskjaer, I understand his position. We are alone, we feel alone. It is the reality, we have to accept it. If not, stay at home. I understand him and I am with him. I support him.” – Pep Guardiola

Needless to say, United were a shambles on Sunday, as Blues inside Goodison Park were given four cheap goals as a festive treat.

Fans questioned certain players desire and Paul Pogba, arguably the Red Devils’ best player on the day claimed the display was “disrespectful” to themselves and yet again, like earlier in the campaign, questioned the mentality of the team.

Performances which warranted no praise whatsoever were put in and Solskjær claimed it “has to mean more” to play for in a United shirt.

The Norwegian also stated that he “will be successful at this club” and some players who featured will “not be part of that success.”

Talked about ever since the fixture announcement, a defeat for the Red Devils would mean Liverpool would no longer be in control of the top spot and City favourites for the trophy – a slightly less terrifying prospect for most Reds across the globe.

Despite that, the Old Trafford faithful must witness a reaction or apathy with reign.

On Wednesday morning, Solskjær took the squad back to the Reds’ iconic former training ground The Cliff in hope of restoring some identity within the team.

Phil Jones was substituted at half-time due to a knee injury, with no word on his return as of yet.

Luke Shaw will return from suspension and is expected to replace Diogo Dalot at left back.

Wholesale changes could be expected, with Scott McTominay and Ashley Young set to come back into the starting XI following their weekend absence until the interval.

“The City game is the perfect one. There’s no hiding place on the pitch and the fans will back you if you give that effort against a side that’s been very, very good. We have got to turn up.” – Ole Gunnar Solskjær

Picking up 86 points in their 35 games thus far in the Premier League, City are as efficient as ever.

Not winning by more than a two-goal margin in their last seven victories, the Citizens have sustained energy well and tightened up at the back with a staggering 16 clean sheets in their 26 clashes in all competitions since the turn of the year.

Fernandinho’s aforementioned tactical fouls during the build-ups of attacks are almost masterful, with the Brazilian constantly frustrating opposition when breaking so United must avoid trying to go through him.

City are near impenetrable, however, space behind their full backs is where they have been persistently exploited this season.

Kyle Walker and Benjamin Mendy take up high positions on their respective flanks and direct balls into the channel can cause issues.

Oleksandr Zinchenko has been deployed at left back in Mendy’s absence until recently, and featured at the weekend but was caught-out on various occasions by not being disciplined enough and giving Spurs chances.

That could open up space for the likes of Jesse Lingard, Anthony Martial, Marcus Rashford and even Alexis Sánchez on the wing.

In terms of what the Red Devils must do, it is evidently very difficult to stop their rivals as they have only failed to score in two league encounters this term.

The Silva duo thrives on intricate build-up play while Sterling’s 28 goal contributions this campaign show how deadly the England international is when coming in from the left or right to finish.

However, childhood Red has failed to score in all 15 affairs with United and told Sky Sports that “they call it the Theatre of Dreams for a reason.”

McTominay could have his work cut-out if tasked with cutting supply off at source while likely partners Fred and Pogba impose themselves.

Agüero also requires no introduction and has eight goals in 11 appearances against the Red Devils, with three coming at Old Trafford.