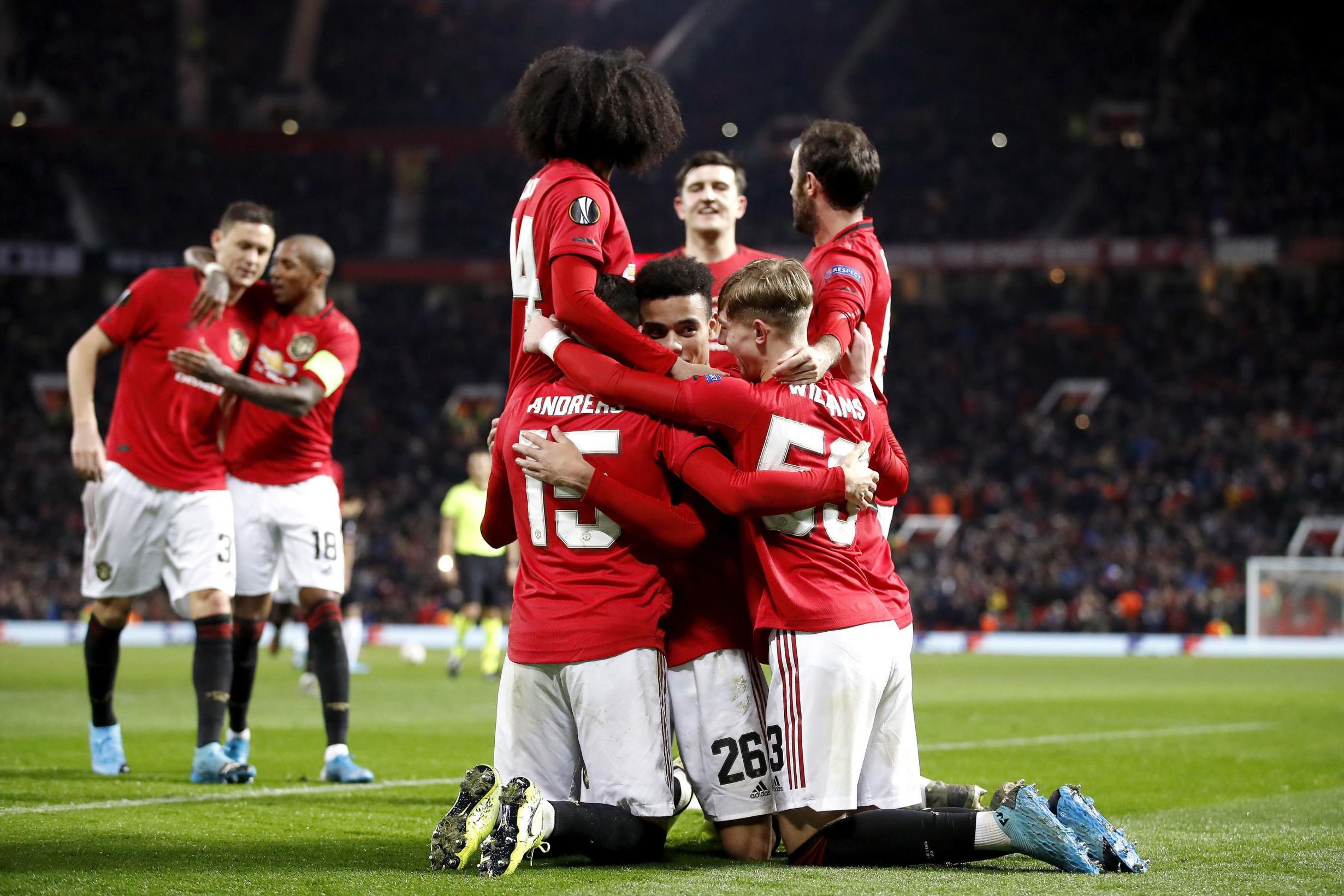 With the Europa League done and dusted until February, the festive Premier League period begins as Everton come from Merseyside to Manchester.

Ole Gunnar Solskjær has rekindled his side’s mojo at Old Trafford, while a fellow club legend Duncan Ferguson has his Blues buzzing again.

The match is set to mark the 4,000th consecutive match that United have included an academy graduate in their squad – an unprecedented milestone.

All you needed to see last weekend was ‘Big Dunc’ running down the touchline, celebrating with ball boys and joining his team’s huddle as Dominic Calvert-Lewin scored his second to seal a stunning victory over Chelsea.

Marco Silva seemed to be a dead man walking until their Merseyside Derby demolition last midweek at Anfield, where he was finally dismissed.

David Moyes, Unai Emery and Carlo Ancelotti have all been mentioned amongst a wide satay of candidates but Ferguson will be wearing his club suit, armed with iconic sweatband in the away dugout this Sunday.

“United are on the up at the moment and they are a very good team. It will be a big ask but I am sure we can give a good account of ourselves. I’d be on the roof if we get a win there. But we can do it and that’s what we’ll try to do.” – Duncan Ferguson

Sergio Romero earned his 31 clean sheet on his 50th appearance while Nemanja Matić returned from injury.

Solskjær has now got some real momentum heading into a hectic period and the players look to be fighting for him to keep his hands on the wheel.

The 4-0 loss at Goodison Park in April was arguably the Norwegian manager’s darkest day as boss, and this could well be his best period since.

With the 4k milestone approaching, Chief Executive Ed Woodward said in a press release: “The academy is huge part of who we are as a club and what we want to achieve.

Injured Paul Pogba also told the club website: “Like I have said to a lot of younger players who have been with the first team, you don’t know how lucky you are to be honest.

“Take this luck, take this opportunity because it’s very important — I told the guys, ‘be ready’.”

After nine changes on Thursday, the starting XI looks set to revert to one more similar to the Manchester Derby and Tottenham Hotspur victories last week.

Harry Maguire and Anthony Martial were the only two to keep their places and are set to start,

Aaron Wan-Bissaka and Victor Lindelöf are givens to return to the back line, but with three different left-backs used in the past trip of wins, that may be the most contentious position on the pitch.

Brandon Williams’ energy is exciting, but his rawness and youth still leaves a margin for error.

“The challenge for us now is when a team plays a different way against us. I’m sure the last few games and results have given us the kick up the backside that we need.” – Ole Gunnar Solskjær