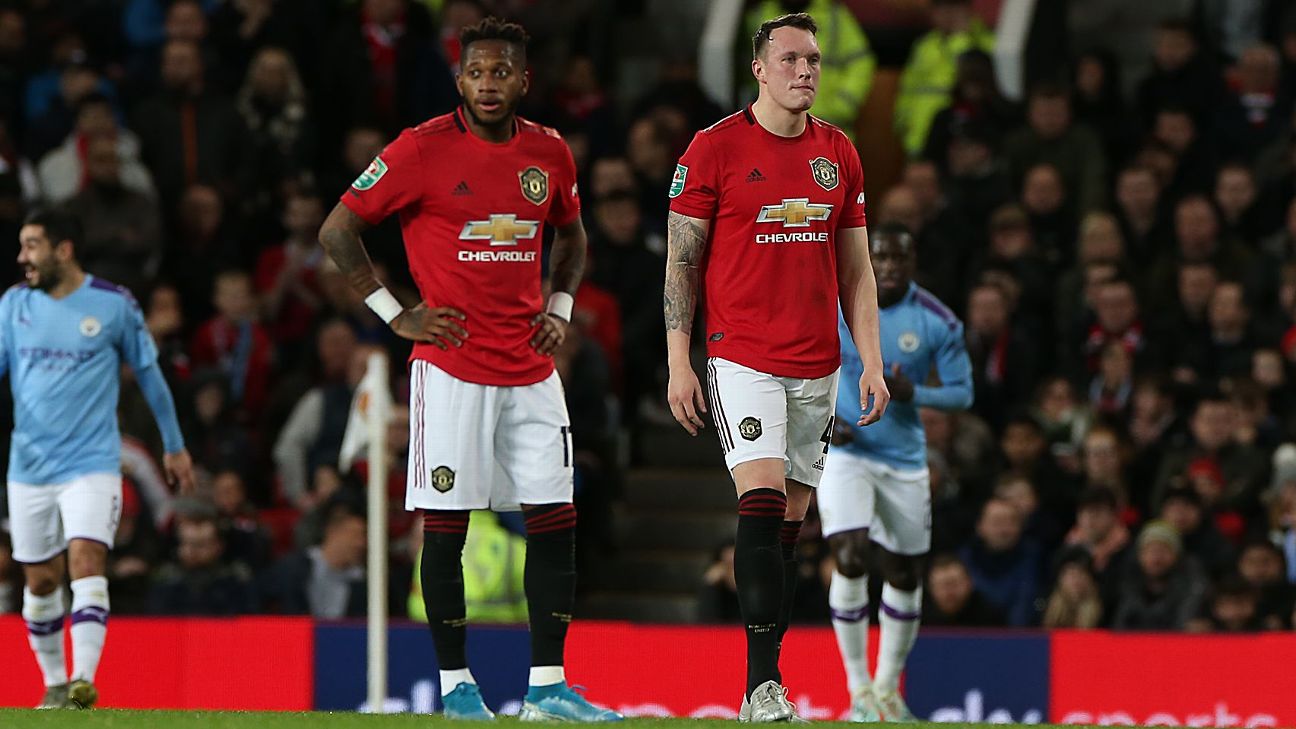 2020 has so-far been winless for United after three consecutive big games, but a break from ferocious fixtures this weekend could offer some much-needed confidence.

Ole Gunnar Solskjær will be feeling the winter chill, with his squad shrinking in size and Daniel Farke has had to deal with a depleted roster for much of the season.

It’s a battle of two sides lacking in confidence this Saturday as the Premier League returns.

Although Norwich often dazzle with their dynamic displays and fancy football, a measly 14 points isn’t much to show for it and puts them at the foot of the table.

41 goals conceded is a league high, while only scoring 22 has shown how impactful star man Teemu Pukki’s drought has been – unthinkable at the beginning of the campaign due to his blistering early form.

However, two draws – including one unfortunate one at Tottenham Hotspur – and an FA Cup victory has seen the Canaries experience an upturn in form.

Adam Uche Idah scored three goals at Deepdale – more about him later – to secure a 1-4 win and Burnley at Turf Molr in the Fourth Round, which is another positive for Farke’s men.

Young playmaker Todd Cantwell is blossoming, while other winger Emiliano Buendia is on a roll of assists as the Argentine looks to be the catalyst for Farke’s men’s rejuvenation.

One to watch – Adam Uche Idah

When struggling, bright sparks are hard to come by and Norwich may well have stumbled upon one in their Irish academy graduate.

Coming on for one minute in their draw at home to Crystal Palace on New Year’s Day, he earned a start in place of the injured Pukki at Deepdale last weekend. And talk about taking your chance.

A hat-trick before being taken off by Farke took him off after 86 minutes likely sets him up to lead the line at Old Trafford despite his inexperience.

“The previous game against Manchester United showed how important it is to control the pace of their counter attacks. They’ve had some amazing wins against top class sides. We need to control the ball and exhaust them, to take their will away and have a quick counter ourselves.” – Daniel Farke

Humiliated and once again humbled by City in the midweek Manchester Derby, United were given a cruel reminder from their neighbours of how far there is go to until the can sit at the same table.

Marcus Rashford continues his great goal scoring form but only Fred and Brandon Williams earned widespread appraisal, as Pep Guardiola’s men dismantled a makeshift Red Devil in 15 minutes of the first half.

Rumours of Bruno and Gedson Fernandes, Jack Grealish, James Maddison and plenty more arriving this month is all paper talk, but it seems Ashley Young – at Ole Trafford since 2011 – may well be the next United man to make a move Italy.

BBC Sport reported on Wednesday evening that Young will depart for San Siro, as Inter Milan want the 34-year-old wing-back.

Young has six months remaining on his contract, so it’s unclear when he could leave but Sky Sports then reported on Thursday that United had offered him a new one-year deal.

Harry Maguire’s hip injury ruled him out of Tuesday’s defeat, and fans made note of how much of a miss the centre-back was.

Phil Jones appeared to pick up an injury late on, leaving Victor Lindelöf as the only sure-fit central defender.

Although, despite fears of a long-term absence, United are hopeful Maguire could make the match after training yesterday.

Jesse Lingard was brought off at half-time following a period of illness, as Solskjær ruled him unavailable for this one.

Solskjær will have Wednesday’s FA Cup replay against Wolverhampton Wanderers in mind when selecting the team, as the fixtures continue to come thick and fast.

Youngster Tahith Chong also received the Player of the Month award for December in Premier League 2.

“One of the worst traits a footballer can have is feeling sorry for yourself, you’re not in the right place. Boys have been focused, it has been a disappointing feeling, it [Tuesday] was the game we didn’t want and I’m sure we’ll get a reaction.” – Ole Gunnar Solskjær