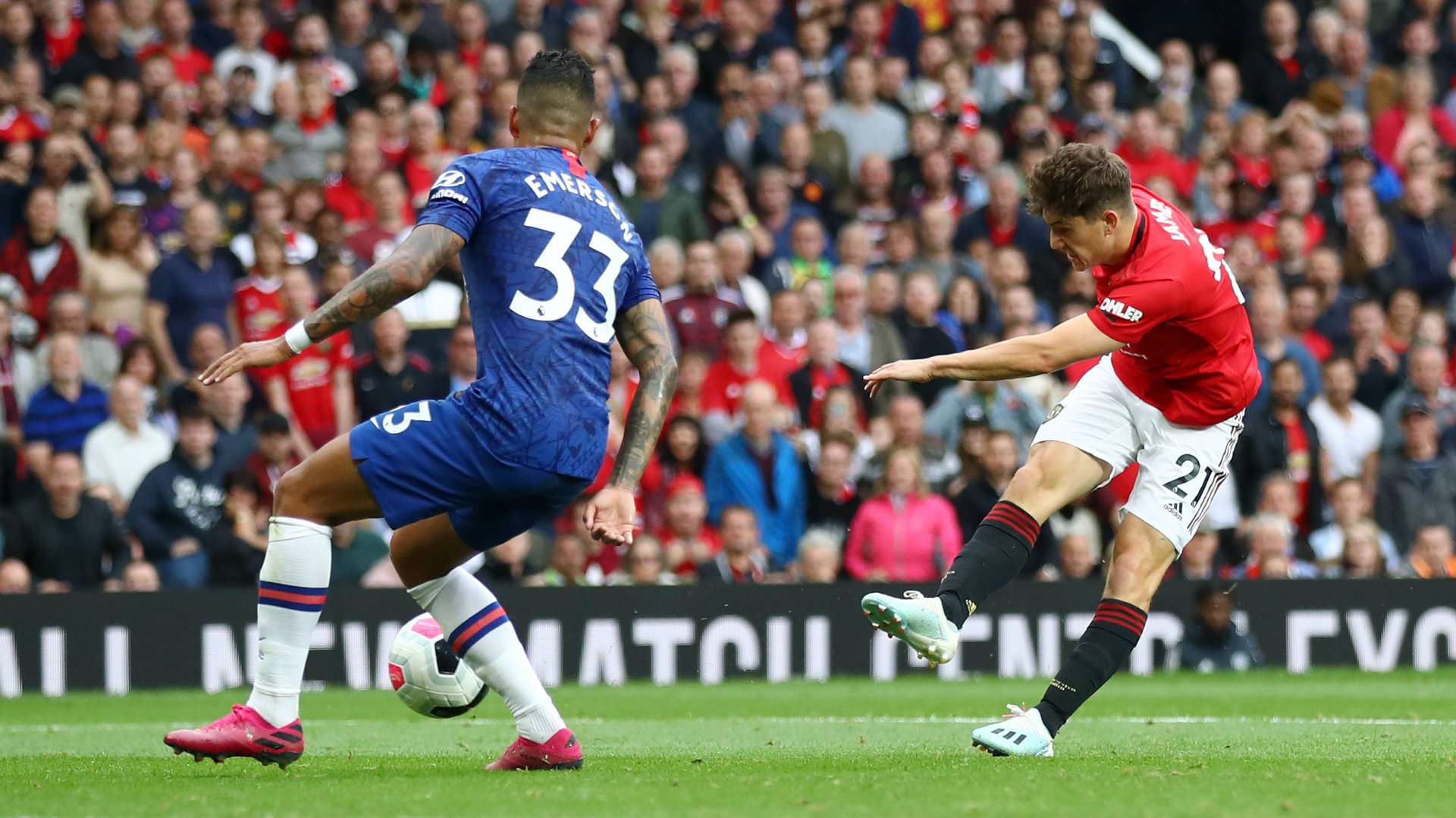 A long and welcome 16-day winter break for Chelsea and United is almost over, as a key game in the battle for fourth place dawns.

Ole Gunnar Solskjær has two wins from two trips to Stamford Bridge, and has beaten Frank Lampard in both of their managerial meetings this season.

With Storm Dennis unlikely to affect this one, we’re all set for tonight’s action to start the week.

Winless in the Premier League since January 11, Lampard’s young squad have lost their firm grip on fourth place; only one point clear of rivals Tottenham Hotspur, with the same goal difference.

Having conceded 34 goals, the joint-second-most in the top half, Lampard has dropped defenders Fikayo Tomori and Emerson recently, but most notably, club-record signing Kepa Arrizabalaga.

Second-choice goalkeeper Willy Cabellero filled in during their draw against Leicester, prompting Lampard to tell reporters in his pre-match press conference: ‘I don’t pick players based on their price tag.’

Despite Chelsea’s transfer ban ending and the London club being allowed to make signings in January, their supporters had to wait until Thursday for an incoming.

The Pensioners secured the signing of Ajax attacking midfielder Hakim Ziyech and the Moroccan will arrive in summer.

Ahead of this fixture, English Borussia Dortmund star Jadon Sancho has been heavily linked to both of these teams.

The 19-year-old was a boyhood Chelsea fan and left Manchester City in 2017 for the Bundesliga but Sky claim he is ready to return home.

“I think the players should know that if you want to make the top four, we’re in a good position now and we can affect it seriously over the next seven days. That’s not bad to have in your mind. We should be slightly on edge. Training should be on edge, like it has been, when people are tense and being competitive, and we have to take that into the game against Manchester United.” – Frank Lampard

Following a dull draw against Wolverhampton Wanderers and the likes of Spurs, Sheffield United, Everton and Arsenal winning since the start of the month, United are now 9th.

The pressure is cranking up on Solskjær with the season coming to a climax with big games in the league and cup coming thick and fast.

Two games against Brugge on the next two Thursdays sees the return of the Europa League before the FA Cup returns in March, compound a tough league run.

That stretch of games includes clashes against Chelsea, Everton, Manchester City, Spurs and Sheffield United all in the next month or so.

This week, the squad were in Marbella, Spain for a warm-weather training camp and did such team bonding activities as paint-balling, where Luke Shaw self-proclaimed that he was the best.

Due to the ongoing coronavirius epidemic in the far East, Odion Ighalo was not taken to Spain for the training camp in fear of him not being able to return to England.

However, the Nigerian loanee has been working hard in a local gym and will be in the squad for the journey to the capital.

Scott McTominay and Axel Tuanzebe were in Spain to take part in training sessions but will remain on the sidelines for the immediate future.

Nemanja Matić is back from his suspension and expected to partner January Player of the Month Fred in midfield, who made headlines over the break after he told a Brazilian news outlet there is ‘selfishness’ and ‘vanity’ in the dressing room.

His manager was asked about the quotes on Friday, saying: “I haven’t seen the interview or I don’t understand what he’s saying. I’ve seen him sat there in his kitchen. Fred knows this is a group that wants to give everything for each other.”

Bruno Fernandes is expected to make his first away start, likely being deployed in the number 10 role behind Anthony Martial.

“We’ve got players who are going to get a chance. They’ve now had a rest and it’s beneficial for absolutely everyone in the squad. It’s just up to the boys to show that freshness that they’ve shown this week.” – Ole Gunnar Solskjær