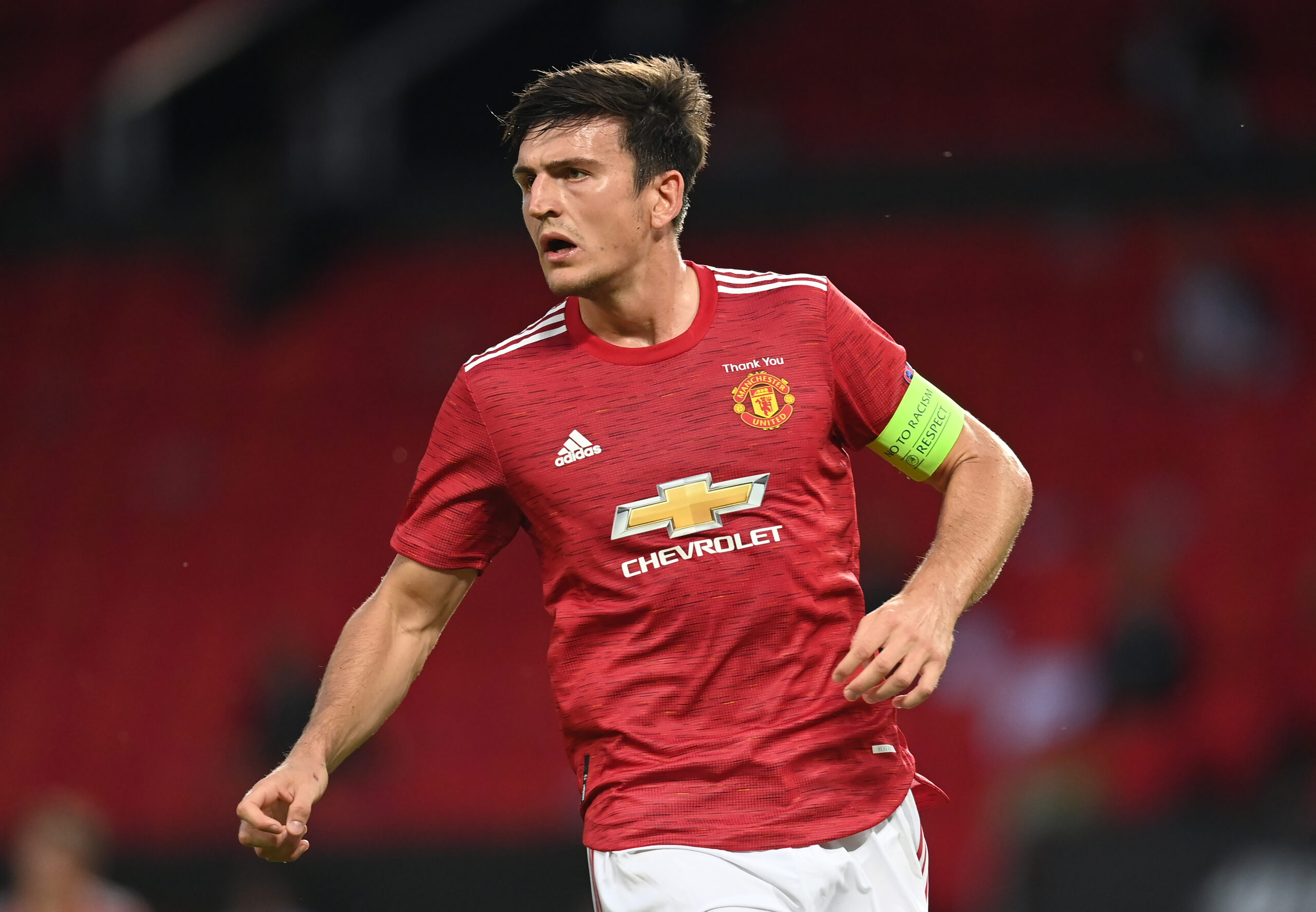 Being a captain at Manchester United is no easy feat. Many players simply are not equipped to handle the globality that comes with that job.

Now, before going any further, this is in no way a knock on Harry Maguire or a suggestion that he wasn’t capable of fulfilling the role. The consensus feeling is arguably quite the contrary. The Englishman has handled himself excellently since joining the club last summer and the leadership skills that he has demonstrated since taking over have been evident.

But, being the club captain at an enterprise of United’s stature is a whole different ball game to anything else you could probably imagine. The spotlight is never off you. People will be out to get you. Every little slip up will be magnified. The pressure and the expectations that are thrown onto a player’s shoulders as soon as he wraps that armband over the famous red shirt are immense.

Talking about someone’s job security is never an easy topic of discussion when another human being is going through a rough patch. But, in the light of everything that has happened since last Thursday when Maguire was arrested while on holiday in Greece, it’s a conversation that has to be had. Because the biggest question amongst all of this is: what happens to the armband?

Starting off with the current skipper, for all we know, he could be innocent. In spite of there being a guilty verdict ruled against him on Tuesday afternoon, Maguire’s personal statement on the matter voices strongly against the Greek court’s ruling. But, with all that being said, Maguire’s image once this is all said and done will be far from what you want it to be when it comes to the face of your club; the ultimate representative.

In the world of social media, a lot of things are acceptable. But, if you are involved in an incident of such magnitude, then it immediately brings a negative light onto the club as a whole. And that, United cannot afford to have — even if what Maguire did was something that most other humans too would have done, which is try to defend a family member — it just cannot happen.

And so, going back to the question at hand, Maguire leading the team out of the tunnel at Old Trafford for United’s Premier league opener against Crystal Palace next month would be nothing short of miraculous.

The club, of course, released a statement saying they will take more time to assess the situation while Maguire appeals the court’s decision, but chances are that a new club captain will be appointed prior to the club’s inaugural 2020/21 season fixture.

But who should take over? How many candidates do United even have right now that are fit to adopt such a prestigious role. A role that not only requires you to be a model citizen off the pitch, but to have the respect and admiration of your teammates in order to be able to rally them around you on the biggest stage.

If we had to ponder over this as recently as just two seasons ago, pinpointing a captain material in the squad would have been tough. Hence why Ashley Young was the club captain at the time, simply due to the fact that he was one of the longest serving players.

Now though, it feels like the character of personnel at United is a little different. With some good recruitment and a drastic change in attitude, there are a few options that jump out when thinking of the next skipper.

The obvious choice for most will likely be Bruno Fernandes.

As odd as it feels to appoint someone as the club captain shortly after their arrival, the Portuguese midfielder has everything you could ever want from a leader.

Ability, leadership, a cool head on his shoulders, the support of his teammates. The 25-year-old has it all. Bruno also simply does not crack under pressure. The weight of the United shirt doesn’t phase him. All you need to do is look at the impact his arrival had on the whole club in order to realise just how huge of a character he is.

The players accepted and rallied behind Maguire when he was appointed as the captain last summer. It is unlikely that they would protest should Bruno be handed the honour of being the frontman of this project that Ole Gunnar Solskjaer is crafting.

The other player that stands out as one that is built for this kind of a role is Paul Pogba.

With the talk of the Frenchman potentially signing a new deal at the club in the near future, Pogba committing his prime years to United could be exactly what United need in order to give an academy graduate the armband on a full-time basis.

The culture at the club has certainly changed since Pogba last captained United before being stripped of the privilege by Jose Mourinho. Now, this team is different. The whole club is in a different place. And Pogba has matured — both in his game and off the pitch.

Not like the latter was ever an issue as the 27-year-old has never been involved in any controversy in his private life. But his bubbly, outgoing personality made some people deem him not suitable for leading a club like United. Well, now that too has seemingly changed.

Pogba has been showing leadership skills of the highest order since France’s successful World Cup run back in 2018. But, since then, the admiration of fellow players for him has further grown and his game has become even more effective. It feels like now he would be fully ready for that role.

To be a captain of Manchester United you have to be able to embrace it and enjoy it. It can’t be forced. And right now, Pogba is arguably the happiest that he has been since returning to Old Trafford.

Last but not least — another academy graduate in Marcus Rashford.

This is likely a bit of an outside option, but then again, it would hardly be shocking if the young Englishman was given the armband when looking at the big picture.

Rashford has just enjoyed his best season yet in front of goal (22 in all competitions), and that’s including missing a chunk of the campaign due to a serious injury. But, in his time on the pitch, he has shown that he has what it takes to handle the pressure that comes with being United’s main man.

In addition, the 22-year-old’s game has developed tremendously every year since his famous breakout under Louis Van Gaal. Rashford has not stopped grafting — filling out his frame and expanding his game beyond just being a goal scorer — making him one of the world’s most dangerous wide men last season.

When fully fit, Rashford’s capabilities on the pitch are frightening, and the fact that he’s a Manchester boy makes him quite likely to perhaps see out his career right here, at home, making him a perfect long-term captain candidate.

And if all that wasn’t enough, Rashford is also the ultimate model citizen off the pitch. Other than one minor holiday slip up involving him and Jesse Lingard during the off-season in 2019, United’s No. 10 has not set a foot wrong in his private life. And other than keeping his private life on the down low, Rashford simply does not rest up when it comes to contributing to the community.

Rashford has been doing a lot as a representative of Manchester United on and off the pitch and he has handled everything that comes with it excellently. You have to have thick skin in this business and Rashford certainly does. From almost being written off by his own fans during Mourinho’s tenure at the club to being within reaching distance of world-class stardom under Solskjaer — that screams captain material.

Different summer, same mistakes from the Manchester United board
Three alternatives to Jadon Sancho
To Top