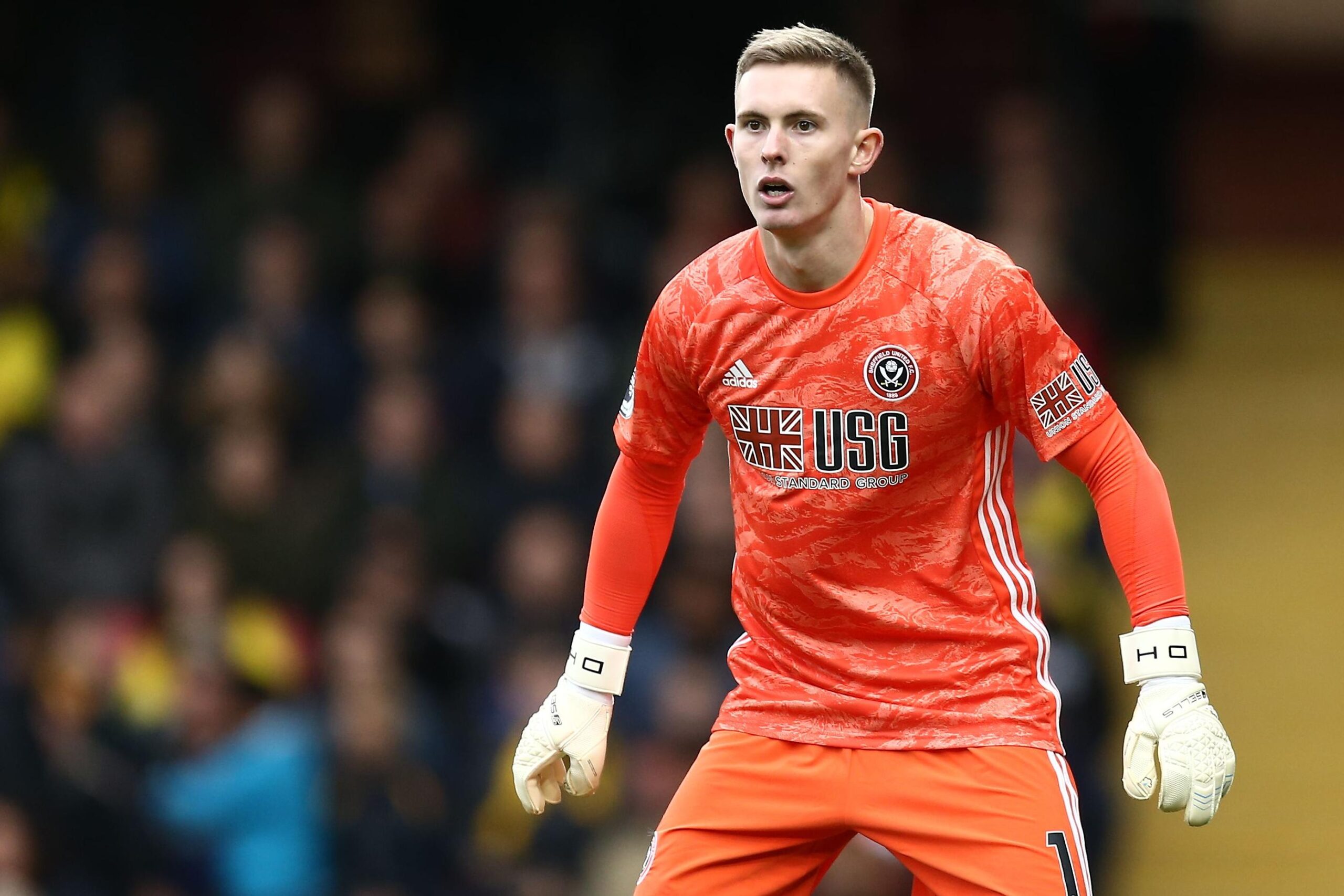 Dean Henderson is set to stay at Manchester United next season and compete with David de Gea for the number one position.

This is according to the Manchester Evening News, who report that the Englishman has been informed of this decision, but has not ‘been assured of starting the campaign’ ahead of the Spaniard.

Much speculation had surrounded Henderson’s future coming into the summer, before penning a new six-year deal with the club just last month. Although this put to bed any questions about his long-term plans, there still remained ambiguity over where he will playing his football next season.

The goalkeeper has spent the previous two seasons at Sheffield United, a place that has helped fast-track his development. Henderson claimed the Golden Glove in his debut campaign with the Blades, including promotion to the Premier League. His first-year in the top-flight was equally as productive, to which he registered an impressive 13 clean sheets.

In terms of the stats, he bettered De Gea in most departments last season.

It could even be argued that Henderson was the league’s best goalkeeper, given the context of the team he was operating in. The Englishman was instrumental in helping his newly promoted side claim a ninth place finish, not to mention their fourth best defensive record in the division.

United have been monitoring such form closely, and it appears as though the decision has been made to keep the 23-year-old at Old Trafford next season. De Gea has continued to look suspect in-between the sticks, so some direct competition will hopefully elevate his game.

If not, the Red Devils have a ready-made replacement, in the shape of Dean Henderson.