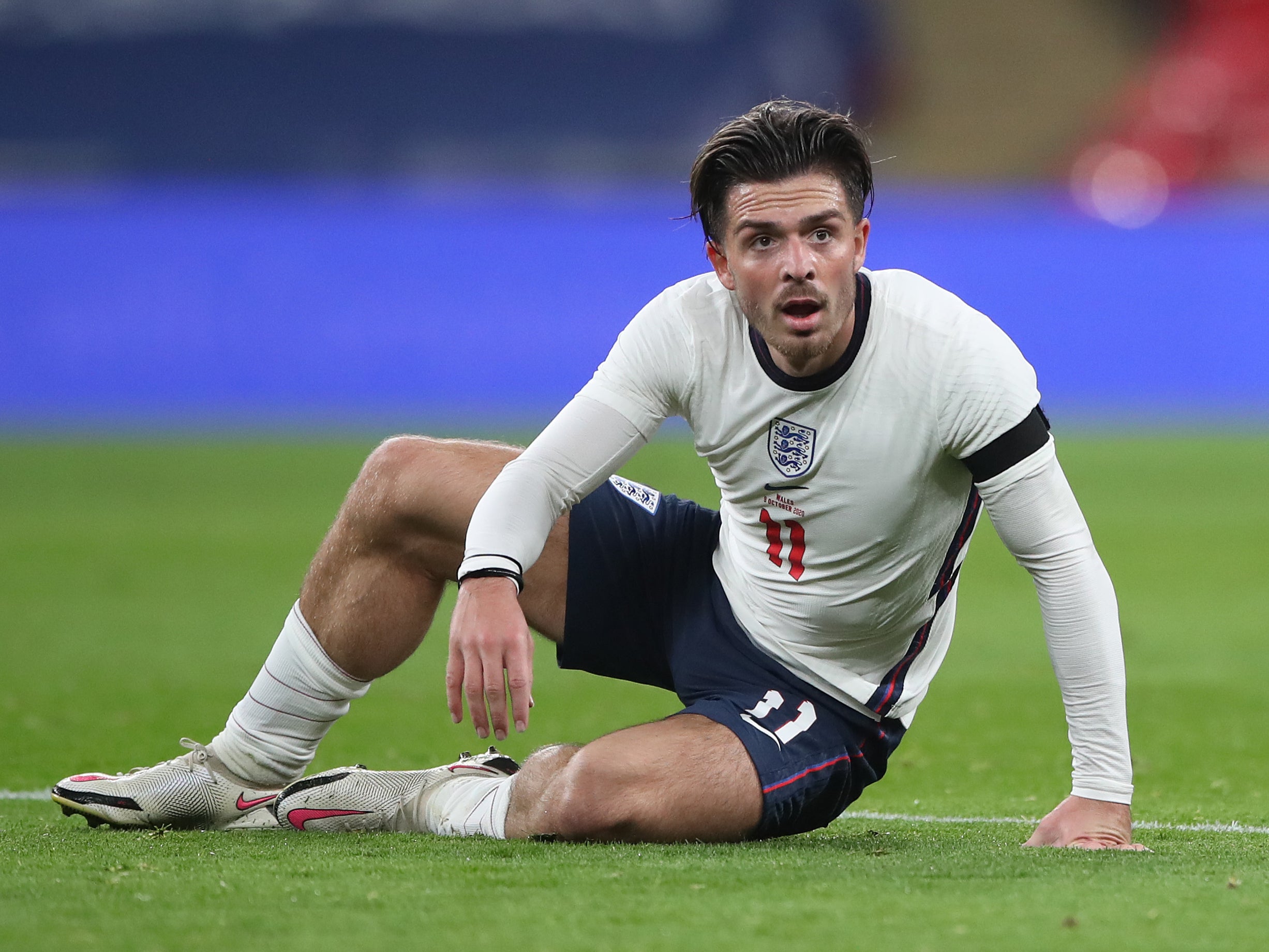 Pieces like this can often come across as reactionary or ‘jumping on the bandwagon’, but given that the mass admiration of Jack Grealish is well-established and only grown more universal in recent times, it feels like a fairly warranted discussion to have.

With two full seasons as an established senior player in the Premier League now under his belt, the debate around whether he is at the level has well and truly been put to bed. Instead, the question has now turned to just how good is he? You only need to watch his highlights from last season to see the kind of quality he brings.

Many of you would have observed the young Englishman on international duty and whilst the second result may have been a disappointing one for the Three Lions – one that saw them drop out of the Nations League – Grealish was a bright spark in both matches.

As well as being the clear talisman in Dean Smith’s Aston Villa side, Grealish now has a handful of international caps to his name and despite only having made very appearances – the game against Belgium being only his first competitive start – fans, players and pundits alike are all calling for him to be one of the first players on the team sheet.

On the eve of England’s first game against the Republic of Ireland, he dominated much of the talk (as was the case last international break), with Jamie Redknapp noting his freedom on the pitch, which was compounded by an influential display and an assist to boot.

Then came the Belgium game, and whilst his sole performance wasn’t enough to seal a win, all eyes were on Grealish once more. Redknapp heaped praise again and wasn’t alone this time; Ashley Cole, Gary Lineker, Cesc Fabregas, all waxed lyrically over his Sunday night showing: “He was the best player on the pitch […] ran the show”. Ian Wright even went so far as to say that he was the kind of player England needed at the World Cup – high praise indeed.

What’s more, if you look over the course of the past couple of years, there aren’t many moments (if any) where you can remember anyone thinking otherwise. He has quickly become considered not only one of the best English players in the Premier League, but one of the best outside of the top six full stop. That touch alone shows just how oozing with confidence he is right now.

With that being said, despite having recently signed a new long-term deal at Villa – and with no disrespect to the club, who have made a great start to the 20/21 season – you have to wonder how much longer Grealish will be there.

His role, whilst clearly vital and which sees him orchestrate nearly everything that’s good, has largely revolved around grabbing games by the scruff of the neck and dragging his teammates over the finish line. In fact, his ability to change a game is so threatening that he is a sheer magnet, breaking the record for the most fouled player ever in a Premier League season.

It is precisely these qualities that means many Reds simply can’t take their eyes off of him. He has that hard to define, X factor quality that you associate with the likes of Gazza and very few else. There’s certainly games in the past few years where United could’ve done with a direct, dogged, dynamo of a player like that to scare opponents and secure the points.

However, as is often the problem in football, the case of Jack Grealish screams of a top talent that anyone would clamour to sign given the chance, but the issue is more around which team he would fit into. City? His long-standing suitors, Spurs? United?

United have often had their fingers burned when it comes to snapping up top players when they become available, without really considering the implications on the squad and/or system, and there’s the niggling feeling that if a move were to happen, this might pan out the same.

Where could he play?

It isn’t out of the realms of possibility that the club could try and sign him – they were heavily linked with him for the majority of the summer transfer window and several players even humorously asked Grealish if he was joining United during the pre-season friendly.

But if that scenario were to happen, where would feasibly fit into the current side? FourFourTwo recently looked at five different ways Grealish could fit in at United, either using Solskjaer’s current system (4-2-3-1) or another variation.

The Independent took a similar stab at it and it seemed both came to the conclusion that he would be best suited as a number ten or in a ‘free eight’ role, whether that be in the current formation or perhaps a 4-3-3. Nevertheless, the issue that remained was that whatever combination they came to, key players would either have to be dropped or moved out of their best position.

He has played most of his recent football off the left and whilst Rashford has often said he sees himself anywhere across the front three, he has made that side his own over the past season or so. You wouldn’t expect anyone to be rushing to have him hone a new position over on the right.

Were Grealish to come in as a ten, that would mean dropping Fernandes slightly deeper into that number eight position. Whilst they would surely still prove effective (Carlos Carvalhal, his former manager, maintains Bruno is a ‘box-to-box player’), you could argue that it sacrifices other qualities in both players – and vice versa, with the Portuguese having shined in that almost second striker-esque role thus far in his United career.

Another problem in Paul

Furthermore, whilst these latter two examples seem to make the most sense – benching Greenwood to throw him into a fairly unfamiliar right wing slot seems like the pinnacle of shoe-horning – both of these options still require the dropping of a key player: Pogba.

Admittedly, the Frenchman continues to suffer from serial inconsistency and is currently struggling in his cameo capacity. Plus, you can’t imagine fans, those inside the club, or the man himself, being happy with that in the long-term when it comes to one of the highest earners in world football.

On the other hand, even if you were to keep him in the side as the CDM/deep-lying playmaker, that would mean overlooking any one of the more suitable candidates in Matic, Fred or McTominay, all of whom have a case for starting. Moreover, the likelihood is you simply can’t trust Pogba to deal with the defensive duties of that position – a dangerous area of the pitch where he often gives away the ball as is.

The more you dive into the prospect of this signing, the more complications it seems to present – it certainly doesn’t work perfectly without other potentially problematic personnel changes, perhaps even outgoings. You certainly wouldn’t bring in Grealish to be a backup – the situation with Donny van de Beek is already causing enough tension in that department.

Setting obstacles aside for a moment, it’s clear to see why Villa fans have given the midfield maverick the moniker of ‘Super Jack’, that much is clear. The hope would be that Ole could somehow find a way to fit him in seamlessly – perhaps as an interchanging pair alongside Bruno, with both alternating between that number ten and free eight role? They are both very free and fluid players after all. Or is there simply one too many players in similar positions?

The reality is that this current United side, whilst capable of some exquisite highs, are also capable of serious lows, and a lot of this is believed to come down to their lack of a clear gameplan or patterns of play. Everyone knows how lethal they can be on the counter-attack, but against low-blocks, in particular, they struggle. Adding another roaming forward player could either solve this serial stumbling block or add even more randomness into the mix. A tough one.

Do you think Grealish could work at United? Let us know in the comments.