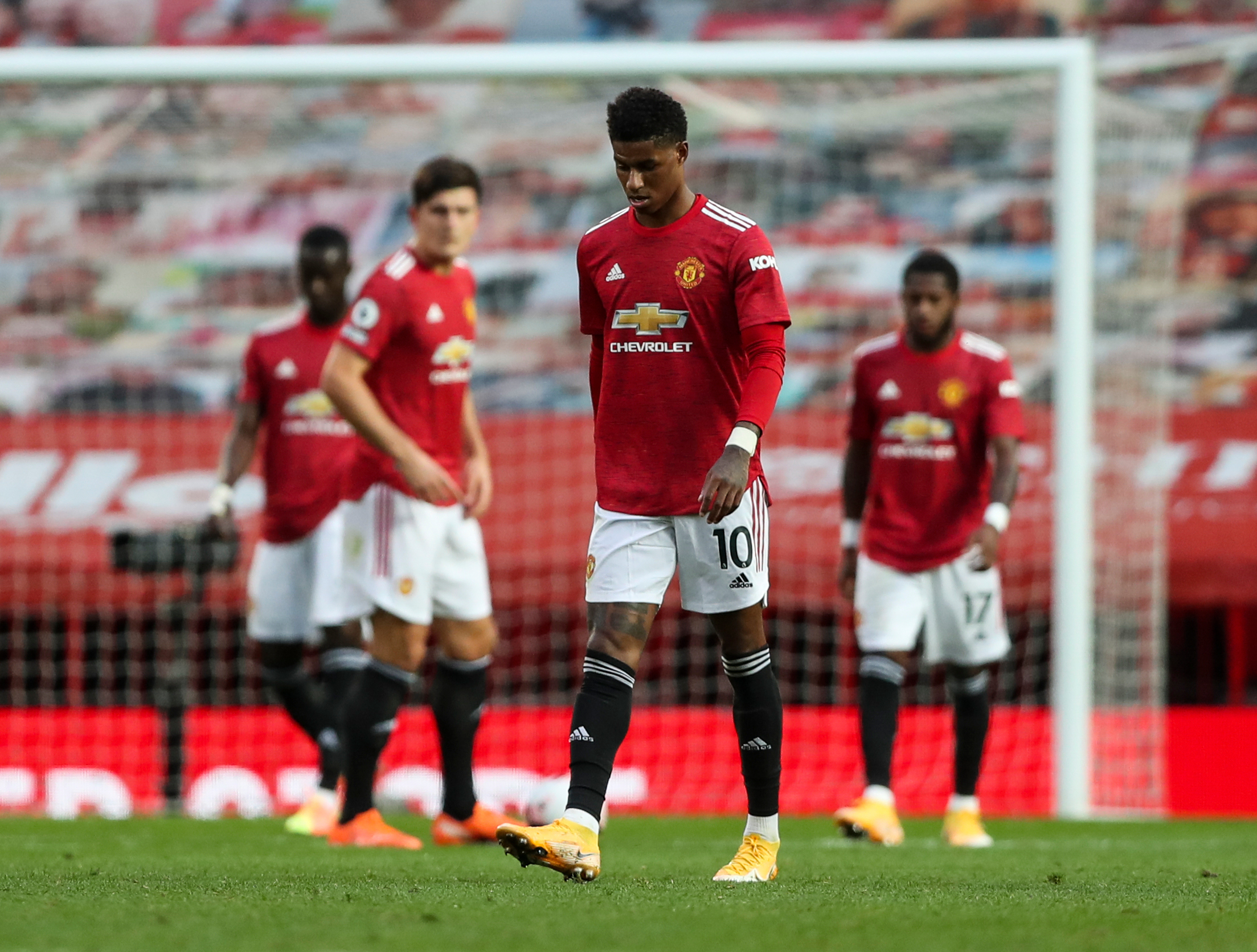 Whilst United’s form toward the end of last season was spectacular, it’s fair to say that the Reds have had a rough start to the 20/21 campaign. With just one win in the Premier League, a poor summer transfer window and a number of dramas both on and off the pitch, it seems that the club hasn’t really taken that post-lockdown momentum into this season at all.

The opening day might have been a sign of things to come, even the victory against Brighton was more concerning than it was encouraging, but the most recent embarrassment against Spurs has left an indelible mark on the club’s history. It seems that “lads, it’s Tottenham” has come back to bite us and that 6-1 really isn’t United’s scoreline; but how do they course-correct whilst there’s still time?

Although no one can deny that Bruno Fernandes has been one of the best signings the club has made in years, his arrival did accompany a system change. Aware of how many goals and assists he had earned for Sporting CP, Ole Gunnar Solskjær looked to slot him as the number ten in a 4-2-3-1, playing almost as a second striker at times—and to great effect, in fairness.

Nevertheless, whilst this shift in formation may have suited Bruno well and is easily argued as his best position, it is clear to see that others may not have thrived quite as much – namely, Paul Pogba and whoever his partner is in midfield is any given game. That being said, with such a key area of the pitch underperforming in this setup, there is a case to be made for the return of the 4-3-3.

Since Bruno’s arrival, we have seen Pogba operating as the deep-lying midfielder in a double-pivot, usually paired with Nemanja Matic, Scott McTominay or Fred. On the one hand, while this might suit his vision and wider range of passing, it does seem to come at the sacrifice of his overall athleticism and ability on the ball. Not only is he less likely to venture forward, dribble past players and arrive late in the box, but he is regularly found dawdling and giving the ball away before the halfway line.

With him starting farther down the pitch, he finds himself arriving in the final third less often and, therefore, less able to influence the game in an attacking sense. Despite having scored his first goal of the season from that deflected free-kick against Brighton in the EFL Cup, he hasn’t been a regular threat for United since 2018/19, when he enjoyed his best statistical season with 16 goals and 11 assists in all competitions.

Admittedly, there have been spells of injury during this period, but the Frenchman is struggling to have the same impact now he is back in the side. Though it is great to see Bruno helping shoulder so much of the creative burden, but you can’t help wondering if a return to that left-side of a midfield three would do a world of good to the former architect-elect.

So, if we were to see Pogba return to the left of a three, as is so often regarded as his best position, how would the rest of the midfield line-up? Well, the first name on the team sheet would, no doubt be Bruno, operating as the second attacking midfielder on the right-hand side. This may not see him play as the outright number ten, but it is a position he often took up for Sporting – either off the right or on the left like Pogba – whilst still maintaining a lot of output.

Obviously, these more attacking midfield positions, especially, are fairly fluid – as is typical of the modern game, with the ‘free eight’ being a recently coined term. In short, what this would allow Bruno and Pogba to do is not only operate in a more box-to-box capacity, but to alternate when it comes to who drives forward into the more advanced position.

Furthermore, depending on the choice of defensive midfielder accompanying them, the hope would be that as well providing more attacking impetus, the pair would still do their defensive diligence when necessary, even if the majority of the responsibility lies with the designated number six.

Though many may fear that swapping a double pivot for a single holding midfielder might make us too vulnerable – especially given our recent defensive record – a more mobile anchor should be enough to cover the ground lost in the absence of a second deep-lying midfielder.

The first name that comes to mind is Fred, who performed so well at the start of last season and still aided in the quick transition from midfield to attack with his regular recycling of the ball and decent variety of passing.

Alternatively, another option would be new-boy, Donny van de Beek. Not only has the Dutchman played in all manner of midfield role in his time at Ajax, but as a young, box-to-box midfielder, he should have the legs to serve in both defensive and attack. Keep in mind, Ole has already hinted at using these three in the same midfield – clearly seeing the same potential in this combination.

Once again, you would hope that United could adapt to become more dynamic all over the pitch, working as a flexible yet cohesive unit. With Bruno and Pogba combining higher up the pitch, and van de Beek shuttling back and forth to break up play and also get involved in creating chances, I believe this energetic mixture would be the ideal choice to achieve this in the middle of the park.

Is Matic still the man?

On the other hand, there is also plenty of reason to believe that Matic can still be trusted as a lone defensive midfielder, Let’s not forget, United still maintained a very good record when playing him in this formation and despite the occasional bad game—as many have had already this season—the Serbian’s form has seen a resurgence in 2020.

Whilst he is not on the levels of, say, a Michael Carrick – who was not only such a good passer of the ball but key in dictating the tempo of a game – Matic is more combative and, on his day, is still very adept a calming play down and moving laterally in front of the defence, with a centre-back covering as he moves with the attacker.

Moreover, although I would like to see Solskjær try a more agile defensive midfielder, if Matic where to stay in the starting eleven, I do believe there is enough pace and stamina just ahead of him in Bruno, Pogba (and the forward players, of course) to track back and help defend when necessary.

One prospect presented by returning to a 4-3-3 is that it allows the Pogba, in particular, to get further forward and influence the game more by linking up with Bruno and the front three. However, the central motivation for reverting to this formation is the hope that it will now work more effectively with the likes of Bruno and Van de Beek in the squad.

Though people may fear that opting for a single-pivot might cause defensive frailties, it seems this is already a problem for United and despite individual errors clearly playing a part, this system looks to be adding to it. The midfield could become a well-oiled machine engine as a three, the key is picking the right players who will be able to nail the offensive/defensive balance.

After almost a year out, Axel Tuanzebe still finds himself in a position to fight for a starting spot
Five transfer window mistakes Manchester United have made since Sir Alex
To Top