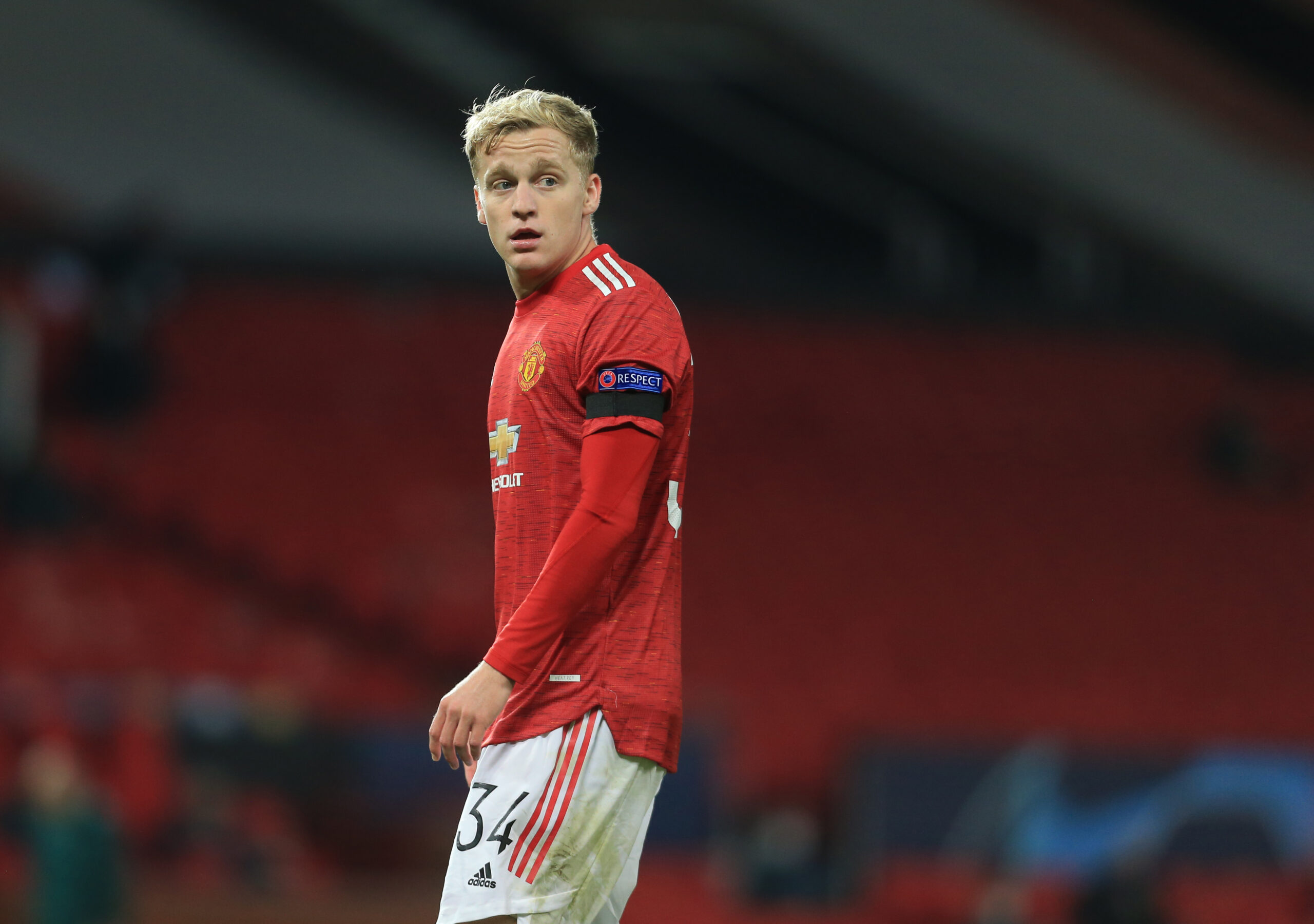 Manchester United have the chance to make it nine successive Premier League away wins and move into the top four as they visit high-flying West Ham on Saturday.

Ole Gunnar Solskjær is continuing to strive for greater consistency across all competitions, while fellow Manager of the Month nominee and former Red Devils boss David Moyes, will simply be hoping to extended his side’s superb start to the league season.

This will be one of the first top-flight matches to have spectators inside a stadium since March, as 2,000 lucky Londoners retake their seats.

Despite a dismal summer which saw just three players arrive and plenty depart, Moyes’ men have defied the doom and gloom around the east of the capital to start the season surprisingly strong.

Losing just once after two defeats to open the campaign, the Hammers have shown signs of the solid unit they became under the Scot at the back end of 2017/18, while distinctly developing their attacking play.

Whether it be captain Declan Rice, his midfield partner Tomáš Souček or the blossoming Jarrod Bowen, there are lots of reasons to be positive around the London Stadium right now.

Another plus is the aforementioned return of their deeply-devoted fans, who were sceptical when Moyes retook the reins at the turn of the year.

Barring his failures at United and Sunderland, around a spell at Real Sociedad, the former Preston North End and Everton boss has always been a solid manager with the ability to make the most out of limited resources.

Therefore, it’s no wonder the much-maligned Hammers board asked him to return when Manuel Pellegrini’s tenure came to an end.

In his first press conference, Moyes infamous told reporters winning is ‘what I do’ and frankly, that claim has come to fruition.

Edging their bottom half of the table battles, beating a few sides above them and taking points from games against Manchester City and Tottenham Hotspur, it’s hard to say he wasn’t right.

One to watch: Jarrod Bowen

West Ham’s 3-4-2-1 system has made for defensive solidity, conceding the joint-second-least amount of goals in the division with 11, while scoring 17 – although expected goals suggests those tallies should be around 14 each.

In two of their last three outings, the Hammers have escaped punishment from the spot and against Villa, Ollie Watkins, who’d already hit the bar from a penalty to make it 2-2, was denied an added-time equaliser for a marginal offside.

As well as benefitting from two own goals in the Premier League, they rank 12th for shots on target per-90 minutes, 14th for big chances total created and 17th for average possession with 40.6%.

Maybe their form is fading, then. Winning by one goal in each of those three fixtures doesn’t exactly bode well, especially with those penalties missed, but they do enjoy playing the ‘top’ teams, regardless of recent results.

They took the lead at Anfield last month, only to be beaten late on, and their dramatic comeback from 3-0 down to draw 3-3 against Spurs came via some immense spirit.

They also went toe-to-toe with Arsenal in their first away trip despite losing, before beating Wolverhampton Wanderers and Leicester City on the following two weekends, 4-0 and 0-3 respectively.

Those clean sheets largely came courtesy of their goalkeeper Lukasz Fabiański and back three of Fabián Balbuena, Angelo Ogbonna and Aaron Cresswell.

That stable core is difficult to break down, having kept the joint-second-most clean sheets in the division with four and Italian rock Ogbonna scored on Monday to break the deadlock.

Vladimír Coufal, one of two Czech Republic internationals in the team, and Arthur Masuaku offer width from wing-back, allowing the front men to stay narrow and press defences.

Ever-reliable club legend Mark Noble isn’t starting regularly due to current captain Rice and Souček’s form in the middle of the park.

The latter Czech was recently coined ‘the new Marouane Fellaini’ by José Mourinho and is a big goal threat – quite literally at 6ft 3in.

Rice’s play-making ability is well-documented but his maturity since being handed the armband hasn’t gone unnoticed either, as the England international is often the subject of transfer speculation, with Frank Lampard reportedly keen to bring him back to Chelsea.

Bowen is the creative force and operates the right-hand side of a forward three, while Pablo Fornals has looked like a different player on left compared to his debut season last term.

Our one to watch, 23-year-old Bowen, has managed five goals and five assists in his 23 Hammers appearances since joining from Hull City in January.

Having recently returned from injury to replace Haller in the starting XI, Michail Antonio is back on the sidelines and will miss this match due to a hamstring injury, meaning the towering French forward is expected to regain his place.

His creativity and output is only improving, and is likely to be a constant threat tomorrow.

West Ham’s other forward option is Saïd Benrahma, who has slowly been adapting to the top-flight and set up Monday’s second goal.

Last but certainly not least, a vital factor in the game will be supporters finally being back in the stands, adding that priceless element to proceedings.

Although there’ll only be a relatively small number of them, it’ll be refreshing change for Premier League clubs across the country this weekend.

“The team are playing with positivity and the atmosphere inside the dressing room is fantastic. We have a group of young players willing to improve, we want to keep that going and I think we have a group showing another side to their game.” – David Moyes

Once again, when some momentum was building, United took a step back, losing to Paris Saint-German in midweek after squandering second half chances and going down to 10 men.

Criticism was mainly levelled at Solskjær, Fred and Anthony Martial but the group must stick together as this testing period persists.

With a make-or-break match in Germany on Tuesday and the Manchester Derby next Saturday, the Red Devils need three points and a good performance in the capital to go into two huge games with confidence somewhat high.

The Norwegian manager is expected to refresh his team for this one – a ground which United have only won at once since it opened in 2016.

The first of four visits was a win, in which Juan Mata scored, but a draw came the following year before two dismal defeats early on in the two most recent seasons.

The Red Devils are on a record eight-game winning run away from home, and have managed victory in the last four of those journeys from behind.

Paul Pogba made a cameo on Wednesday and almost equalised with a rasping effort, showing that he’s ready to be considered again from the off.

Mason Greenwood also appeared in midweek and back in July, netted to level the scores at Old Trafford when West Ham secured survival with a dull draw.

The 19-year-old is one of the only squad members not to have experienced a frustrating 90 minutes at the London Stadium and with Martial and Rashford struggling for goals, he could make his mark.

Donny van de Beek and Nemanja Matić also started on the bench, and it’s expected that at least one of them will start.

Rashford has not yet took part in full training since he came off injured against PSG but is expected to travel to the capital and should at least be on the bench.

With Tuesday’s Champions League clash in mind, there could be some surprise selections in the starting XI.

Daniel James and Juan Mata would offer different outlets, while Axel Tuanzebe and Brandon Williams are available if the back line is reshuffled.

Facundo Pellistri won’t feature due to playing for the under-23s at home to Southampton this evening, and in his pre-match press conference, Solskjær was asked about the Uruguayan teenager.

“Facundo has trained with the first team and done well,” said the boss.

“We felt now is the time for him to get game time and he’s played a couple of games in the under-23s. He’s settling in nicely.”

“With the pre-season being short, to move closer to the top would be a great achievement at this point. It’s a long season and let’s hope we can continue our good recent form [in the league].” – Ole Gunnar Solskjær