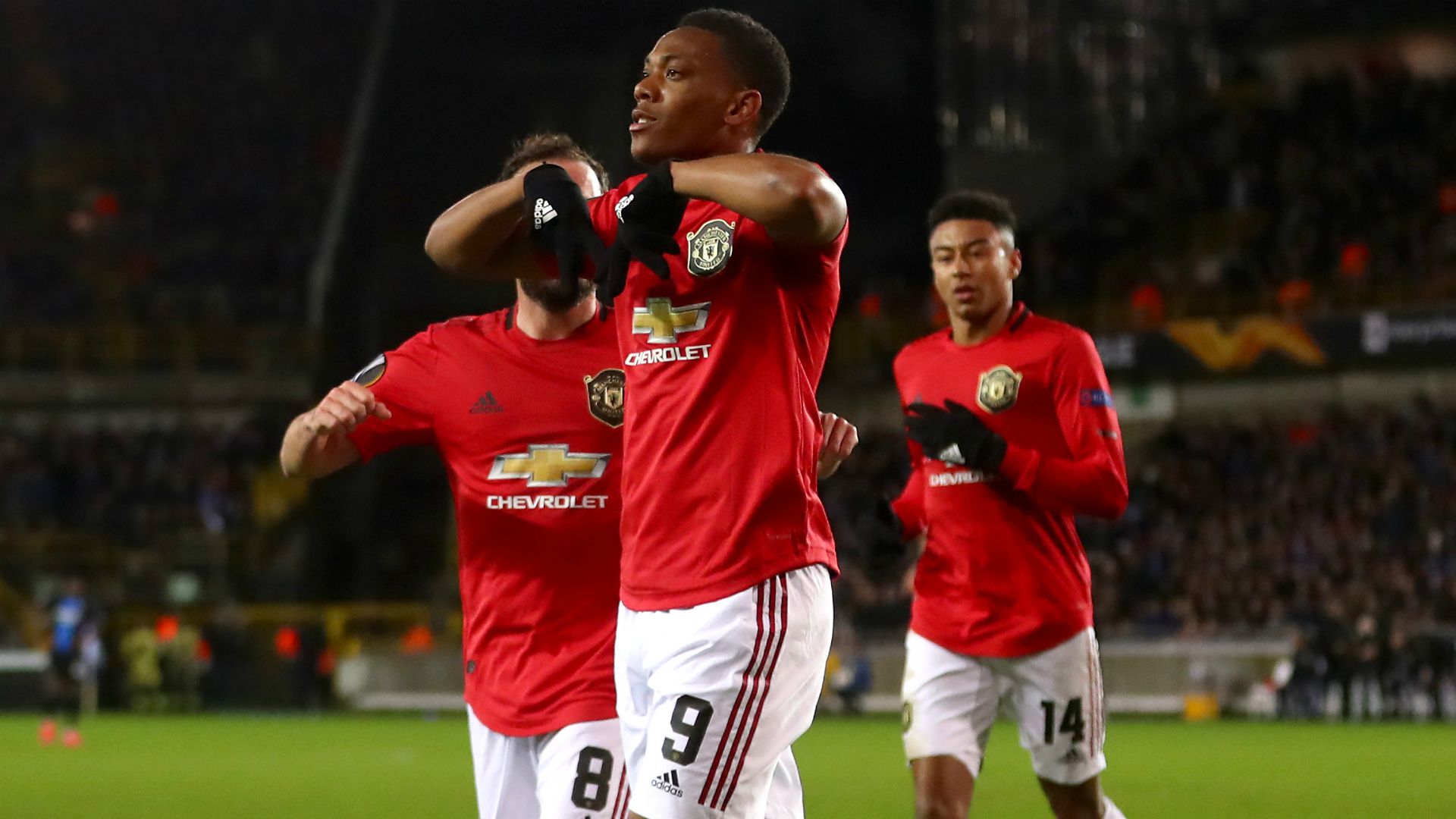 With another Premier League win in the bag, Europa League knockout football once again takes centre stage at Old Trafford.

Ole Gunnar Solskjær is in the driver’s seat for this second leg, but Phillipe Clement knows his side have the capacity to cause a shock.

At 1-1, both teams will be confident of advancing to the Round of 16 tonight.

In Bruges, the long ball was a successful tactic for Clement’s men. Goalkeeper Simon Mignolet earned the assist for the opener at the Jan Breydel Stadium courtesy of some suspect defending.

Speedy striking duo Emmanuel Dennis and Percy Tau caused United’s back three problems but one side of that partnership will not be playing in this leg.

Dennis, who scored two goals in a Champions League group stage match at the Santiago Bernabéu against Real Madrid earlier this season, picked up an injury in the Sunday win against Sporting Charleroi – along with captain Ruud Vormer.

The striker could be replaced by David Okereke, who has nine goals this campaign. Meanwhile, first-minute weekend goalscorer Éder Álverez Balanta has not travelled due to a booking last Thursday.

Clement was fairly pessimistic in his pre-match press conference, telling reporters: “I was wrong after last week’s match. Then, I said a miracle will be needed.

“I now have to find a word that is even stronger than miracle. Because qualifying in these circumstances is more than a miracle.”

“We have to be honest; they have more quality, a large budget. We need a big heart, and more. Walking and organization are important, but we also have to be on the ball. I only select players who are ready.” – Philippe Clement

Three goals and another clean sheet in the Premier League put United fifth to end a successful first week back after the winter break.

Bruno Fernandes stole the show by being involved heavily in all three goals; becoming the first Red Devil to score his first league goal for United from the penalty spot.

That was before he set-up Anthony Martial and Mason Greenwood in the second half for equally exquisite finishes.

David De Gea has four successive clean sheets under his belt and could replace Sergio Romero, who made an uncharacteristic error in the first leg.

Eric Bailly may return in place of Victor Lindelöf, as their battle to partner Harry Maguire continues to chase debate.

Luke Shaw has put in good performances as of late and joined his manager in yesterday’s pre-match press conference.

The 24-year-old praised the boss, who turned 47 yesterday, saying: “He has been unbelievable and has brought a smile on our faces.

“Of course you see with him, he has been brilliant and the lads are really enjoying it, more so now we are getting better results.”

Young defenders Timothy Fosu-Mensah and Axel Tuanzebe will need minutes in behind-closed-doors matches before being available.

Scott McTominay made a cameo in Sunday’s win and could start tonight. It would give Nemanja Matić a well-earned rest.

Odion Ighalo, again, almost scored after coming on from the substitutes bench against his former club, but tonight might finally be the night be hits the back of the net with a start.

“You can blossom more with confidence, and speaking to the manager, getting them free. You want them [the players] to be free. Play with courage, bravery and you want bit of fear in you. It is a fine balance between arrogance, confident, humble.” – Ole Gunnar Solskjær