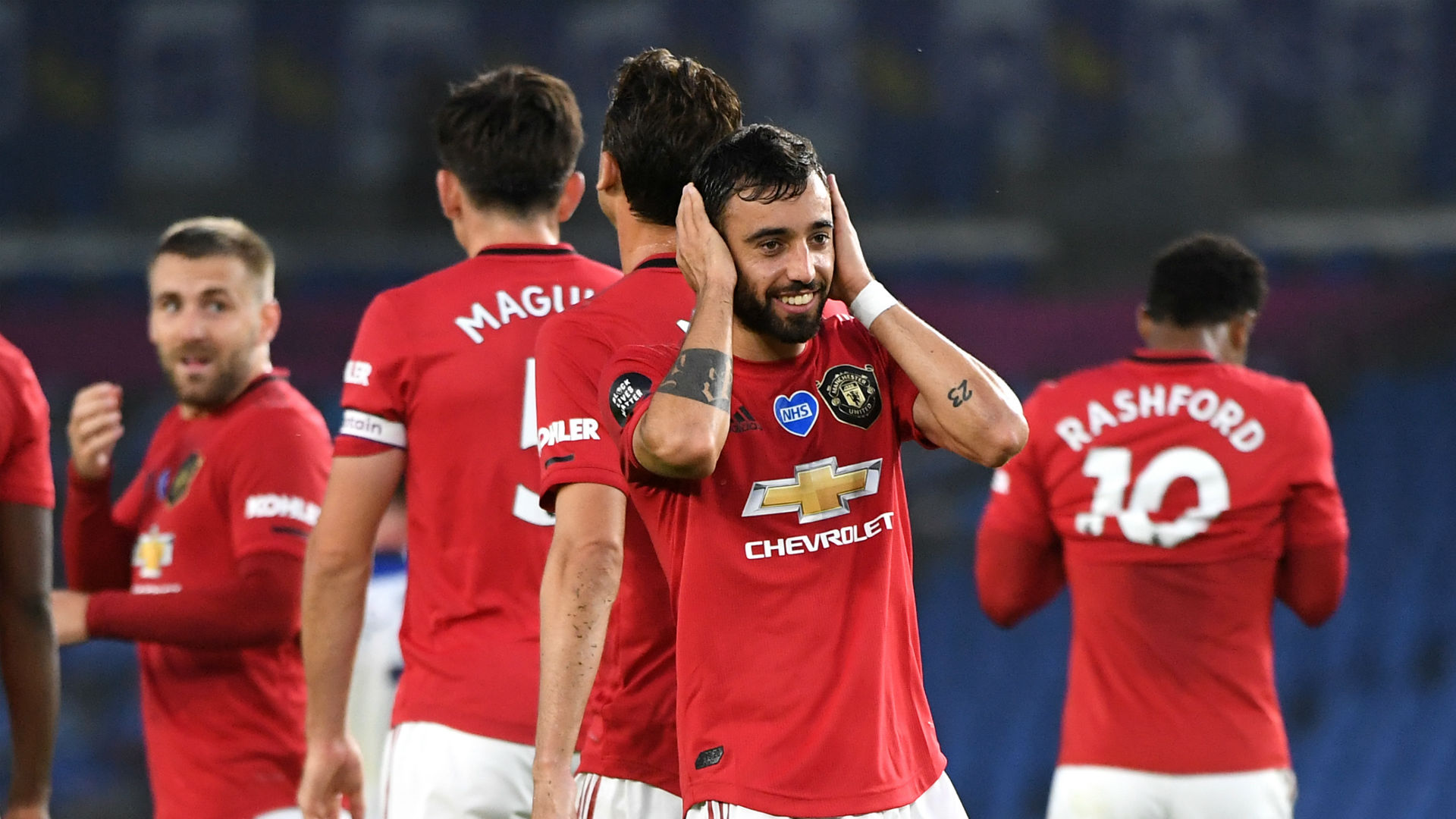 With six Premier League games to go, United are closing in on a strong finish but the hard work is only just starting.

Ole Gunnar Solskjær’s men are on the up, with three valuable being points being brought up from down South, as Eddie Howe’s desperate Bournemouth follow in search for survival hope.

The pubs in England will be packed for this one, for United’s first Saturday, 3pm since Project Restart.

2020 has been a unique year and more so for Bournemouth, who haven’t had their usual season-saving run yet and remain engulfed in the relegation battle.

Eddie Howe, still only 42, has long been praised as a talented young English boss but has never faced such a test in his almost eight years as manager.

Speaking on Friday, he admitted: “This is probably the toughest test we’ve had so this is where I’m going to ask the players to really dig deep for this club.”

Wednesday was a reminder of their predicament, languishing in the drop zone with six outings remaining, sitting one point from safety.

With all respect to Newcastle, Steve Bruce’s side hitting four against you in your own back yard wasn’t exactly encouraging for Cherries fans.

Captain Steve Cook said his team ‘played like kids’ and will need to mature quickly given their more than difficult run-in, facing Tottenham Hotspur, Leicester City, Manchester City, Southampton and Everton after their trip to Old Trafford.

Winger and key man Fraser has controversially left following unsuccessful contract negotiations and constant injuries have plagued the squad throughout the campaign.

Callum Wilson racked up his 10th yellow card last midweek, meaning this is the second game of his suspension – not a time to be without talisman.

Norwegian King, well-acquainted with his former United youth manager Solskjaer, scored an acrobatic goal in the reverse fixture but since then, 16 defeats from 21 games has seen his confidence erode like much of the team.

Howe is expected to ring in the changes as a statement following the embarrassing loss, hoping a change of personnel can prevent a seventh defeat in eight games.

“The six games we have are very difficult on paper but that can bring out the best in us. We need to elevate everything to a new level. What better time to start than tomorrow? That’s the mindset we need to have.” – Eddie Howe

Tuesday had all the hallmarks of a post-Ferguson stumble, but United’s electric first half meant they cruised to victory on the South Coast.

Mason Greenwood and Bruno Fernandes stole the show, making it 15 unbeaten for Solskjær’s side. An 11th league clean sheet was also a plus as David De Gea, Victor Lindelöf and Aaron Wan-Bissaka returned well.

Now, two points behind Chelsea, who play tomorrow night, and three from Leicester City, playing at the same time, the race for Champions League qualification is well and truly on.

Wolverhampton Wanderers are breathing down the Red Devils’ necks, currently on the same points, facing Arsenal in the tea-time kick-off.

If United are to be taken seriously again, nothing other than a win is acceptable as their return home for the second time this summer.

The boss was wary of underestimating the seemingly favourable run-in, telling reporters in his online press conference: “I’ve seen lots of quotes saying we have an easy run in but next five games – Bournemouth we lost against them earlier in the season, Aston Villa we drew at Old Trafford, Southampton we drew to them, lost to Palace, lost to West Ham.”

De Gea was largely a spectator in the 0-3 victory but pulled off two smart saves late on to preserve the clean sheet and put himself three shutouts away from the lead in this campaign’s Golden Glove race.

Luke Shaw looked better on Tuesday and Brandon Williams impressed during his cameo, once again giving Solskjær a tough decision.

Fellow defender Ethan Laird has officially been drafted in as a first-team member due to injuries in the back line as Phil Jones remains sidelined for a few more weeks, while Axel Tuanzebe was ruled out until September.

18-year-old Laird can play on either side at full-back and made his debut back in the Europa League loss against Astana last November.

Nemanja Matić was back to his best against Brighton & Hove Albion but is expected to be rested to avoid burning out.

Paul Pogba dominated again on Tuesday and is our pre-game player focus ahead of the match.

Marcus Rashford still looks slightly off the pace and, like him, Anthony Martial was also quiet against the Seagulls but both are set to accompany Greenwood in the dynamic forward trio unless Odion Ighalo’s physicality is preferred.

Finally, Solskjær mentioned there were a ‘couple of knocks’ so some unanticipated changes could be in order. The Manager of the Month nominee also warned of the Cherries’ dangerous set-pieces, so whoever is selected will have to be vigilant.

Fernandes and Martial have also been nominated for the Player of the Month, and you can vote for them here.

“[On being justified in his strategy this campaign] If you’re worried about what’s said about you, what’s written about you then you shouldn’t be in this job.” – Ole Gunnar Solskjær