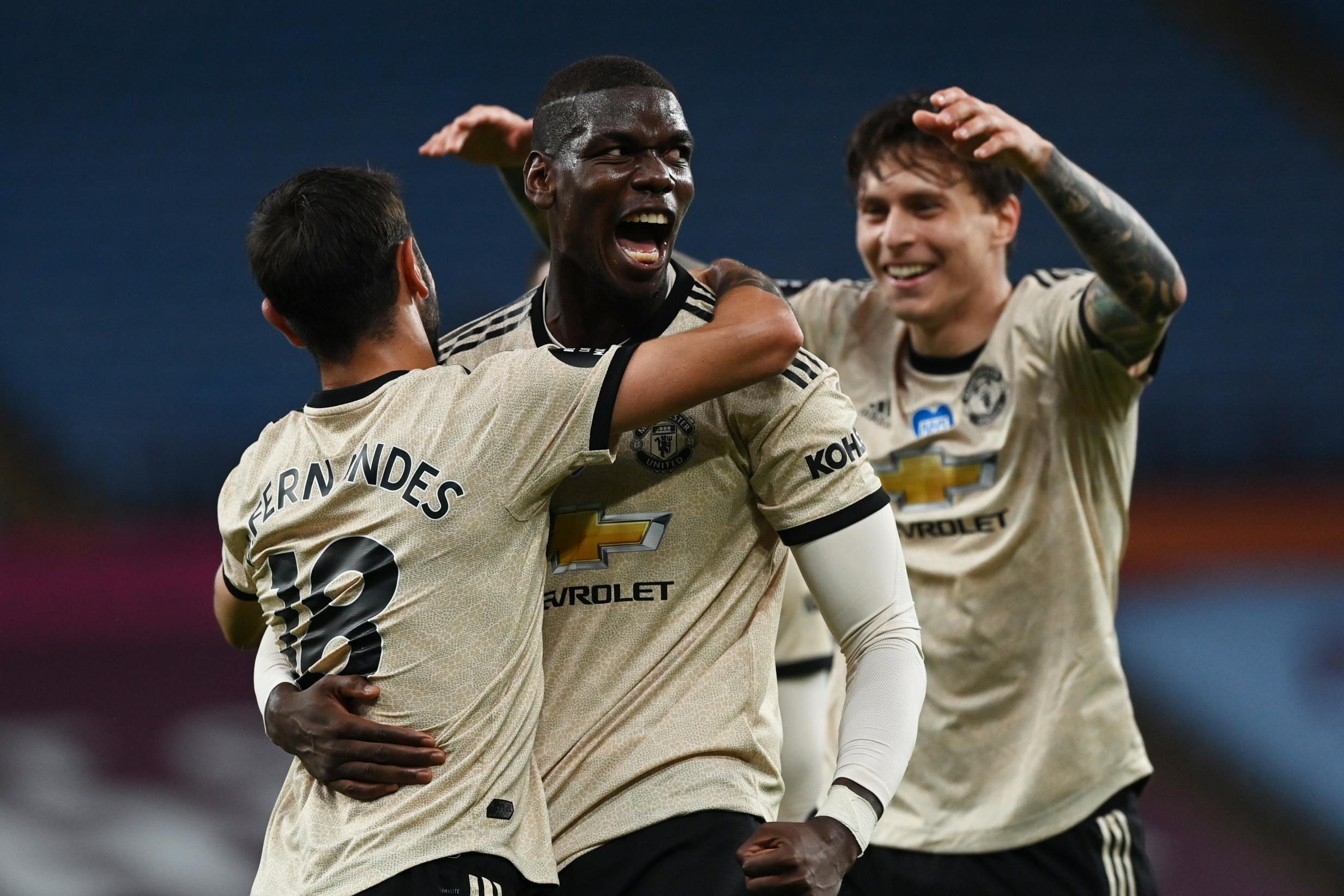 United have been absolutely bouncing since the restart, with 11 goals scored in the last three games alone and also remain unbeaten for 16 games in all competitions (WhoScored). In contrast, Villa haven’t won in nine league games and clearly feeling the weight of relegation pressure. That being said, the Reds cannot afford a slip up in the race for top four and although the remaining matches are all winnable, the reverse fixture proved to be a bit of a banana skin.

We noted the both the Villans and the Blades as potentially difficult games a few weeks ago. United’s performance against Dean Smith’s side at Old Trafford was one of the most frustrating of the season; the Red’s went a goal down after just 11 minutes and a peach of finish from Jack Grealish, and despite getting two back, only managed a draw. That being said, both teams were desperate for a win tonight and United could not underestimate a team fighting for survival.

There was a slight risk of miscommunication amongst the United back-line in the early moments of the game: players drifting out of positon, not sticking with their man, more than one defender going for the same header and so on. Not only did Villa manage to stay in the final third for the majority of the first 10 minutes, they also earned themselves a corner and a free-kick; the Reds remain a touch nervy around set-pieces – or at least us fans do – so this was understandably a nervy opening period.

A case of growing pains, perhaps? Although United began to ease into the game and start linking passes together and at pace – one of the biggest improvements we have seen in the side since the restart – the game was looking a lot more open than first expected and Villa certainly started the brighter of the two teams.

The first big chance of the game came from Jack Grealish, who received the ball at the back post and volleyed just over the bar – a huge let-off that could have seen him bury just as impressive a finish as he did in the last game. He would no doubt have come into the match looking to impress, given the serious links to United that are only growing more plausible as relegation looms over his immediate future.

There was a slight let-off in the form of the still compulsory drinks break but, frustratingly, United looked didn’t make the most of it and looked just as switched off after this short respite. Seconds after play resumed, Trezeguet was allowed to drift towards the edge of the box almost unopposed and, similar to Bergwijn’s goal for Spurs, got a shot off that rebounded off the post.

United were in desperate need of a wake-up call and this was the biggest one yet. Thankfully, it seemed to get through to them, as only moments later they worked their way up the other end of the pitch and, thanks to a clever swivel from Bruno Fernandes, earned their 13th penalty of the season – the most any of PL side in a single season.

The commentary box argued over its harshness and VAR completed the necessary checks, but it didn’t matter, as Bruno confidently picked his spot and gave United the lead in the 27th minute. It was a much need nerve-settler and a platform to build on, even if some good fortune/leniency was involved.

The chances started to come now, with both Martial and Greenwood moving very well to get shots but just not getting the placement and power to really test the keeper. However, the balance of the game still hadn’t really shifted and both teams continued to answer back at each other and complacency still looked a problem in not only defence but possession too.

The only real prolonged sense of rhythm came in the last five minutes of the first half, with two great patterns of play – the second of which nearly saw Bruno clench his second, who should’ve done better as his free header goes just wide. Although this wasn’t his most commanding performance, the Portuguese magnifico was still his vocal self and clearly having an influence on attacking moves.

Then, just seconds from the end of added time, Martial did well to dispossess Mings in the middle of the park and initiate a move. After being moved on by Bruno, the ball found its way back to the French forward, who played a simple lay-off for Greenwood to finish emphatically with a powerful strike into the right-hand corner with his (supposed) weak foot. A truly astonishing talent to watch.

United started the second half just as brightly as they closed the first, using that two-goal cushion as a springboard. In the 49th minute, after a cheeky drag back and subsequent cross from Rashford, Aaron Wan-Bissaka nearly opened his account for the club, missing an easy header at the back-post. The young right-back has had an amazing first season and his offensive game is improving every week – he looked to be just as willing this evening.

It didn’t take the Reds long to build on their momentum. In the 58th minute, after ironically ruling out Rashford’s effort as offside moments earlier, the ball found its way to Paul Pogba from a corner and the revitalised midfielder whipped a beautiful, low, arcing shot into the bottom right corner – not unlike his two ranged finishes against Huddersfield last season.

Credit to Villa, they continued to battle where they could and with simultaneously nothing and everything to lose. Unsurprisingly, it was ‘Super Jack’ that was putting in the most valiant effort – as he has done all season – and it nearly cost him an injury. As United were very much in the supremacy, Grealish had to drop deeper and deeper to even try and get hold of the ball, gradually fading away as time ticked on.

With such a comfortable lead, it was a pleasant sight to see the likes of Wan-Bissaka and Matic get a much-deserved rest, being replaced by Brandon Williams and Scott McTominay around the 65-minute mark. It has been nice to see these players be able to come on in their natural rotation roles over the past few games – a stark contrast to the near-baptisms of fire both had to endure breaking into the side. Bruno also earned himself a rest five minutes later, giving Fred the chance to enjoy some play-time, who will feel unlucky not being part of this midfield revival.

United may have started shaky but they were well and truly enjoying supremacy now, able to not only enjoy the majority of the ball but play patient, almost ponderous football at times. The likes of Maguire and Lindelöf were now stepping out with the ball and regularly found themselves beyond the half-way line.

It felt very much like heads were already on the next game and understandably so. This was only compounded further when James and Ighalo replaced Greenwood and Martial – the latter of which did not look too happy about, clearly hungry for more goals than ever. All of the five subs looked to have relatively easy cameos, bar Fred, who was clearly lacking a bit of sharpness and ended up being the third United player to be booked (Wan-Bissaka and Matic being the other two).

The final minutes were pretty much wave after wave of attack, albeit slow, steady and with almost total creative freedom. Rashford nearly got his second consecutive goal a few minutes from full-time, but it proved to be the last real chance of the game, as United cruised to a 3-0 win – the first team to ever win four games in a row by a three-goal margin.

The best part is, it could have easily been more and although Solskjaer’s men need to be thrashing teams by as many as possible in the eventually that goal difference plays a part in deciding European places, it’s nice to be seeing a United team this prolific again and we can’t really turn our nose up at recent results whatsoever.

Man of the match has to go to Mason Greenwood, not only because of his stunning strike but because he has been unlucky to pipped to it by Bruno Fernandes in previous games. The young starlet is virtually unstoppable right now; 16 goals, 5 assists in all competitions, and regardless of form around him, he already seems to be playing at the top level every week. Another great night for United and the Reds go marching on.