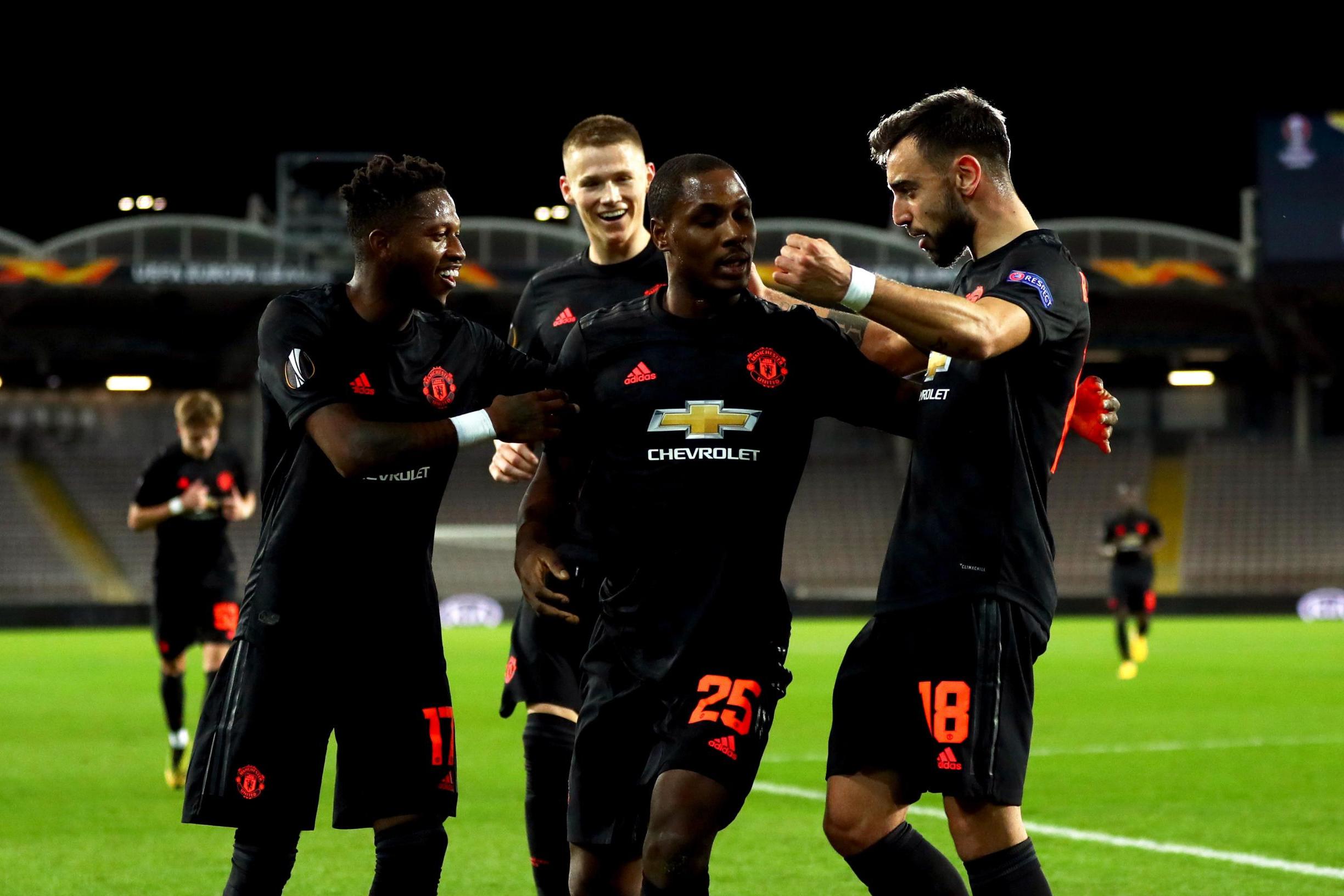 Ole Gunnar Solskjær’s men have a surely unassailable lead after hitting five in Austria, 146 days ago. Meanwhile, new manager Dominik Thalhammer will be keen for his side to make it more of a competitive clash this time around.

Copenhagen and İstanbul Başakşehir await in Cologne for the hosts, unless the visitors pull off the biggest turnaround in European history.

To say it’s an uphill task for the Linz outfit would be an understatement.

The fact the first leg went ahead without supported inside the Linzer Stadion was disappointing enough for the club. They missed out on a crowd and occasion that would go down in in their history, nevermind being beaten by a comprehensive scoreline.

The Black-Whites’ form since the first leg hasn’t been great either. They won just three times in their final 10 matches and lost their manager, but their players will cherish the chance of playing in the Theatre of Dreams to end a torrid end to the term.

League leaders before lockdown, LASK only managed fourth after Austria’s top-flight was divided into two, as Salzburg ran out title winners by a 12-point margin.

However, not all their troubles have been on the pitch. Boss Valérien Ismaël was sacked due to taking a regular training session in mid-May which went against Austria’s social distancing guidelines, leading to the club being deducted four points after an appeal.

Nine-year national women’s team manager Thalhammer was installed last month, and this will be the 49-year-old’s first match in charge after the relatively successful reign of Ismaël ended post-season.

To add insult to injury, top goalscorer Klauss has gone back to his parent club, Hoffenheim, following a fruitful loan spell – much like Samuel Tetteh returning to their Red Bull-funded rivals.

Group D’s winners would have to pull off one of the all-time great comebacks but have already bettered their best UEFA Cup finishes, having reached the round-of-32 in 1985 and 1986.

“We are not thinking in the direction of a result. We are looking to make ourselves better. Playing against teams like that, playing games like that in this stadium – that’s great.” – Dominik Thalhammer

Thanks to a final day, third-places finish, United won’t be competing in this competition during their next campaign as the Champions League awaits.

However, there’s no doubt that they’ll want to bow out of this 13-month term on a high and grab some silverware given the tournament-like setup in Germany following this game.

Solskjær’s side should play next Monday against either Danish runners-up or Turkish champions, before potential a semi-final (Sunday, 16) and final (Friday, 21).

It’s not out of place to say that the Red Devils haven’t been handed the best cards in terms of fixture scheduling this season but can count themselves lucky to have all of their possible clashes in Cologne rather than trips across North-East Germany.

With a new domestic campaign looming, Solskjær says United will ‘hopefully’ have some help in terms of congestion and easing back in.

Back at one for one last time this term, United will don their new kit.

The players wearing those new jerseys won’t be the stars you might’ve seen modelling it as, despite the boss saying the team will look similar to the XI that started the first leg, rotation is expected to be rife.

Like in most of their Europa League games this season, the Red Devils’ academy graduates are expected to gain some valuable minutes.

All 10 outfielders could potentially be Carrington’s own crop but between the sticks, Sergio Romero is set to make his first appearance since the first leg in March.

In front of him, Ethan Laird and Teden Mengi could make their first senior starts, alongside Eric Bailly and Brandon Williams – freshly backed with a new four-year contract – unless Diogo Dalot is given a long-awaited nod.

Timothy Fosu-Mensah might also play on either side given his versatility, but the Dutchman has been involved more than other full-backs as of late.

Middle pairing Fred and Scott McTominay should start unless James Garner is given an opportunity. As who’ll play ahead of them is harder to predict.

Daniel James and Juan Mata, both first leg scorers, have waited patiently for rotation since FA Cup games, so will be hopeful of 90 minutes.

Meanwhile, Tahith Chong and Mason Greenwood may well be blooded and earn themselves some goal involvements.

Joining his manager in the pre-match press conference, Jesse Lingard was confirmed to start and is likely to captain the team.

The 27-year-old was honest on his campaign so far, saying: “I know I’ve not had the best of seasons, and lockdown I wanted to impress the manager. The hard work paid, pressing the ‘keeper in the last-minute paid off [against Leicester] and a goal gives you confidence. I am looking forward to playing in the next game.”

Lingard has struggled off the pitch too, showing how a bubbly exterior can sometimes be masking personal issues that we can’t visibly see.

Cup cult hero Odion Ighalo, who scored a scrumptious strike in the empty Linzer Stadion, is expected to lead the line.

He’ll be keen to score at the Stretford End for the first time, in an albeit empty arena without fellow fans.

Finally, to the injury list, Luke Shaw and Axel Tuanzebe have been omitted from the 30-man squad for the remainder of the tournament due to injury, while the still-sidelined Phil Jones has been named and could feature.

Young goalkeeper Nathan Bishop has also been included and two more academy debuts handed out by Solskjær would equal Louis van Gaal’s record, which was 12.

“We’re four games away from winning a trophy. The team has developed all through the season, we’re delighted with finishing third but the next step is winning a trophy.” – Ole Gunnar Solskjær