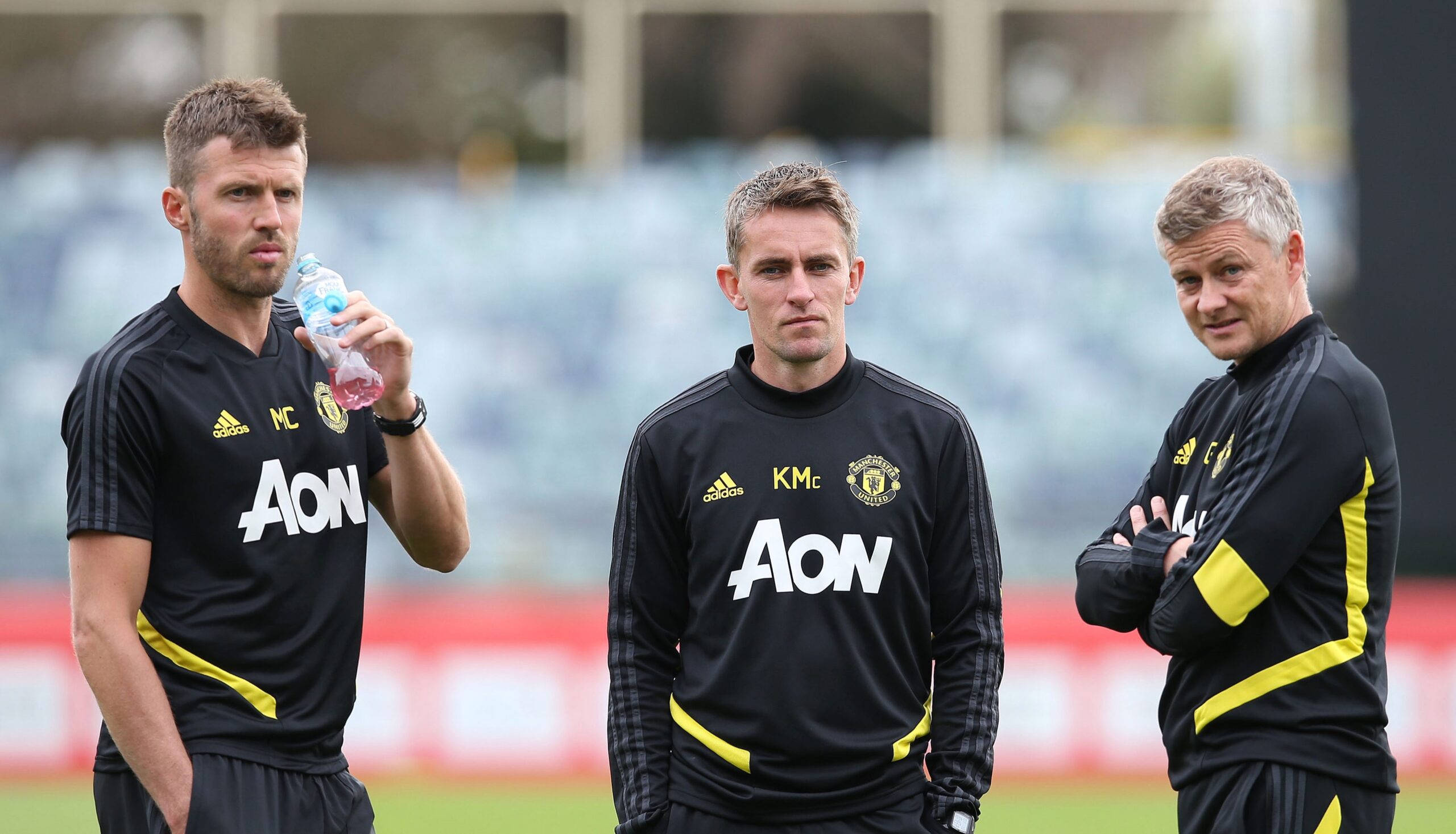 With the domestic season officially over and only the knockout rounds of the European competitions left to play for, attention rightly turns to the transfer market.

Manchester United have had a stellar two windows since Ole Gunnar Solskjaer took charge and although it’s hard to argue with any of the five signings made under his tenure, it’s clear that work still needs to be done.

The club’s main focus quite clearly seems to be on securing the signature of Jadon Sancho, who has been linked with a move to Old Trafford for well over a year now. The likes of Jack Grealish and many others – including the most recently tipped, Gabriel Magalhaes – have also been thrown around over recent weeks, but one addition United should make is to the backroom staff.

As reported a couple of months ago, one of the major factors in the Red Devil’s revival has been their coaching restructure. With Ole at the wheel, Mike Phelan as first mate and both Michael Carrick and Kieran McKenna playing an instrumental role in tactics and youth integration, things certainly feel more like the good old days. However, one key aspect of the coaching still seems to be lacking: set-pieces.

In the Premier League this season, we have scored a somewhat middling 8 goals from set-pieces, but the more pressing concern is in defending them. United have conceded 11 goals from corners and free kicks (the fifth-most of any team in the division) and what’s more, even outside of those converted, the defence can regularly be found floundering as the ball comes in.

Whilst Liverpool might have been mocked for bringing in their specialist throw-in coach, Thomas Gronnemark, many believe he has made a real impact.

That being said, true set-pieces are a much more recognised and often crucial part of the game – just look at the ’99 Champions League final – and arguably when United look the most unconvincing on the pitch.

The combination of David de Gea’s turbulent time of late and the Harry Maguire-Victor Lindelöf connection still developing has meant we often get away with opposition chances this season, rather than actually defending them.

But this issue isn’t limited to just this season: dealing with set pieces has been an issue for a number of years and many fans wince at the sight of conceding a corner or free kick. United have missed/squandered so many opportunities through set-pieces and I think it’s time we change that.

So, where should we be looking?

When you’re thinking of recent examples of set-pieces making the difference, you might think of the 2018 World Cup, or Liverpool’s quickly-taken corner in last year’s Champions League semi-final.

However, high-profile plays like these are often singular moments of brilliance – what we’re looking for is evidence of proven and consistent quality in dead ball situations. A recent article points towards one possible location you might not expect. Denmark.

Back in June, Dylan Buesnel of Total Football Analysis broke down the data from the 19/20 Danish Superliga season and found that not only do Danish sides score more set-pieces than any league in the world, but the intricacy with which these plays are designed are akin to those seen in the NBA and NFL.

FC Midtjylland – the team Marcus Rashford made his dream debut against in 2016 – scored the most this year, with nearly a dozen before the season had even resumed. But that’s nothing. In 2015, they scored doubled that amount by March, tallying 22 set-piece goals in 21 matches. That’s 1.05 per game. A set-piece goal every game.

Moreover, for teams like Esbjerg, set-pieces make up as much as 45% of their total goals and whilst overall numbers have come down in recent years, this is only because coaches are now spending just as much time schooling players on how to defend them. So, who is responsible?

There are obviously numerous coaches around the world that are now investing more time in this key part of the game, but given the information above, one stands out the most. The man behind Midtjylland’s incredible 14/15 season is Brian Priske, who was in charge of set-pieces as well as being the team’s main defensive coach – the exact combination United are crying out for.

Not only did he lead FCM to their first-ever league title and taste of European football, but he has also worked his magic elsewhere in the Danish game. Piske’s became a hot property almost instantly and was quickly snapped up by the league heavyweight, FC København, who he helped romp home by nine points the following season and 12 the year after.

The only problem is, Priske’s rapid rise has already seen him graduate from first-team tactician, to assistant coach and now manager. He returned to Midtjylland on an interim basis in August of 2019 but has since led the side to their 3rd title, he’ll most likely get the full-time job – a very similar story to Solskjaer’s ascension in fact.

The connection to Ole doesn’t stop there. Whilst they may have learnt the trade in different Nordic countries, the Scandinavian connection is still is hard to ignore and both helped their respective teams win their first titles.

Furthermore, given their proximity, the style of the Danish Superliga is very similar to the Eliteserien (Norwegian first division) and often share talent pools, so his addition could bring further insight to supplement Ole’s knowledge on those playing in that part of the world.

The question is, would Priske even be willing to drop down from management and back into a strictly coaching-based role? He is clearly a talented tactician and has managed to win a title at the first attempt, so he clearly has a bright future ahead of him.

One thing is for sure, with modern football becoming more tactical as time goes on, set-pieces are playing a greater role in football and the Reds are currently underperforming in this area. After a great season, where huge steps forward have already been made, United could help set themselves up for a huge campaign with this key acquisition. Priske or not, a set-piece coach is a must.

Jadon Sancho’s arrival gives Manchester United a variety of attacking options in the final third
Sanchez out, Sancho in. The latest move in Solskjaer’s cultural reset at Manchester United
To Top