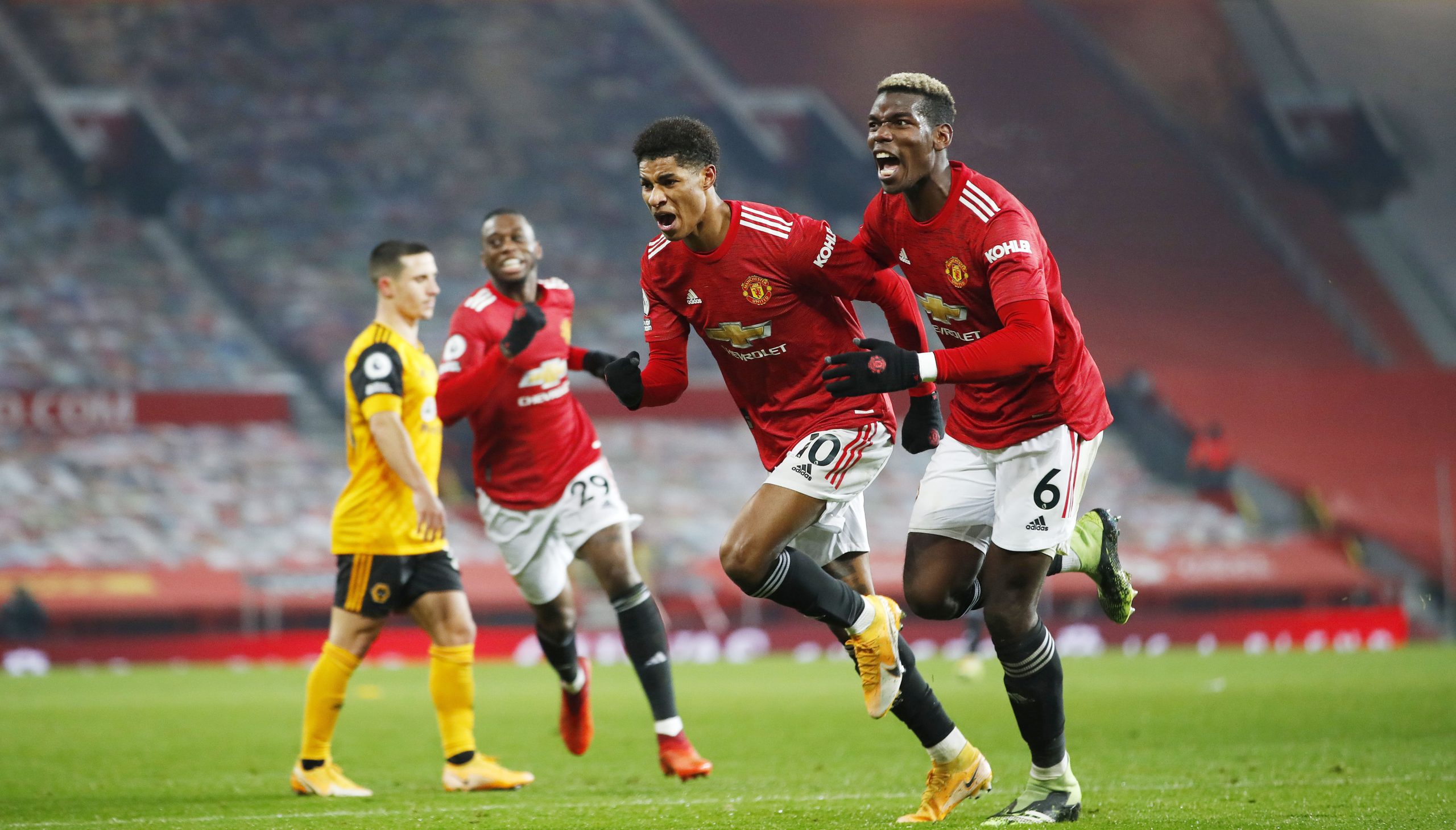 It’s not even halfway through the season yet, so Reds all around the world should be careful when it comes to getting too far ahead of themselves re: title hopes etc. On paper, United are in the strongest position in league they’ve been since Fergie retired and you would certainly fancy their chances in the cup competitions too – Europa League included – but there are a lot of games still to be played.

Regardless, it goes without saying that there is a serious sense of positivity, belief, momentum and, crucially, determination buzzing around the club. United’s latest win against Dean Smith’s ever-improving Aston Villa side, in particular, capped off what should be seen as a significant turning point for the squad, as it saw them finally capitalize on the results around them and climb up the table in the most opportune moment so far this season.

To some, a 2-1 at home against Aston Villa is a game that United should always be winning, and that is certainly the level you’d hope for. However, in reality, that kind of fixture and tightly contested match is very much the kind of game that United simply wouldn’t have won in recent seasons. The difference is, this time they did and they now sit joint-top of the table. Not bad for a ‘PE teacher’…

A Change in Patterns

In fact, almost serendipitously, the Reds found themselves in similar circumstances the last time the Villans visited Old Trafford in the league. Last season, when Ole’s men seemed to be constantly on the cusp of breaking into the top four, they dropped points in crucial moments (Newcastle, Burnley, the exhausting 3-3 against Sheffield, to name a few) and the 2-2 at home to Villa was just such an occasion.

Fast-forward to a relatively similar point in the following season and whilst the late capitulation against Leicester felt more like a loss than a draw, not to mention similar to the pattern that emerged last year, a lot has changed. Fans feared the start of the same old story and, in truth, there’s still lots of time for things to change, but for now, it remains a blip that the players quickly put behind them.

In addition to the goalposts being moved significantly – going from perpetually chasing top four to keeping up the leader of the pack – the reason the following wins against Wolves and Aston Villa are so key is because they felt like the return of that old school, Man United winning mentality.

For so many years, the same old story meant something very different – it usually meant one of three options: “United come from behind”, “United win it late”, or “United blow the opposition away”. If you include that magnificent display against Leeds in this recent sample of results listed above, then you get one of each of those examples of a classic United style of performance.

There is a number of reasons for this shift, or rather, return to a mentality that resembles the great United sides of old and, more importantly, winners. The first is, obviously, Ole: for all of the media’s attempts to downplay his influence, he served the club during its greatest era and knows plenty about what both Man United and winning are all about. Here’s a hint: they’re synonymous.

The second and, arguably, most crucial is the immeasurable impact of Bruno Fernandes. United have won points than any other club since he signed. That’s impact. Of course, you can measure a degree of what he has contributed to the club so far through his astonishing number of goals and assists, but it is his natural leadership qualities first and foremost that seems to be driving this team to evolve beyond often brilliant but astonishingly inconsistent. So much is this the case that even in the aftermath of the Villa game, Fernandes’ first thought was on the lessons they’d failed to learn against Leicester.

Many Ways to Skin a Cat

This leads us nicely on to the next key reason and that is the development of their game and how United are learning (through necessity) how to win games differently. It’s all well and good blowing a newly promoted Leeds team who’s open style of play suits counter-attacking football, but the best sides learn how to grind out results and win ‘ugly’, so to speak. The games against Wolves and Villa – both of whom are difficult to break down defensively – epitomise exactly that.

Anyone that thinks every game under Sir Alex was vintage United has a very selective memory; there were umpteenth games every season where teams would sit back and try to survive wave after wave of attack and sometimes it took patience, inviting them out of their own half, or pure luck to get the win. There is huge value in getting these kinds of results and every title-winning team has those moments.

The Wolves game, for instance, is the kind of fiendishly frustrating set-up that United have struggled to break down so many times in recent years. Notwithstanding, whilst the ball from Bruno to find Rashford was typically intelligent – as was Marcus’ familiar body-feinting to gain a yard of space – that match-winning goal wouldn’t have happened without a bit of good fortune, but that’s nothing to turn your nose up at. They were the better team on the day and, by hook or crook, their persistence paid off.

Focusing on Area to Improve

Adding the huge result against Villa on top of that, one which despite conceding, failing to take their chances as Bruno mentioned, but did require United to spend a large portion on the game focusing on, you have yet another manner of victory that is equally important. Defence has been United’s Achilles’ heel for some time now and whilst it was by no means perfect, that game showcased some of the best and most valiant defending – Bailly performance, in particular, was a memorable one.

Furthermore, whilst they do have lapses in concentration, they are gradually applying keen focus to key concerns. Instead of starting slow and conceding early, they are now starting fast and grabbing goals as early as possible; they have switched off defensively at times this season, but they no longer allow their heads to drop and always believe they can score the next goal to change the game.

All that being said, the celebrations from the players at full-time on Friday showed that they understood the magnitude of that win, not just in terms of points, but in the way that they hung on in a game that may well have drawn this time last year.

Striking While the Iron’s Hot

What’s more is, with that kind of mindset – never fully happy with your performance (nor should they be) – they are constantly looking forward and shifting their focus onto the next challenge: in this case, Liverpool. Now, there are games to be played between now and then – the Carabao Cup Semi-Final against City, for one – but the most encouraging part about the current climate at United is that they are positively gagging for every game.

Despite the possibility of a week’s rest before a second derby on the 17th, the United camp were insistent on maintaining their momentum and match sharpness, and called for their postponed season opener against Burnley to be played in that window. They want to arrive at Anfield having played the same number of games and knowing objectively where they stand in comparison to the reigning champions.

The Villa game saw United draw level on points will Liverpool and rather than rest on their laurels or enjoy some respite following a high-stakes Manchester Derby, they pushed for the road less travelled by got their wish. They now travel to Turf Moor just five days before what could be the biggest game of the year. Now that’s a change in mentality. Whichever way the points fall, it’s clear United know that these next couple of weeks and the season, in general, is a huge opportunity and they don’t want to waste it.