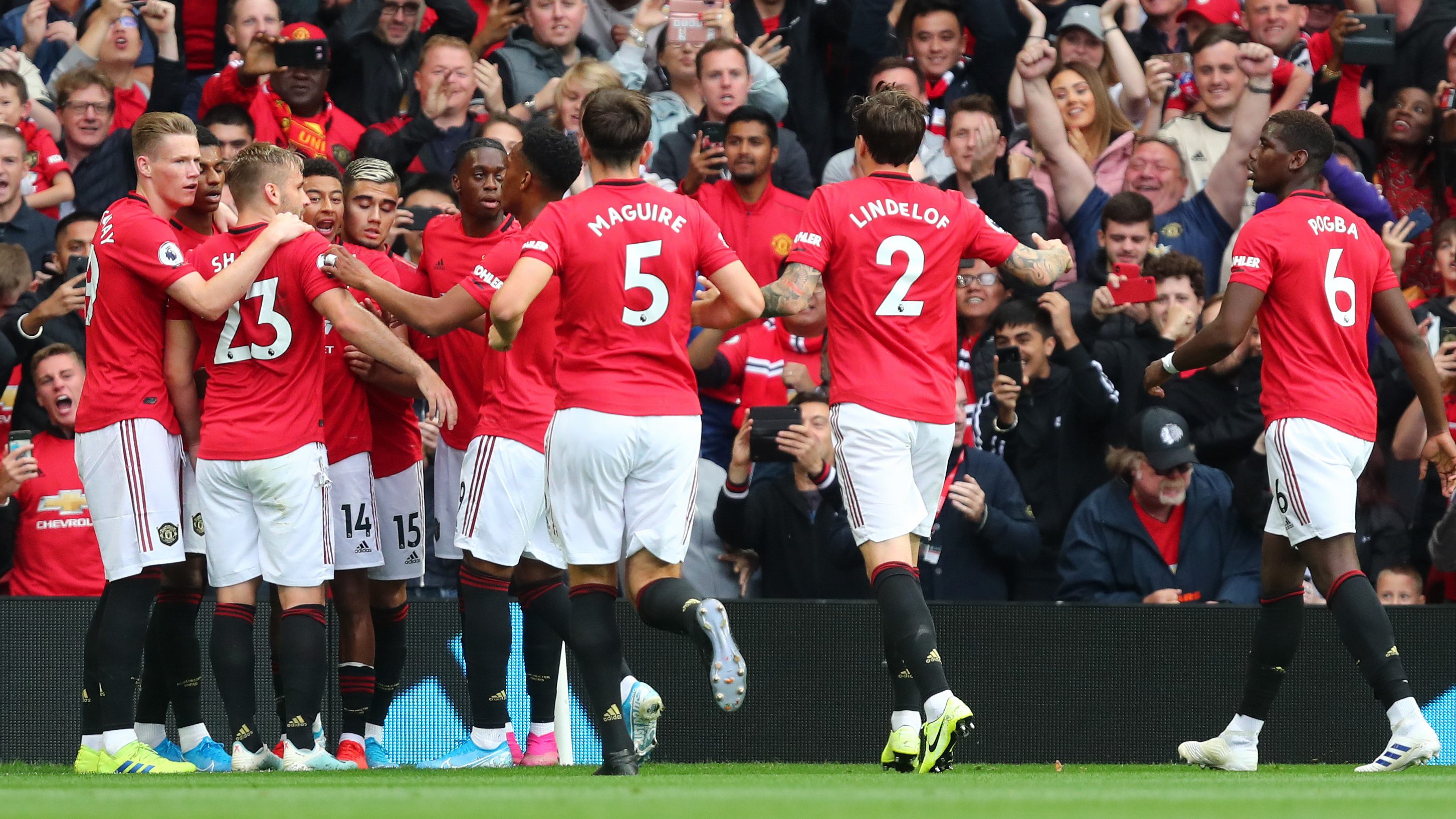 It was an emphatic result and, for the most part, performance from United yesterday as they thrashed their opponents, Chelsea.

In vintage Ole Gunnar Solskjær style, the Red Devils were lethal on four occasions when they charged forward on the break; leaving The Pensioners blitzed by the young guns of Old Trafford.

Although it was only the first game of many during 2019-20, with no need to get carried away, here are five things we learned from the opening game of the season.

When United splashed out £80m for England international Harry Maguire, eyebrows were certainly raised. However, it could almost be considered the going rate for a Premier League-proven, English talent moving up in the division like the 26-year-old has done.

Born in the steel city, Maguire was cast iron at the back and marshalled the defensive unit comprehensively. The former Leicester City man’s impact was typified when he out-muscled Chelsea striker Tammy Abraham to get his teammates moving towards the crucial second goal.

Alongside José Mourinho doing punditry for Sky Sports, Graeme Souness was in awe of the world’s most expensive defender, described him – like the world’s best centre-backs – as a magnet for the ball, always seeming to be in the right place at the right time.

It was a colossal debut, which earned him a 9/10 in our player ratings. Maguire was never dribbled past, made the most clearances with seven, started five attacks, had the highest number of interceptions with four and made two blocks to help make it one clean sheet. No wonder Paul Pogba calls him ‘the beast.’

2. Wan-Bissaka will be a fan favourite

Following an impressive pre-season, ‘The Spider’ showed his defensive prowess in abundance against Pedro and co. whenever a blue shirt strayed into AWB’s territory.

A super statistical showing was complimented by a visible willingness to get up and down the right flank and get most of Old Trafford on its feet to, either urge the new signing on bombing down the line or cheer another typically ferocious tackle.

£50m to Crystal Palace looks a decent deal at this point, and the 21-year-old can certainly nail down that spot for a long time in a red shirt; even with competition from fellow youngsters such as Diogo Dalot – who wasn’t included in the matchday squad.

With a starting XI boasting an average age of just under 25 years of age – 23.7 minus David De Gea, Solskjær matched adversary Frank Lampard by going with a few younger players over seasoned professionals yesterday.

The academy central midfield trio of Scott McTominay, Andreas Pereira and Pogba was employed by the Norwegian boss, who favoured the graduates over more experienced men such as Fred, Juan Mata, and Nemanja Matić.

Pereira pressed well and Pogba picked up two wonderful assists with two piercing passes, while McTominay grew into proceedings to put his stamp on the game. The 6ft 4in holding midfielder made his presence known, never shying away and proving his big-game worth.

Also, Daniel James, who we’ll get to soon, came on shortly before Mason Greenwood – who’s still only 17 years of age. However, one of the most noticeable signs was that, despite both travelling with the squad, neither Phil Jones or Chris Smalling were included in the 18. That was due to Axel Tuanzebe’s inclusion, a vote of confidence for the central back by Solskjær.

The summer transfer window may have not been one that saw wholesale changes but a saving grace this campaign could well be how much youth is allowed to flourish throughout the term under a trusting manager.

4. DJ can keep the party going

To round off an overwhelming positive opener, James entered the fray in the 74th minute and seven minutes later, put the ball into the back of the net.

It was an ideal example of how James can be effective off the bench against tired defenders, who are unlikely to be able to deal with his tenacity and speed – which is an X factor according to Solskjær. The 21-year-old’s electric pace over ‘five, ten yards’ was described by two-goal teammate Marcus Rashford midweek as “the quickest [he’s] seen.’

In spite of being ‘gutted’ not to start, the Wales favourite was determined to make his mark. He did exactly that when Pogba played him through to slot home at the Stratford End past Kepa Arrizabalaga via a deflection off left-back Emerson.

Erupting with a passionate celebration in an ‘amazing’ atmosphere with his teammates, it came 10 weeks on from his father tragically passing away suddenly, as James had his ‘dream come true’ at the theatre of them.

You can find more words about yesterday in our quotes of the day.

For decades, The Theatre Of Dreams has been lauded as a special place to play football. Whether it’s in red or not, players across the globe know the history of the stadium and it’s backing supporters.

One of the new pre-season negatives was that Ashley Young was booed by fans in Singapore, a rare occurrence for The Red Devils. Although, yesterday proved the vast majority of supporters are still as classy as ever, chanting Mourinho’s name to him in the punditry box midway through the second half. The two-time Champions League winner blew a kiss and waved to the nearby reds, showing some sentimentality towards his former fan base.

It may have been tongue-in-cheek as Chelsea were the opposition, but the gesture was one of good faith to a man who helped bring three trophies to Old Trafford in just under two-and-a-half years.

What else caught your eye yesterday? Let us know!