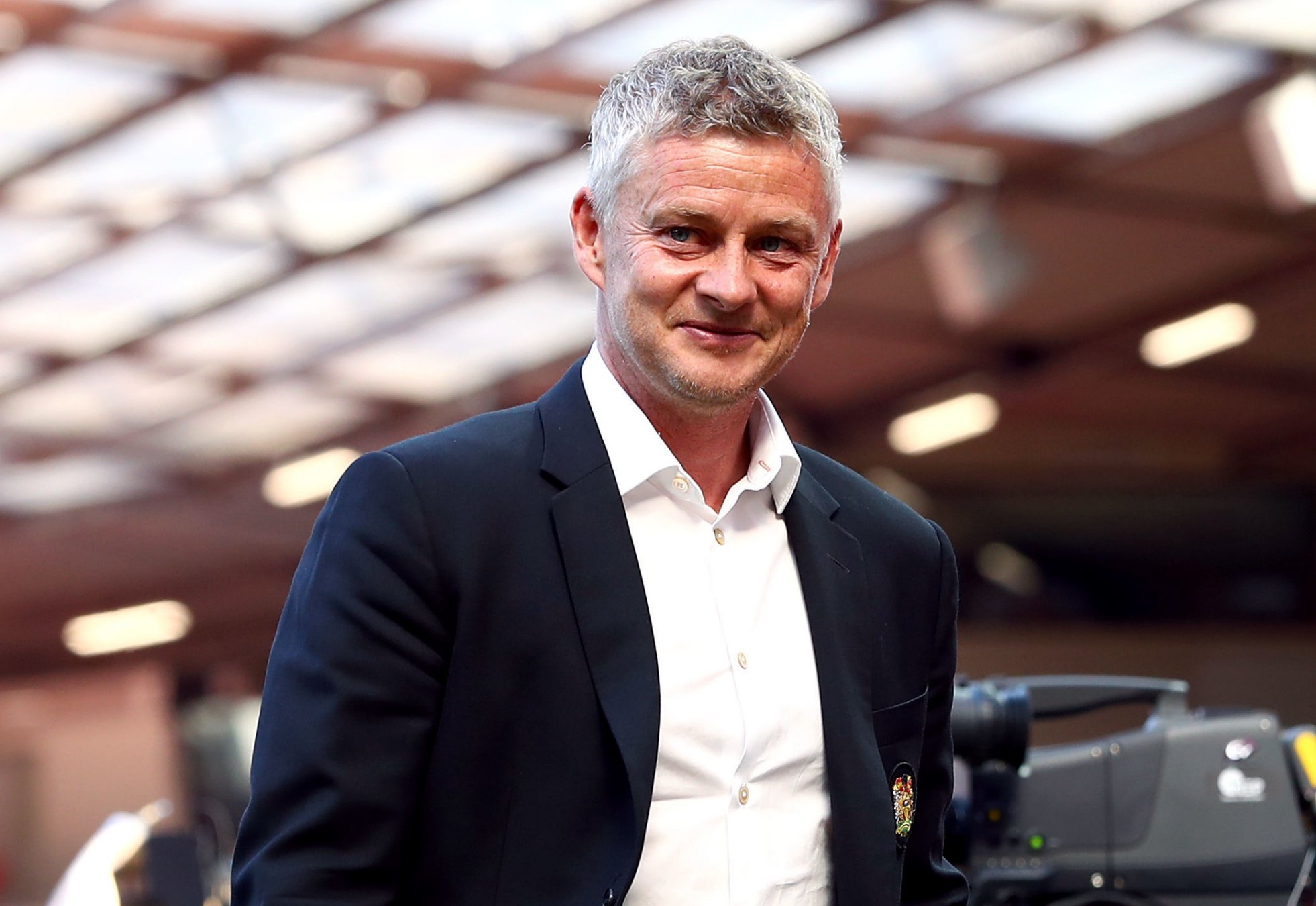 It seems like it’s been a long time since we’ve been able to say this with a straight face, but it seems that United might finally themselves have a bench. So many times over the past few years, probably ever since Sir Alex, United have found themselves in a situation where they need a spark of energy or someone to come on and shore up the defence, only almost every option we’ve had has been out on the pitch already.

The likes of Moyes’ and Van Gaal’s teams had plenty of players to fill out the squad; Van Gaal’s talented forward line and ‘Schmidfield’ certainly looked the part on paper, whereas Moyes seemed more intent on dismantling a title-winning side to prove he could do it with his own. Yet they never proved to be competitive enough on the pitch and there were certainly no real match-winners on the bench.

One of the best parts about Ferguson’s teams is that with each regen, he not only managed to assemble a starting eleven that could compete at the highest level, but build a wider first-team squad where could rely on several people to come on and change a game/see out a result. Ole himself—the original super-sub—knows that all too well. In 36 appearances, he scored a total 126 goals, with a record 28 goals of those coming off the bench – a truly astonishing record.

Fast-forward to now, with Wednesday’s match against Sheffield and maybe even after Spurs, to a degree, and what both games seemed to show is that United now genuinely have the personnel to either dispatch teams with conviction, or turn to someone to come on and make a noticeable impact. That statement might need more unpacking, so let’s do that.

I’m not saying we have world-beaters all over the pitch and warming every seat on the bench, but what we do have is several players in the same position, nearly all of which can make a case to be starting ahead of their counterpart. In short, I think two things have enabled this to happen: one is the return of Paul Pogba but most crucially, I believe, is the signing of Bruno Fernandes.

This is not to go in and argue one is better than the other, although Bruno’s creative output and goal contributions in so few appearances have been remarkable, but what his addition has taken immense pressure of the Frenchman’s shoulders. I know the ‘bring in such and such and you will finally unleash Pogba’ rigmarole had become somewhat of a broken record, but in this case, I think Bruno’s introduction finally has the potential too.

Interestingly, it seems to have never been a case of “bring in Fred” or “let Herrera do the dirty work”; “keep Matic at the base in order to allow him freedom” etc. Instead, it seems that Fernandes is finally helping lift the playmaking burden from Pogba’s shoulders. These previous arguments were all valid to an extent, but what Sheffield proved (and hopefully the remaining games too) is that it wasn’t just a case of freeing Pogba from his other midfield responsibilities: it was about complimenting his strengths with someone just as capable and not relying solely on him to supply the forwards and set off attacking moves.

Against Spurs, Bruno looked to carve out something against an extremely compact Mourinho low-block, but in the end, it was Pogba who came on and won the penalty for Fernandes to slot home. Meanwhile, against Sheffield, although Pogba was by no means passive (showcasing some more ridiculous dribbling), it was Bruno who pulled most of the strings and was vital in the build-up for the second and third goals. Regardless, we saw one game that was nearly won by impact off the bench and another where the quality was so assured that we were able to sub five players off and not just look competent, but that the replacements might score more.

Ironically, with the two now probably the first on the team sheet, we have gone from one kind of selection issue to another. Whilst before we were relying on chucking McTominay in at the deep end and starting every week, or plugging holes with the likes of Lingard, Mata and Pereira in positions that didn’t really suit them, now we are left torn between who to give that last spot in the midfield.

Whilst many, quite rightly, look to Fred, given that this has been his best season so far, the stats don’t lie and not only have the results been mostly good with him in the side, but in the 21 matches that Matic has started, United have recorded 14 clean sheets and only conceded 11. McTominay, on the other hand, serves as more of the workhorse role, with plenty of energy, a strong physical presence and the stamina to go the distance.

The point is, there are now not only players to come in and replaced those injured, but there are several who can genuinely stake a claim for their starting spot – and not just in the midfield either. With Rashford back fit and Martial finally looking like a proper number nine, the right-wing spot has any number of players queuing up.

Whether it’s James looking to rediscover that blistering role he had at the start of the season and still providing wonderful service into the box, or Greenwood: believed to be the most natural finisher and, like Marcus, looking to play as more of an inside forward and as part of what could be one of the top European trios. Either are fantastic options and, depending on the opponent, can be argued over the other as to who is the most suitable choice.

Whilst the right-wing vacancy might not be directly filled by either one of Pogba and Bruno, of course, the players that can now go there are directly impacted by their presence – that third midfielder certainly is. Although it’ll be a tough ask for Pereira and Lingard to fight their way back into that side, at least now they can be substituted on in more natural positions and try to earn themselves a chance next game, not to mention

Same goes for James and McTominay: perhaps now they can default to options off the bench as intended, looking to provide a shock injection of raw energy or physicality when they come on and run teams on their last legs ragged. In fact, I get the feeling that despite having featured so regularly and with Scott having signed a new deal, both will be happy to have gotten to much playing time already and, like Juan Mata, are happy to come on serve their purpose as and when.

This situation is similar in defence: although Shaw seems to be just about holding on to left-back for now, his last two performances have been worrying and he will have to fight off the likes of Williams, Dalot and more to stay in the side. Lindelöf has been perfectly serviceable this season, but for many (myself included), Eric Bailly is the better choice to start alongside Maguire. Either way, both are great options and can offer different traits, whether that’s starting or coming on as a sub.

We may even go so far now to say that the once irreplaceable, David de Gea is now seriously looking over at his shoulder too, given the performances of Dean Henderson. The young Englishman has been monumental for Sheffield this season and United are rumoured to already be considering him for the number one spot. Many still believe he is the best goalkeeper in the world, Ole included, but these errors cannot continue to creep into his game. He’s been at the top for so long that I think this is the perfect motivator for him to try and spur him on.

Competition for places is a fine balance to strike, but the best teams manage to use it as a driving force, second only to winning as many games as possible. Not only does it mean you have a go-to ready when someone misses out through suspension, injury, or is just out of form, but it also means that every minute a player on the bench is gifted has an added incentive. Every second on the pitch is an opportunity to prove themselves and keeps everyone on their toes in turn.

Fergie was so successful for so long because he ensured that no matter how many times he had to rebuild a squad, he kept that healthy competition at the heart of the culture. Players that filled out the squad might not have always been the very best in the team – think Butt, Fletcher, Park and Ole himself – but they gave every when they came on often unseated others, only for the cycle start all over again next week. The gaffer once said “defences win you titles”, well so do benches.

Three players who will be looking to impress against Norwich City
5 things we learned: Brighton 0 Manchester United 3
To Top